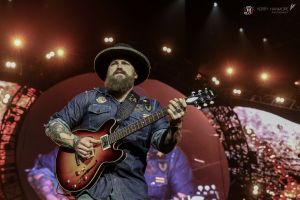 The Zac Brown Band brought the C2C: Country2Country festival to a rip-roaring finish on the Sunday night; probably in a similar way to finale fireworks marking the end of an incredible, weekend long celebration. Rockets erupted at the start, traffic lights slow things down and let you catch your breath, and then the Catherine Wheel on a slow burn, getting faster and faster in a spinning, whirling flash of colour, rips the nail out of the post and flies, screaming through the night until it hits its destination with a thud and the light goes out.  Totally exhilarating and leaves you breathless.  Well that’s how I’d describe the multi-platinum Zac Brown Band’s set anyway. 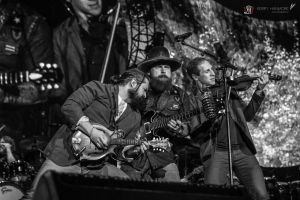 Homegrown marked their arrival on stage and a cheery Zac, with a smile beaming from ear to ear, delivered from start to finish.  He and his band bounded from hit to hit on a rollercoaster of emotion, slowing down for songs like ‘Goodbye In Her Eyes’ and their new song – a homage to good father’s everywhere, ‘My Old Man’.  This performance was particularly emotive and Zac’s vocals crystal clear.  I turned to my left and my friend was in tears, moved by the lyrics and the loss of her father a year ago. I turned to my right and the girl next to me was sobbing her heart out, wrapped in her partner’s arms.  It wasn’t just the girls crying either; such is the power of a great songwriter.  If you weren’t all spent from the emotional wrench of ‘My Old Man’, then the contrast of The Charlie Daniels Band cover ‘The Devil went down to Georgia’ was enough to have the most nonchalant of concert goers out of their seat and clapping their hands.  I was pretty sure that Jimmy De Martini’s fiddle was about to spontaneously combust at some point during this song, such was the speed and intricateness of his fiddling! 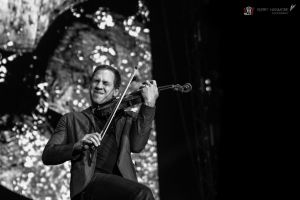 Island inspired ‘Toes’ proved that the crowd needed no prompting to remember any of the words to any of the songs played tonight.  There were no fair weather fans here but hard-core, fun loving, country stalwarts who all wished they could get up the next day, roll down the windows on their trucks and blare ZBB out of the windows as the sun shines down on their way to work.  Oh yeah, just remembered this is England, the truck is actually an Audi and the sun doesn’t shine very often.  The Zac Brown Band have the ability to completely transport you away to their world, get lost in a haze of melodic, beautiful harmonies, powerful vocals and have one of the tightest group of musicians in the business. 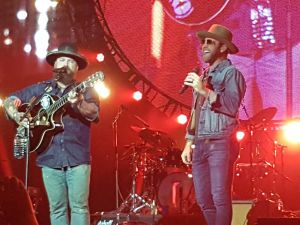 An incredible cover of Queen’s Bohemian Rhapsody that I believe Freddie would have approved of, earned them one of the biggest cheers of the night and was closely imitated by an equally amazing cover of the Who’s ‘Baba O’Riley’. Brave covers for a country band but easily conquered.  Everyone’s new favourite, Marty Stuart was invited back on stage for a show of incredible guitar work on ‘Keep Me in Mind’ and once rising star, now just star of C2C ’17, Drake White came on to blend his amazing vocals on Free/Into the Mystic. 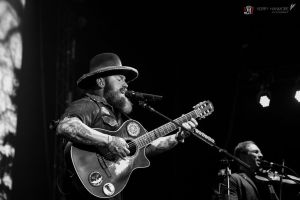 Every song, every string plucked, key plonked or drum beat was nigh on perfection for me.  From the beautiful ‘Colder Weather’ to the final encore of ‘Chicken Fried’ proved that the versatility of the Zac Brown Band is proved beyond doubt. They are as just at home with sure-fire, country predictability singing about beer, blue jeans & girls as they are mixing genres – soul, rock, blues, the list goes on.

Personally, I want to hear Dress Blues just once live to complete my ZBB wish list, but I think they came pretty close to perfection tonight as they could possibly get.

As She’s Walking Away

Goodbye In Her Eyes

Keep Me in Mind

Day That I Die