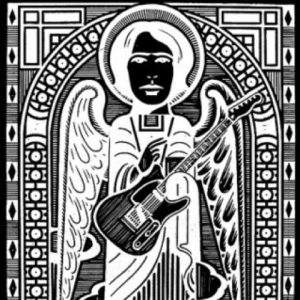 Grievous Angel Promotions in Corby, Northamptonshire has been born out of a love for Alternative Country in an ever evolving and provocative pocket of the country music genre. Paul Mason is the man at the helm of the vehicle, instrumental in bringing the sound of Americana to Corby. After almost a year of slowing building an audience locally, artists are beginning to come back for repeat performances – firmly putting Corby on the map and proving that Americana can touch the heart of places you never previously imagined. Corby has always had a country following down to a large number of Irish & Scottish settlers who came to work at the steelworks in the 60s. However, this is a largely traditional community, so it is fantastic to see the love for modern and non-commercial vein of the genre growing. Here’s a quick rundown of who is performing at The Hut soon:

On Saturday 25th March, Hannah will be part of a sensational bill, which also features Clubhouse Records’ latest signing, Luke Tuchscherer Music, and Sophia Marshall from The HaveNots. The evening will be held at The Hut in Corby and tickets are a mere £6 adv. Hannah will be playing selections from her critically acclaimed debut album, ‘Portraits’, as well as a host of engaging new songs from her forthcoming 2nd album. 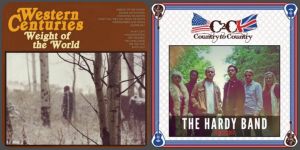 “If it seems crazy to compare any band today to giants like the Band and the Flying Burrito Brothers, then call me crazy, but Western Centuries is the country supergroup we’ve been waiting for: three first-rate lead singers, each of whom writes solid, heartwarming and heartbreaking country songs, together in one band.” — Kristin Cavoukian, Exclaim! Magazine
“This record and band hits the spot. The songs are cool, smart, deep and fun (the way I like my swimming pools). They’re rooted in classic country with a twist.” —Jim Lauderdale 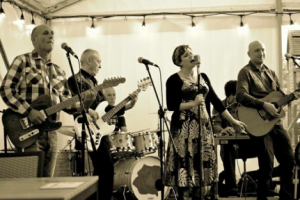 Horace (The Specials) had the dream of playing the classic country songs he heard in his youth; Honky Tonk Rose were assembled to bring that dream alive. With an award winning vintage singer (Holly Hewitt as Gloria Sunset) and a band of seasoned musicians (Rick Medlock, Big Jim Widdop, David Page and Malc Evans), Honky Tonk Rose recreate and reinvent classy, classic and modern country songs and their favourite subjects of heartbreak, drinking and trucking. Playing songs from the likes of Hank Williams, Merle Haggard, Vince Gill, The Dixie Chicks, Junior Brown and Kacey Musgraves, the band will take you on a three part harmony road trip experience where you’ll be tapping your feet and singing along to songs you’ll probably know, but haven’t really admitted to knowing. All you need is three chords and the truth and a pedal steel guitar.

May 5th The Return of Carter Sampson 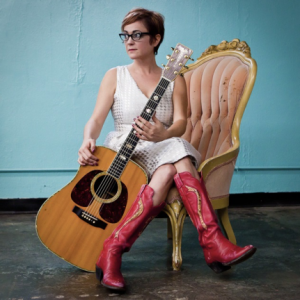 “A mega-gifted country and Americana star in waiting…” 5***** MAVERICK

“If Margo Price and Dori Freeman have turned heads with stunning album releases in 2016, they may have to shuffle along and make room for Carter Sampson…” THREE CHORDS & THE TRUTH

Oklahoma’s Carter Sampson returns to the UK in April and May for a short run of dates that include two shows at the much-loved Kilkenny Roots Festival.

Sampson’s latest album ‘Wilder Side’ has been picking up wonderful reviews in the press and picking up plays on national radio. Bob Harris at Radio 2 described the album as ‘impeccable’, Maverick raved with a ***** review, while she has picked up plays on BBC Ulster, BBC London, BBC Scotland, Resonance FM and all the major roots shows. 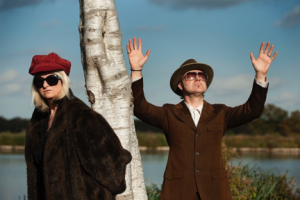 For what began life as something of a side project for Michael Weston King & Lou Dalgleish,  a labour of love, a homage to the classic country duets of the 60’s and 70’s , My Darling Clementine is now very much part of the country and Americana landscape. 3 critically acclaimed albums, over 400 shows across Europe and N. America, numerous accolades and awards has placed the band at the forefront of the burgeoning Americana scene. “A convincing world of barflies, peeling paint and characters on bar stools with very dark ecrets” while America’s Americana bible No Depression wrote; “With The Other Half, My Darling Clementine reaffirms the fact that they are the UK’s strongest and most assured purveyors of authentic traditional Americana. A superb collection of stories and songs.” 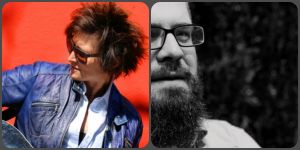 Talent spotted by BBC Radio 2’s Bob Harris, Keating appeared live on the Bob Harris show in 2008 (and again in 2011), and has gone on to perform at leading national and international festivals including Take Root (Netherlands), Glasgow Americana Festival (Scotland), the NJ Folk Festival, The Brooklyn Indie Music Fest, NXNE (Canada) and The Brooklyn Americana Fest. She has performed on the bill with John Hiatt, Dan Bern, Bon Iver, Chastity Brown and other great artists. “One of the most refreshing female acts to come down the pike in a long, long while … Deep and provocative songs.”  Maverick Magazine

Ags Connolly is a traditional country singer-songwriter from Oxfordshire, England. Country is the simplest description, but Ags is a proud supporter of the ‘Ameripolitan’ movement, which supports new music with a traditional roots influence. Ags’ debut album ‘How About Now’ was released in February 2014, receiving rave reviews including being named ‘Album of the Month’ in Country Music People magazine who described him as “the closest we’ve ever come to and English Willie Nelson”. The album was also heralded as “a masterpiece” by Maverick magazine. In 2016, Country Music People magazine named the song ‘When Country Was Proud’ as one of the Top 50 country songs from the last 30 years. 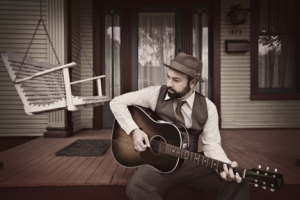 Don Gallardo was raised in a small town in Northern California, where he spent years building his songwriting career on the west coast before relocating to Nashville in 2008. Now based in Nashville, Tennessee, he walks the line between folk, Americana and roots-rock, mining the influence of classic 1970s singer-songwriters while creating a sound that nods to the past while still pushing ahead toward something new. “A singer-songwriter that is one of the Country and Americana scene’s true journeymen.”- ROLLING STONE 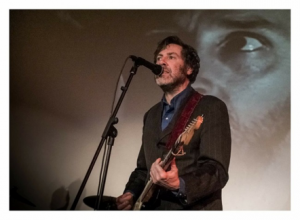 Peter Bruntnell is a British singer–songwriter. His musical style is sometimes referred to as Americana, although it has also been described as country rock and alternative country. In the early 1990s, Bruntnell formed the band Milkwood, although he soon reverted to solo work and recordings with Matt Backer and Felix Harper as the Peter Bruntnell Combination. Bruntnell’s debut album, “Cannibal”, was released in 1995 under the name The Peter Bruntnell Combination. He recorded his second album (and first solo album), “Camelot in Smithereens” in 1997, before moving to the Slow River label for his 1999 album “Normal for Bridgwater”. The album was highly recommended by VH1’s Bill Flanagan and by Rolling Stone’s John Luerssen, and such recommendations helped to establish Bruntnell with American audiences. In 2013, Loose Music released Brutnell’s “Retrospective” album, featuring music from all of his albums to date. Bruntnell is a charismatic performer known for saying very little, but one with a strong presence. Rollicking alongside the trio combination of Crazy Horse, Bruntnell’s country-rock is much heavier than one would anticipate.

Tickets are on sale and selling quickly, so make sure you secure yours and help support Americana in Northamptonshire and the surrounding counties www.wegottickets.com/grievousangel
Twitter: @corbyamericana Facebook: Grievous Angel Promotions