After attending the 50th Annual CMA awards I was inspired to start a series to spotlight the very artists I grew up listening to, the artists of yesterday that forged the path, are the idols of today’s country artists and the ones that have left a legacy of great country music. Today, and the fourth of the series, is about Randy Travis.

This deep voice rings through my mind and reminds me of the good ole days of country I grew up on. The sweet notes of 80s/90s country is some of the best in the genre. One of my favorite’s probably had to have been “Forever And Ever, Amen“. Who doesn’t love a love song as sweet as that one? Seeing it performed live at the awards with a stage full of star studded talent and country royalty was beyond amazing but what left us speechless was Mr. Travis himself finishing up the last “amen”. 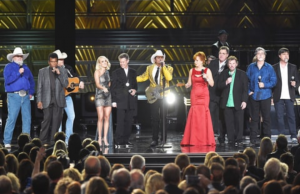 Beyond music Randy Travis is almost burned into the memories of one of one of my favorite children’s Christmas films. “Annabelle’s Wish” (1997) is a heartfelt story of a cow who wants to be a reindeer has all the sentimental feels of the season. Travis’ voice lends not only to some of the songs scored throughout the film but is also featured in the forefront as the narrator. I’m not gonna lie I’m 26 and still make sure I catch this film at least one time during the season. 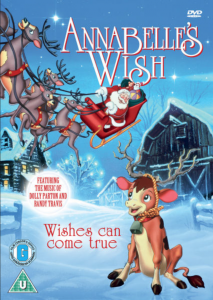 Dan + Shay Take On Alcoholism in “How Not To” Video