Nashville singer-songwriter Olivia Lane has shared her brand new single ‘Hey 3AM’ (listen here / lyric video here), ahead of her first trip to the UK next month for three tour dates including a London headline show at The Slaughtered Lamb on 6th Feb 2019.  Having amassed nearly 20 million streams for her music to date, and named one of Rolling Stone’s “Country Artists You Need To Know”, as well as being tipped as a rising star by the likes of Entertainment Weekly and iHeart Radio; ‘Hey 3AM’ follows the recent single ‘You Got Me’, her most successful track so far. In her own words: “‘Hey 3AM’ is one of the most personal songs I’ve written. I’m a night owl and sometimes it can be hard to turn my brain off at night because my thoughts are so loud in my head. This is song is an ode to that frustration but making the decision to just go to bed because what I’ve learned is stressing never does any good. It feels so natural to me to release new music at the top of 2019 because this new music reflects a new chapter in my life as a songwriter and as an artist.”

On visiting the UK, Lane said: “I’m thrilled to be coming over to a place I’ve never played before! It’s always amazing to me how far my music can reach. I’ve also been told UK fans are pretty amazing so I’m looking forward to seeing and meeting them!” Dates for her acoustic tour and ticket links: 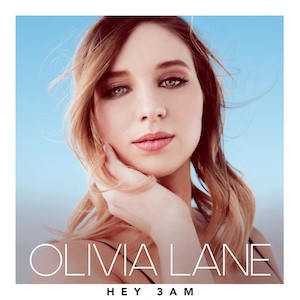 Olivia Lane is dynamic, smart, funny and above all, an entertainer. Much of her confidence is rooted in her Texas upbringing. Her mother was a local Texas country singer that inspired her to sing and start writing songs at age 16. Olivia ultimately landed in Nashville, where her self-titled debut EP stirred interest beyond Music Row in 2016.

Olivia bids influence to Linda Ronstadt and Carole King with the production and energy of Shania Twain. “If I have to categorise myself I’d have to say I’m pop country. Growing up I was a musical melting pot, but country music always had the lyrics that drew me in.” Most recently, Lane has been writing and recording new music with plans to release one song at a time directly to her fans, which Lane did with the recent release of ‘Devil and You’ and is continuing to do with ‘You Got Me’ and latest single ‘Hey 3AM’.

The Female Diary Showcase Debut at The Local