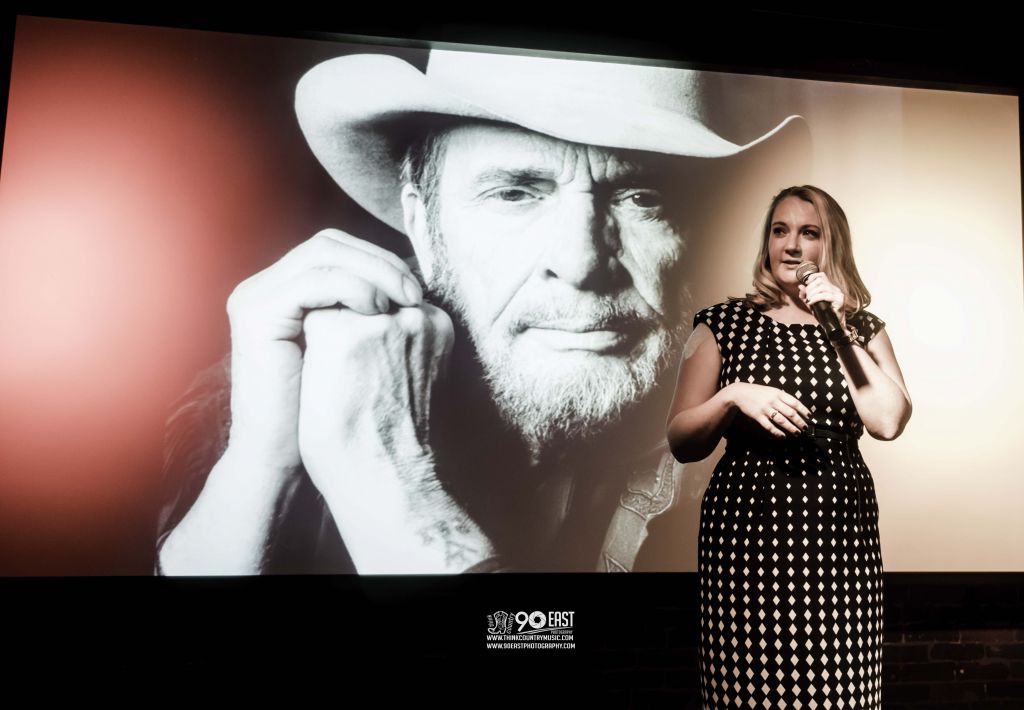 At a private event in the Johnny Cash Museum in Nashville, an announcement was made today.  If you didn’t already know what the “surprise” was, it became very apparent the second you entered the room.  A large screen displaying a photo of the late country music legend Merle Haggard was the very first thing you could see, not to mention large black and white photos of Haggard lining every wall.  Either this gathering had something to do with Merle Haggard, or our hosts, Bill and Shannon Miller, were just really big fans.  Personally, I was going with both trains of thought.

The Millers are movers and shakers in Music City.  They are the people behind both the Cash Museum, which opened in 2013 and the Patsy Cline Museum that debuted this past April.  They also own Nudie’s Honky Tonk on Broadway, which boasts the longest bar in Nashville.  The bar is a tribute to the late country music tailor Nudie Cohn.  As you can tell, the Millers are passionate about keeping the history of country music alive here in town, and next up for them is Merle Haggard.  Haggard, thought by many to be the greatest country singer ever to have lived, has an amazing life story.  That story will be told at this new museum, set to open in 2018. 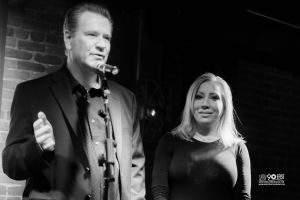 The event was well attended, including members of the Haggard family.  Theresa Haggard, widow of Merle Haggard, accepted the Country Music Association’s Joe Talbot Award from CMA Chief Sarah Trahern, on behalf of her late husband.  According to the CMA, “this award is presented in recognition of outstanding leadership and contributions to the preservation and advancement of Country Music’s values and tradition.  The award may be presented to a person (living or deceased) in recognition of an initiative or long-term contribution deemed by the CMA Board of Directors to qualify for this award.”  Theresa Haggard very humbly thanked everyone involved and pointed out that she believed it takes a lot to be a leader and that leaders aren’t born, they are made.  Certainly, Merle Haggard lived many lives during his nearly 80 years, and during each one of those lives, he was building the foundation that ultimately led to him becoming one of the greatest leaders country music will ever know. 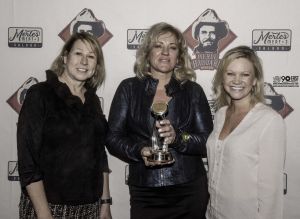 Also in attendance was the Haggards’ son, Ben, who is an accomplished musician in his own right, but chose today, to remain mostly under the radar. He allowed the event to focus solely on his late father and the great plans Bill and Shannon Miller have to keep his memory alive for everyone who loves his music and future generations that will continue to discover it.

In addition to family, others on the guest list included iconic fashion designer Manuel and songwriters Casey and Liz Anderson, who penned Merle Haggard’s very first number one single, “I’m a Lonesome Fugitive”, released in December 1966.

Backing up to before the doors opened, I passed a little time by purchasing a coffee at the Bongo Java shop downstairs in the Johnny Cash Museum.  The barista there mentioned the Merle Haggard event would be catered “because Shannon never lets anyone go hungry”.  This young lady was correct! 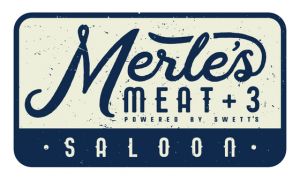 It turns out nobody that visits the future Merle Haggard Museum needs to go hungry either.  Longtime restauranteur, David Swett, of Swett’s Restaurant in Nashville, was on hand to talk about food at the new museum. The restaurant will be named Merle’s Meat + Three Saloon “powered by Swett’s”.  In business since 1954, it’s obvious they know what they’re doing, and in David Swett’s case at this party, he didn’t just talk the talk, he walked the walk.  He BROUGHT FOOD, and it was delicious.  He described it as “Southern comfort food, with a little bit of soul”.  You know what?  He was spot on.  I had a pulled pork slider that was about as perfect as could be, and the gentleman next to me was enjoying a crab cake that he said was very good as well. It should also be noted that unlike Swett’s Restaurant, Merle’s Meat + Three will serve alcohol, so do bring your identification and do drink responsibly should you decide to “just sit there and drink” (all you real “Hag” fans got that I hope).  This was an afternoon well spent.  I do believe if they go to this length to announce the museum, the actual project will be nothing short of first class.

I had the chance to chat briefly with both Theresa and Ben Haggard, and both were extremely cordial and completely grounded.  It really appeared they have forged a good relationship with the Millers and this museum is going to be designed in such a way that Haggard himself would be thrilled to have pieces of his life displayed in it.  One only has to visit the other two museums the Millers have created to understand that they do things really well.  They do their homework and they pay close attention to detail.  I would guess the same care will be given to the Haggard project.

All that’s left now is to keep your ear to the ground for the opening of what promises to be a wonderland of country music history from one of the very best artists ever to walk this planet.  The museum and restaurant will occupy the space next door to the Cash Museum at 121 Third Avenue S.  Save your pennies and your vacation time, because in 2018, it’s got to be Nashville.  That’s where all the cool kids are going. 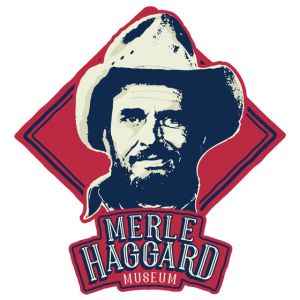