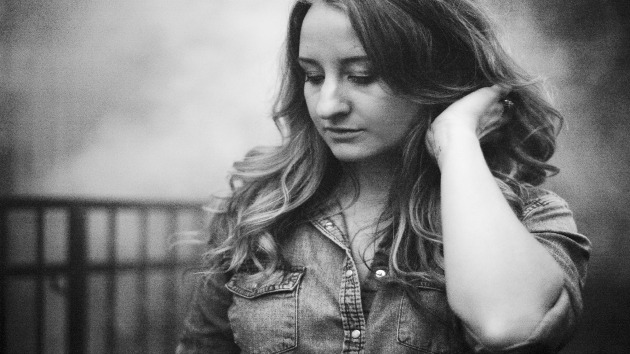 Margo Price. The name on every country music fan’s lips at the moment, it seems. She has taken the music world by storm both sides of the Atlantic with her debut album, ” Midwest Farmer’s Daughter”, a collection of largely autobiographical songs ( yes, her life has given her rich pickings in this respect!) which, with its traditional arrangements and Margo’s incredible vocals have seen her hailed as a modern day Loretta Lynn.

I for one am finding her music a welcome change at a time when country , rock and pop music boundaries are becoming all too blurred in many cases. Even more impressive is that apparently the album was recorded in just three days……oh, how the 30 or so record companies who rejected it must be kicking themselves, yes this isn’t the overnight success story that some may think. Apparently Margo and her husband sold their car and a lot of music gear, and even pawned their wedding rings to fund the album, so all those knock backs must have been even tougher for them.

Like all her UK fans, i am sure, i was pleased ( and surprised! ) to find she was visiting us from Nashville so soon after the album’s release for a mini promotional tour in the capital and snapped up a ticket to see her Borderline show as soon as they went on sale ( glad I did as it subsequently sold out!). Having watched her perform just one song with a full band live on Jools Holland’s TV show the week before the gigand heard her live in session on Radio 2, this time with a simple piano accompaniment which highlighted her incredible vocals, I was sure that we were all in for a great evening’s entertainment at this relatively intimate venue whatever the set-up may be ( curious to find out in advance, I had contacted Margo via the power of social media and had found out that the evening’s show was to be in duo format ).

Arriving at an already pretty full venue I managed to catch the final few numbers from the support act, half of the London based foursome ” The 27″, who’s lead singer Henry Parker had apparently met Margo a few years back when she had played over here with her rock and roll band. I enjoyed the two acoustic guitar players who demonstrated some excellent finger picking skills and pleasant harmonies. They were appearing as a duo for the first time,” flying by the seats of our pants” we were told ( one of them normally plays bass apparently) and thoughtfully had slightly changed their song arrangements that evening to give them an appropriate country feel. Their debut single, ” Call Me A Friend” , is released in early June.

A brief break, and the capacity crowd was ready for Margo and her keyboard/ accordion player Micah Hulscher ( fresh from touring with Emmylou Harris ) to take to the stage. Wearing a long black vintage style dress, and with her guitar and personalised strap she looking amazingly fresh faced after a seemingly hectic few days here. Looking out over the sea of expectant faces she seemed slightly bemused and greeted us with ” well, this is a bit different to the last time I played here! ” before launching into her opening number “About to Find Out” with its wonderful honky tonk piano accompaniment.

Naturally most of her 75 minute set consisted of songs from the album ( we got them all, apart from ” Four Years of Chances” and ” World’s Greatest Loser ” ) and they worked incredibly well in stripped back format, which really helped demonstrate the power and accuracy of Margo’s vocals. She graciously stepped back whenever there was a keyboard solo, Micah’s playing was a total joy throughout the evening and there seemed to be a mutual respect and understanding between the two musicians. Not surprisingly ” Hurtin’ on The Bottle” got the biggest response from the crowd, but there was a lot of love for every number from the appreciative audience.

Not one for a huge amount of banter , there was just enough chat in between numbers to throw some insight on her life and help explain how some of the songs had come to be written, including how ” Weekender” was the product of what she called an early mid-life crisis, a breakdown kind of thing that resulted in a jail experience……” it’s true, every word” we were told. One of her more light hearted compositions, ironically titled ” Desperate and Depressed” was written with her husband after what she described as “a particularly trying tour” …….it takes a snipe at the music industry with lines like ” if I can’t find the money, then I can’t buy the time, I’m stuck here making someone else’s dime” . She is a witty writer, who can’t fail to smile when she sings ” it’s not who you know but it’s who you blow that gets you in the show” in “This Town Gets Around” , which she introduced as being about people who sleep their way to the top.

Her originals were interspersed with some great covers from artists that have influenced and inspired Margo both as a writer and performer. The afore mentioned Loretta Lynn was represented by a gospel song from her recent album, “Everybody wants To Go To Heaven ”

The other covers in the set were Jessie Colter’s ” Why You Been Gone So Long?” which I really think suited Margo’s voice, Gram Parson’s ” Oooh Las Vegas ” and a George Jones number that I apologise for not making a note of! On several occasions throughout the set she remarked at how attentive the audience was, saying at one point ” I don’t get that all the time” , not the first time i have heard such a comment from a touring American musician which shows how grateful we are that they take time to visit us here which is not a cheap endeavour these days.
The evening passed by in a flash, sadly I had to dash to catch a train and was unable to stay and say a personal thank you to Margo who was mingling with her fans and signing autographs afterwards. The only ( very slight) criticism I had was that I would have liked a bit more variety in song tempos ( especially some more slow numbers) , her delivery was at times a little unemotional and I would have liked more light and shade in her vocals. Shoot me down in flames if you like!

I feel privileged to have seen Margo in such a small venue and playing this two-hander, as she mentioned she normally plays with a six-piece band and told us that ” this may not happen again!”. I gather she will be returning to the UK for a more extensive tour at some point in the future, my guess is that she will be playing larger venues with her entire band and it will be interesting to compare one of those shows to the fantastic performance I witnessed here.