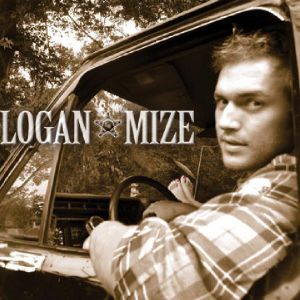 I had the good fortune to chat with Logan Mize at South in Nashville at an event showcasing his album, “Come Back Road”, sponsored by Budweiser.  Thanks to good old Nashville traffic, everyone was having trouble getting there, so we were short on time, but we managed to have a pretty good talk.

First let me say, Logan Mize is really grounded.  No airs, enjoyable to talk to.   Currently signed to Big Yellow Dog Music, his latest album, “Come Back Road” was released in July 2017.  It hasn’t seen the huge radio success of many of his peers, even though I’ve listened to it over and over, and think it’s an outstanding record.  He said this doesn’t concern him all that much because he isn’t in it to “get to the top”.  He’s consistently selling out shows all over the Midwest and Northeast and getting good reviews, and he’s content with that.

With this album he took a much different approach.  He said he didn’t let his “ego” get in the way this time.  He only co-written three songs and otherwise chose songs that he felt were best for the record.  He does have some songs written by “A-listers” in Nashville, but said he doesn’t seek these people out to write with.  He would rather just record their songs rather than sit in a writing room and “fight it out with them”.  This was said in the most humble way, a nod to their talent.  Again, leaving his ego at the door.

Mize told a great story in the short time we had left.  I asked him about Billy Mize, his great uncle, and a pioneer of the Bakersfield Sound.  He was known best for playing the steel guitar with greats such as Buck Owens and Merle Haggard.  Logan Mize, it seems only learned about his existence shortly before being asked to play at a very important event in April of 2009 (As he said, “Information I could have used long before.”)   The event?  Billy Mize’s 80th birthday party at none other than Buck Owens’s Crystal Palace in Bakersfield, California.  Who picked him up at the airport?  A 16 year old kid named Ben Haggard.  Having just lost a publishing deal in Nashville, and not really touring much at the time, the then 23 year old Logan Mize had a couple things going for him, four to five years of solid performing his own material and quite a bit of band experience.  Ben Haggard got him to the venue just fine, but come show time, who’s sitting front and center?  Well, Merle Haggard of course!  No pressure there!  Mize said since that day, he never gets nervous performing because if he handled that, there’s no reason to be nervous for anything else.

At this point, we had to end our conversation, as it was time for the show to start.  It was a quick set including “Somebody to Thank”, “Ain’t Always Pretty”, “Drinkin’ Buddies”, “Come Back Road” and “Better Off Gone”.  Logan sounded great, the crowd was appreciative and it was a good time.

I strongly suggest everyone get a copy of “Come Back Road”.  There isn’t a bad track on this record.  I swore I would shout from the rooftops of Nashville that people need to get this album because it’s that good.  It really is.  I bought it when I heard I had this interview, and the next thing I knew, it was on repeat for days.  Get it.