Lainey Wilson is billed as “bell bottom country”, a traditional sound with modern flare. Her new album released on the 19th February, ‘Sayin’ What I’m Thinkin’’, is exactly that. 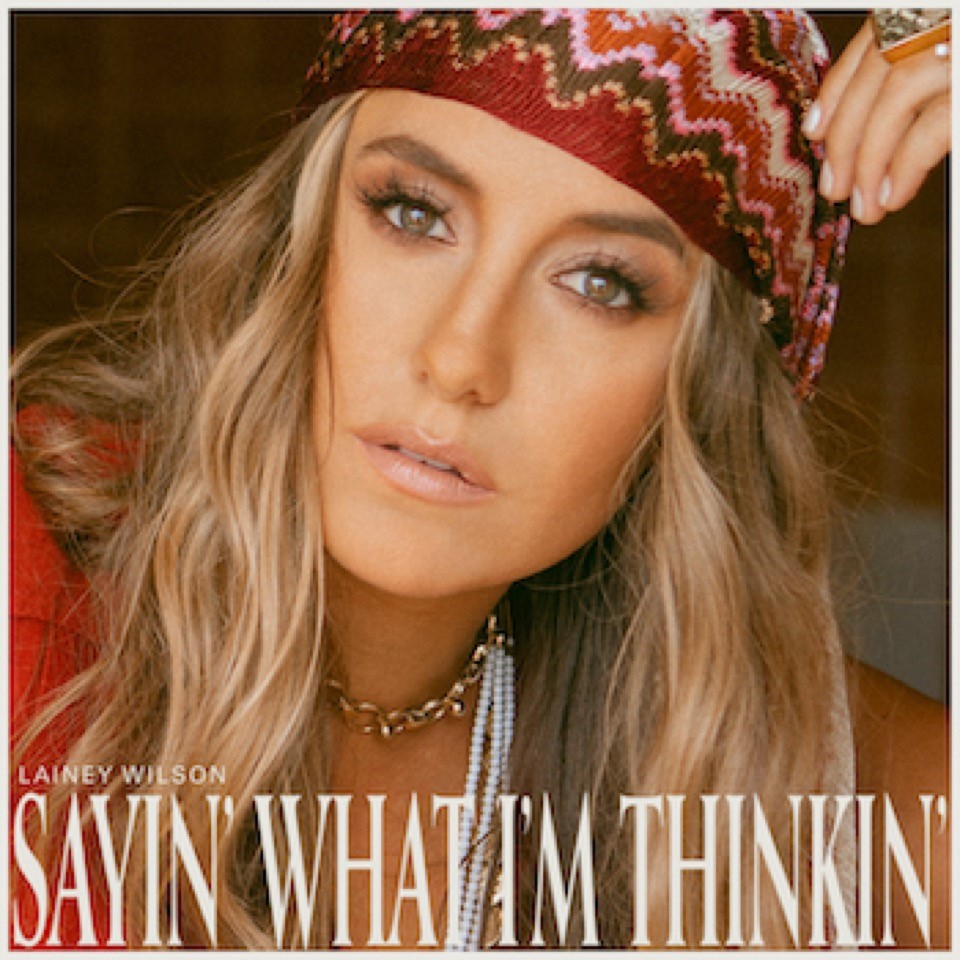 Wilson’s potential to be a bigger star is evident in the success of her current radio single, ‘Things a Man Oughta Know’. It’s achieved more than 35 million streams already and earnt a place on Spotify’s Nashville’s Worldwide Top 50. Wilson regularly finds herself on ‘ones to watch’ lists. She’s no stranger to the big stage either, having toured with Justin Moore, Tyler Farr, Ashley McBryde, Randy Houser, Josh Turner and Morgan Wallen. But for the star-in-waiting, this album is the real measure of potential.

Wilson has co-written every song on the 12-track album, which is jam-packed with spiky and humorous tales of love, youth and life in a small town. Produced by GRAMMY Award-winning Jay Joyce (Eric Church, Brothers Osborne and Little Big Town), this album raises a smile at every turn. She has the song writing punch of Miranda Lambert, and the pure vocal tones of Dolly Parton and Alison Krauss. And with a third of the tracks coming in under three minutes, and none over four, this is a collection of little bursts of musical joy.

There are rebellious lyrics packed with attitude, and it’s quite clear that Wilson is up for a wild time with little interest in settling down; in ‘Neon Diamonds’ she sings that, ‘my left hand ain’t interested in nothing but a drink in it’. And as well as the matter-of-fact title track ‘Sayin’ what I’m Thinkin’’, the brilliant ‘Pipe’ is also loud, brash and direct as she tells us to ‘put a little y’all in your pipe and smoke it’. She dishes out a piece of her mind with every song. ‘Wanna know the truth, well I wrote it down,’ she sings. Lucky for us, she recorded it too.

There is an overwhelming sense of place in the album. That would be expected on the track titled, ‘Small Town, Girl’, but the upbringing of the Louisiana native is never far from the narrative in each track, and by the end of the album we’ve been to bars, we’ve been to church, we’ve sung the praises of Dolly Parton, and generally had a right old good time. ‘Sunday Best’ is one of the most amusing songs on the album; nobody feels like saying hallelujah when their heart is breaking, so Lainey sings about skiving off church and, ‘here I sit out on some back road, paper sack and Marlborough Reds, drinking in my Sunday best.’ And you’re there with her.

One of the most memorable tracks on the album is the humorous WWDD (What Would Dolly Do?). An upbeat ode to the legend. There is an interesting juxtaposition when the next track on the album, ‘Rolling Stone’, is perhaps the most quietly deep and reflective, and certainly her most Dolly-like vocal. It is a warning once again to not try and pin her down to marriage: “You don’t give a rock to a rolling stone.”

There are lashings of roaring guitar and country twang, but it’s not all typically traditional country in sound. The double meaning ‘Dirty Looks’ is a sensual song, smoother and more pop than other tracks on the rest of the album. Also, slightly more pop is ‘Keeping Bars in Business’, about the many wide-ranging conversations that we have over a drink in a bar. It’s bittersweet given our current situation.

Just because there is a flippant humour in many tracks, doesn’t mean Lainey Wilson can’t do serious with equal impact too. ‘Things a Man Oughta Know’ is an empowering song about both the worth of women and how to treat them. It’s thought-provoking and no wonder that it is having the radio success it is.

Launch plans for the album include a spot on the Grand Old Opry stage on the 20th February, and the album will be available on CD/vinyl on the 16th April. She may be a relatively new voice on the scene, but she is a mighty one.

Getting to Know Chapel Hart