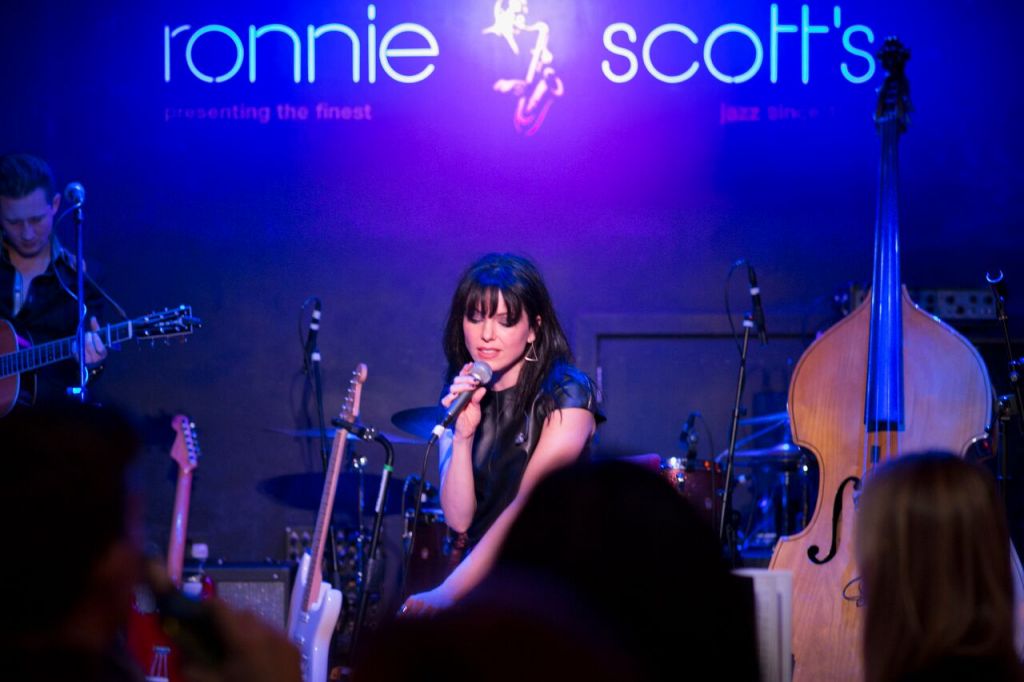 The last 18 months have been turbulent ones on a personal level for Irish born Imelda May, known mainly for her blend of rockabilly/jazz inspired music. However her trials and tribulations have led to a creative outpouring that has resulted in her first album in three years ( with T Bone Burnett, none-the-less at the helm) and if it’s lead single ” Call Me” is anything to go by it is going to be a heart wrencher!

An industry showcase at Ronnie Scott’s gave more of an insight into what we are to expect from ” Life, Loss, Flesh and Blood” in 2017, Imelda told us she wrote as honestly as she could with ( for the first time) no pre conceived notion of what was direction the album would take….fortunately her label ( Decca) supported her all the way and from what I heard this evening they have a fantastic collection of heartfelt tracks on their hands. I heard a great deal of soul, gospel and blues influence, with lyrics that anyone who has suffered heart ache can relate to .

” Black Tears” ( where she was joined on stage by Jeff Beck) for example with it’s fabulous lines ” inside I’m dying, outside I’m crying black tears…..how did it all go wrong?” and on “My Time” she admits ” I’m not a saint but I’m not the worst….hear me, ease my pain”. Imelda is definitely a vocal force to be reckoned with, who can let rip when needed but in the next breath pull things back and makes you feel she is singing just to you. Any opening nerves soon disappeared, apparently she and the tremendous band had only performed one showcase before this one and had minimal rehearsal time but as Imelda said, ” sometimes it’s nice to keep it raw!” and if that is what I heard then I definitely agree! She finished the set with a beautiful stripped back ballad with a simple guitar accompaniment ” The Girl I Used ToBe”, which I assume was written with her daughter in mind and in which she reflected on the changes in her native Dublin.

Always recognised as a terrific performer I really believe this new album will be the one that puts Imelda on the map as a songwriter and I can’t wait to get my hands on a copy!