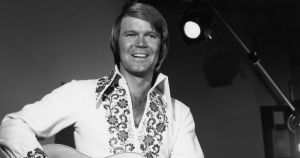 Last night I was out with friends when my phone buzzed. Like so many of my generation I couldn’t ignore it. A news alert. An alert to say that the great Glen Campbell had passed away at age 81. A huge inspiration to myself and so many. So, I wanted to take a moment to write and pay tribute to this musical legend here at Think Country.

Glen Campbell is a wealth of talent and in the 60’s it landed him one of the most iconic jobs in music history. Campbell became part of the Wrecking Crew. A group of session musicians that over the course of about 10 years would go on to play on some of the most popular songs every to be recorded. Sonny & Cher, The Mamas & Papas, Frank Sinatra, The Byrds, The Monkees… The list goes on.

Glen was making a great living for himself but his talent again didn’t go unnoticed when he was asked  fill in for Brian Wilson on the international leg of the Beach Boys tour, as Wilson wasn’t a fan of flying!

Throughout this time Glen Campbell has himself been working on his solo career and after signing with Capitol Records he had a few singles that had done well but nothing notable until he has his first major success with a version of Buffy Sainte-Marie’s “Universal Soldier”.

After a few follow up singles failed to make their mark, he got dropped from his label. Though that isn’t the end of the story as we all know! Just one year later Campbell recorded and released ‘Gentle On My Mind’ which was an overnight success and he followed this up with ‘By The Time I Get To Phoenix’, ‘I Wanna Live’ and ‘Witchita Lineman’. These performances earned him 4 Grammy awards and soon an acting spot playing a role in the film ‘True Grit’, of which he also sung the song of the same name for the soundtrack. 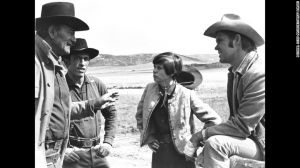 Glen went on to release songs like ‘Southern Nights’ and ‘Rhinestone Cowboy’, a timeless classic that is still used extensively today by the industry in film and television.

Why am I writing all this? Because Glen Campbell is a man who was driven by the passion for his music, he never gave up, he pushed through and his incredible talent took him all the way to the top. He was much more than a man who sang and played guitar. He was a pioneer in his craft and his dedication is admirable. In recent years it has been widely known about his struggle with Alzheimers and yet even through that diagnosis he did not stop playing or back down from what he loves. I am honoured that I had the chance to see him play at CMA Festival in 2012, one of his last performances I believe. It was something special to see, though it was clear the Alzheimers was really starting to get a hold of him. He had moment where he stumbled through his words, like they had just been plucked from his mind in a split second but then the guitar solos would begin… In those moments he was there 100% and it was clear why he is so loved by so many. I will always remember that set, in a crowd of 60,000 people, I was fixated by his poise and grace. 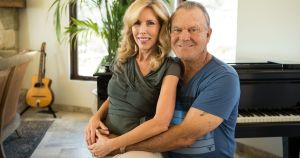 Even as it progressed he found the strength to record a final album and release a final single ‘I’m Not Gonna Miss You’. A tongue in cheek song yet one that rang all too true for this amazing talent.

With the loss of Glen Campbell there is a loss to music, not just Country but across the board. His work paved the way for many and may it continue to as his memory lives on. Not only in his music but in his children Cal, Shannon and Ashley, who herself is pursuing a solo career. 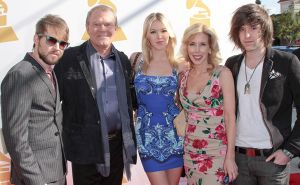 From all of us at Think Country our hearts go out to his family. He will never be forgotten and he will always be missed.