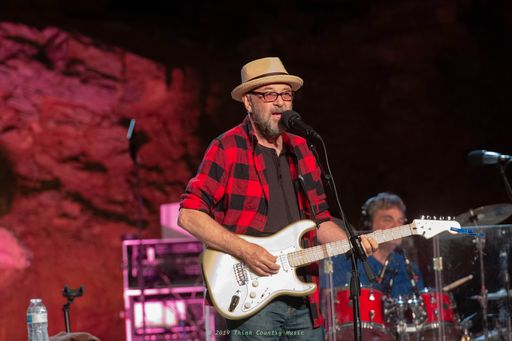 It’s been one of those days.  My Zoom interview with J.P. Pennington of the legendary band Exile failed to record.  Not because I didn’t hit the right buttons, which I have been guilty of in the past.  No, this time it was something else, pretty much beyond my control.  The Grinch stole our Zoom interview.  Not to worry.  This isn’t my first Zoom rodeo that’s crashed and burned, I made sure to record the audio separately.  My only real regret here is you won’t be able to see the fabulous J.P. Pennington and hear his words directly, but I’ll give you the next best thing.  I’ll transcribe our conversation just as it happened.  Technology is a wonderful thing.  Until it isn’t.  Merry Christmas.  Hope you enjoy your second-best gift.  Grab an eggnog, sit back and see what we talked about.  Ironically, we had a little Zoom snag just before we got started, so our conversation begins there.

Patti McClintic:  I’m good.  How are you?

JPP:  I’m doin’ fine thank you.  Sorry about all the… (referring to the technical issues)

JPP:  Oh, I’ve done a bunch of these and I’ve yet to do one that didn’t have some sort of hiccup, you know?

PM:  Yeah, right they always do.

PM:  Yeah, so that’s great.  So, here we are in this lovely season that we’re having, and for those who’ve been living under a rock, what has it been, like, 57 years that Exile’s been together?

PM:  Why don’t you just quickly introduce yourself to our readers and give us a quick rundown of how long the band’s been together, before we get into the Christmas thing?

JPP:  Okay.  My name is J.P. Pennington and I’m with the group Exile.  We started in 1963 so that means we’re in our 58th year now and we’re still goin’ strong, if they would just let us.

PM:  Yeah, I hear that.  I saw you guys out at The Caverns last year and you were going pretty strong.  That was a great show.

JPP:  Thank you.  Great venue.  Cool venue.  In more ways than one.

PM:  Right and it was hot that day so that was natural air conditioning.  I enjoyed that. 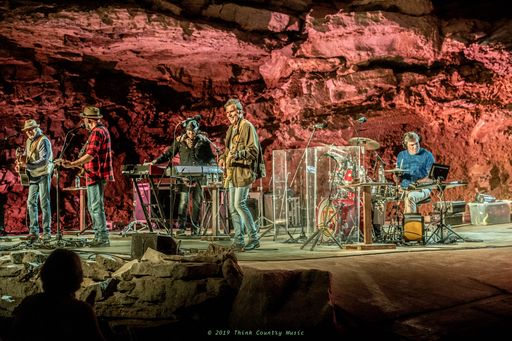 PM:  Aside from the one song everybody knows from you guys, and I think we all know which one that might be…

JPP:  Probably “Kiss You All Over.”

PM:  I would bet.  I’m sure you’ve played that… you probably couldn’t even “guesstimate” how many times you’ve played “Kiss You All Over” since 1978, correct?

JPP:  Yeah, correct, 42 years now.  You know, people have asked me that before, “How many times do you think you might have played that song?”  You know, I have no idea, but I’ve been meaning to sort of sit down and maybe “guesstimate” how many times per year times the years, but I haven’t done that yet.  I’m almost afraid to.

PM:  You know, the teenager in me, every time I hear that song it brings me back, so I know why people get so excited about it.

PM:  So, you have “Kiss You All Over” and we all know that one, but now you guys have a Christmas song, a new one, “Kid At Heart,” you wrote that, correct?

JPP:  I co-wrote it with a friend here in Kentucky.  He’s actually a recording client of mine.  I’ve produced several albums on him and we’re actually in the midst of one now.  Back in, oh I guess maybe it was August, we were talkin’ about Christmas songs.  I said, “Well, the band is maybe thinking about releasing a new single this year.  Do you want to help me write something?  We’ll submit it and see how the guys feel about it.”  So, we wrote it and I got the guys’ blessing to go ahead and start the recording process because they liked it okay.  So, I went into a studio here in Lexington (Kentucky) and put a bunch of guitar tracks down and did the lead vocal and had Les Taylor, my partner from Exile, come in and help me with backing vocals.  I did a percussion track and a bass track and we sent those files to a studio in Nashville, and the other three guys went in and put their parts on.  Then those files flew off to another studio to be mixed.  That took, I guess about a week and a half for all that to happen and we got it out, although we were never all in the studio together.

PM:  202o has really brought the creativity out in recording, has it not?

JPP:  It has to.  Thank God for computers.  You and I wouldn’t even be able to be sitting here.

PM:  So, tell me about the idea behind the song.  It’s a great Christmas song.

JPP:  Thank you so much.  Oh, I don’t know, I had the title, I really don’t remember how it came to me, it just kind of fell out of the sky and hit me on the head.

PM:  Those are the best ones.

JPP:  I guess as I age I get a little bit more nostalgic every year.

JPP:  I think that may have had something to do with how much I love Christmas, you know, and how age hasn’t dampened my spirit.  It’s exacerbated it.  That’s kind of where the song had its beginning.

JPP:  Who wants to grow up?

PM:  So, you also have a video for “Kid At Heart” and I’ve watched it.  It is fabulous!

PM:  It’s all old photos.  Now did you guys just start rummaging through all your old photos to find all those good ones?

JPP:  Yeah, that’s exactly what we did.  They pitched the idea to us about what the video was kind of gonna be, so they asked us to try and gather as many photos and/or videos that we could to help with the content.  Some guys sent in a whole lot, some guys didn’t send in very much at all, but we got three minutes worth of some pretty funny stuff.

JPP:  It really tickled me to see it when it was finished.  I really enjoyed seeing that, along with hearing the song in the background, you know?  It makes a difference when you have both mediums goin’ on.  So, it was pretty cool.

PM:  Who put that all together?

JPP:  It was a lady in Nashville that has a company that does that sort of thing.  She’s done it for a lot of people, a lot of artists around town, but I don’t have her name and I should be able to remember that, but I’m sorry I don’t.

PM:  That’s fine, but it’s really well done and I think everybody should really take a look at it.  Also, it takes a while, you have to watch it a few times to try and catch everything, there’s so many pictures.

JPP: Yeah, I know, I haven’t finished watching yet.  I see something new and different every time I see it because it comes at you hot and heavy there, you know?  It’s a picture every two seconds.

PM:  It really does.  Do you have a favorite picture of yours that’s in that video?

JPP:  Well, I suppose it would be any of the ones with me and my entire family.

JPP:  But to me, the star of the video is Marlon‘s (Hargis) grandson Thomas.  You can catch him in the video.

PM:  Is he the one that’s actually video within the video?

PM:  He’s like your mascot, if there was such a thing.

PM:  He was at The Caverns when you played there.  That’s where I saw him the first time.

JPP:  Oh yeah, that’s right he was there.  He comes to a lot of gigs.  If we play within a hundred miles of Nashville, his mom and dad, they’re there. 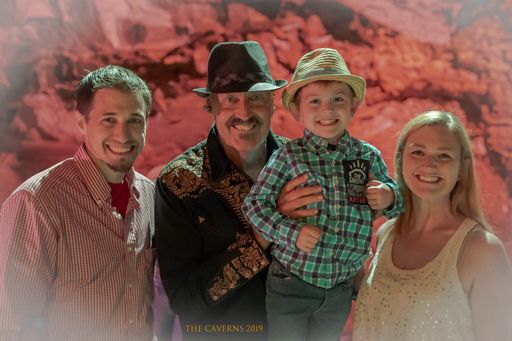 PM:  That’s great.  That is so great.  So, what are you doing for the holidays aside from making a Christmas song and a video?  Do you have any big plans?

JPP:  As late as it is, we haven’t really talked about the nuts and bolts of how we’re gonna do it.  We normally have quite a large gathering at my wife’s mom’s, which she lives a couple blocks away here.  I don’t think we’re gonna have that this year out of caution.  My kids are gonna be coming home, they’re both adults, they’re both in their 30’s.  They both live in Nashville, so they’re gonna be comin’ home and we’ll have just a quiet Christmas here in the house.

PM:  Sounds really nice.  Now, I just want to throw a song idea at you for the next time you do a Christmas song, before I let you go.  I think you should take “Kiss You All Over” and then just add, “Under the Mistletoe,” what do you think?  Is that the worst song idea you’ve ever heard?

JPP:  I’m writing it down as we speak (he was definitely writing something).

PM:  Well, oh my goodness.  (We’re both laughing)  To me, what better way to revive, not that it needs revival, that song is still alive, but if you add “Under the Mistletoe” to that and turn it a little bit Christmas, flip it around, I think you’ve got a hit.  Just sayin’.  What do I know?  (Laughing)

JPP:  That’s a very good idea.  Thank you for that.

PM:  Well, alright.  You don’t even have to credit me.  You can just say you thought of it all on your own.

JPP:  If we wrote it we’d credit you.

PM:  Oh, thank you, you’re too kind.  I want you to have a very Merry Christmas, Happy New Year, stay safe and keep all the guys in Exile safe please and we’ll tell everybody to watch that video and listen to that song.

JPP:  Yeah, I urge you to watch it.  I mean, it’s extremely bouncy and happy

JPP:  Very Christmas-y.  I really appreciate you having me on and I enjoyed speaking with you and have yourself a great holiday.

JPP:  To the fans out there, hello and we love you.

PM:  Thanks so much and I know they love you too.

Wasn’t he great?  A true “Kid At Heart” all the time.  You heard him say so himself.  The best way to really understand just how much fun that song is is to watch the video.  I made it so easy for you to do by posting it right here.  After that, I’m sure you’ll love the song so much you’ll want to add it to your Christmas playlists, and it’s out there on all the major digital platforms.  Tell a friend or ten too.  Share the video.  It’s a fun way to get yourself into the holiday spirit.  The Grinch might steal Zoom recordings, but he has no power over Exile’s “Kid At Heart.”  You can bet your last can of Who Hash on that.

Keep up with all things Exile on their website:  https://www.exile.biz/