In conversation with Chloe Chadwick 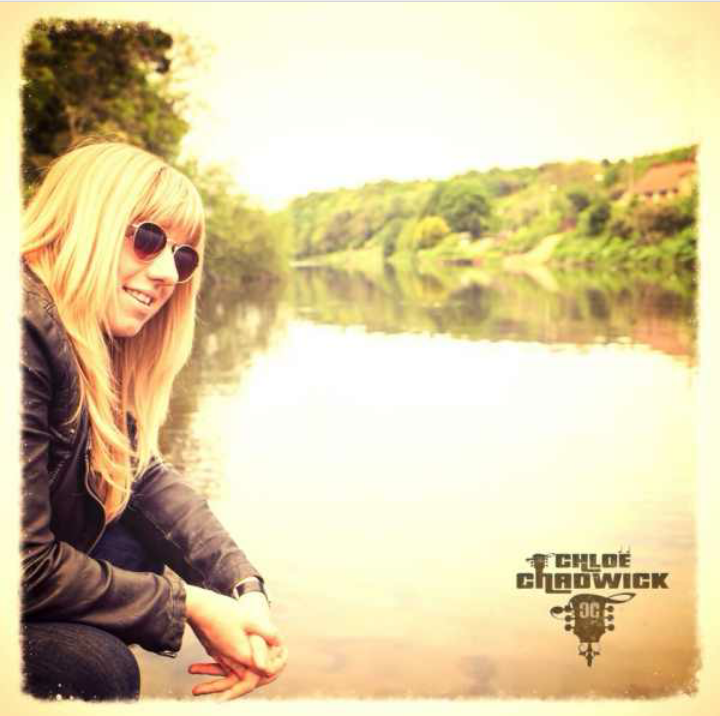 ( Lee ) Hi Chloe, thank you so much for chatting to Think Country! You’ve normally been labelled as a Brit/Americana artist but your rapidly becoming a Country crossover artist, so where did it all start for you?

Yeah, I’ve got a lot of crossover, I’ve always been Pop but with a Country flare. From the age of 18, even though I wasn’t playing a lot of Country back then; because people didn’t want to hear it. I say back then but I am only 32, I’ve got a lot a lot of time yet! I started playing in bars and went abroad from the age of 18 and started to kind of home in on me as a performer, the songs I was playing and kind of gain confidence from that. Country music was always in there, I’d throw a bit of Dolly Parton and Emmylou Harris in there depending on what type of music people wanted. I think its still got a long way to go, Country music in the UK, but its getting there. I know The Shires are doing very well but I think Ward Thomas have pushed it a little more the commercial route and I think its good for the scene. People have been saying that Ward Thomas have gone Pop but do you know what; I think they’ve just created British Country; I really do and that’s the way forward for me as well. I am not going to perform songs that are not true to me and myself, the Americans do it good enough! I would like to follow Ward Thomas! You don’t have to sing with an American accent, just be yourself and that’s me, that’s Chloe Chadwick, that’s who I want to be. I want to be a British Country artist and see where it takes me!

( Lee ) So you are on currently on your first UK tour, is this in promotion of your new album?

Yes and there are no strings attached on this tour or the album as well. I am self funded, an independent artist and I always have been. I’ve got no backing or support, I’m doing all this off my own back and I work hard. It’s great to actually come out and do a tour finally; with a great band behind me, a cracking bunch of lads that have shared the same passion as me and stuck behind me. The first night couldn’t have gone any better, as you’ve seen! Harrogate I worship you!

( Lee ) Your album is said to be released later this year, do you have a date?

Not at the moment sorry. We’ve been in the studio for the last two months, the album is really coming on and we’re playing all of the songs that’s going to be on the album throughout the tour. So although we haven’t got it here to sell to you right now we are selling the songs live and giving you a sneak preview of what’s going to be on there. I’m really looking forward to it and its hopefully going to be out at the end of the year, there’s just a few minor tweaks here and there that we’ve got to work on. Its got to be right, I’m a perfectionist.

( Lee ) Congratulations on your nomination for the UK Country Radio Awards, Best Female Singer of the Year!

I am honoured and very very proud of that! I wasn’t expecting it at all, not until at least hopefully another couple of years and after I’ve brought the album out. To actually be nominated this year is absolutely fantastic! I couldn’t unfortunately go this year as it was my mums birthday and she lives abroad but hopefully, with the album out, if we are lucky enough and get nominated again I shall

( Lee ) You’ve done an incredible amount of festivals this year!

Yeah, I’ve had probably the best year to date with my music career! When you start and don’t have the support there and backing; especially starting out at 18, you only do what you know. If there’s no record label or management there saying; we want you this way or that way, you have to learn it by your own merit and that takes years. I still don’t know everything about music now but I’m so much more wiser to music than I was 7 or 8 years ago. I’ve just learnt so much of playing with different people and musicians and that’s made me be the artist I am today. I’m really proud of what’s happened over the last couple of years. I decided to go from being in bands to being a solo artist 2 years ago and I’ve never looked back! Its been absolutely fantastic and the Country scene has been great to me too. I’ve pushed it down the Country route because that’s where my heart lies and my niche. I just want to get a bit of that Brit Country out now and see what happens. County music is great at the minute and I love it! 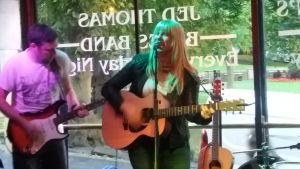 ( Lee ) You certainly rocked and entertained everyone at The Blues Bar in Harrogate tonight. What an opener with a great mix of your own songs and covers. It certainly seemed to engage the crowd!

Exactly, that’s what a tour is about for me, exposing your music to people who have maybe never even heard of you and then keeping in touch with those people. It was fantastic!

( Lee ) Do you have a favourite festival memory from this year?

By a clear mile, The SummerTyne Americana Festival. I’ve had the privilege of playing it the last 2 years and its such a great platform for emerging artists but it also merges big artists. Ward Thomas have been there the last 2 years and The Shire were there also. There is such great talent in the Country scene and the Americana scene, fingers crossed we can just keep pushing it forwards!

( Lee ) I’ve read that you’ve spent quite a lot of time in Europe, do you have a favourite memories?

There was a venue that had me as a resident artist when I was 18 and I’ll never forget it; I still keep in touch with them now. It was O’Sharkey’s Bar in the French Alps, Alpe d’Huez, classed as the Sunny Mountain and it was one of the best times of my life. I skied and sang in all the bars; on my days off I learnt to snowboard. It was like a place you only dream of and just thinking about it now just makes me smile. It was such a great place. It’s made me who I am today as a singer as well. If you want to go skiing check out Alpe d’Huez and there’s some great British live music there as well so that is one of my all time favourite bars!

( Lee ) I’ve also read that you’ve recorded a track in L.A, does that feature on your EP or album?

( Lee) I like to finish an interview on a odd question, so what’s the weirdest thing you’ve eaten on your travels?

Snails!!! Oh, and frogs legs!! They actually come in the shape of frogs legs and that’s really off putting! Its just like these gangly skinny legs still on hips and urgh! I have eaten kangaroo, I’ve had a few, I like my food! I love the French and the country, just not the food! Calamari is another, its just so rubbery, you may as well eat your car tyre man!

I could have sat and chatted with Chloe all night, she is such a likeable person and ridiculously funny too! I really hope we get to see her more of her at the Country Music festivals next year and am looking forward to the album being released. Harrogate was a great night, the songs and the performance were fantastic! ( Lee 🙂 ) 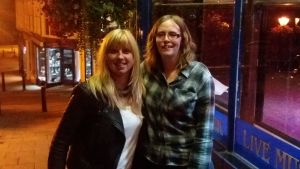