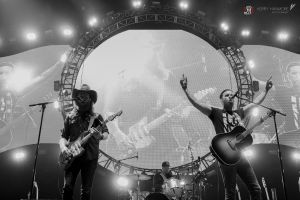 Bob Harris introduced Brothers Osborne by saying they were the CMA Duo of the year last year and they were Grammy Nominated, he turned and started to walk off the stage, except he tripped!  He didn’t quite fall over, but it was very funny!

Down Home kicked their set off, followed by Rum.  T.J. asked if we had all come here to party, he then said they had come a long way to party.  The crowd roared their approval!

Pawn Shop, 21 Summer and Shoot From the Hip followed.  T.J. has such a deep voice!  For some reason prior to seeing the guys, I thought John was the singer, his beard matches the deep voice!!  Loving Me Back & Stay A Little Longer were next. 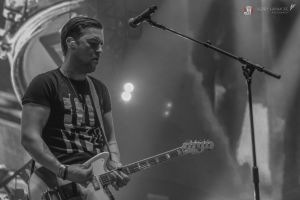 T.J. said it was his 1st time in London (John is married to Lucie Silvas, who is English, so he has been across before, but it was their 1st time playing London).  T.J. then had the crowd sing a few Aye ayes & oh ohs back to him, the crowd were just loving it.  They were in full voice & joined in with gusto!  Not My Fault finished the set, there was quite a long instrumental bit in this. 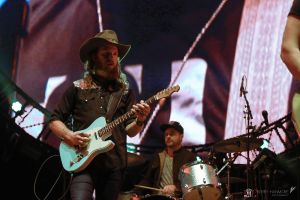 For me this set was over too quick.  When C2C announced Brothers Osborne I didn’t really know them.  The 1st coupe of times of listening to the CD Pawn Shop, I didn’t really like it, but then all of a sudden I realised I loved it!  I obviously needed it to grow on me!  As a result I was looking forward to this set & the guys did not disappoint!!

When Bob Harris came back on, he said “No-one saw me trip did they?  Someone has said I am now Trip Advisor!!”