Up-and-coming singer/songwriter Alyssa Trahan is making waves with her first release of the year, “Memories Not Dreams.” After signing a publishing deal in 2018 and releasing her brand of captivating music over the past year, Trahan is back with a single meant to inspire. Exclusively premiered by Medium, the song emphasizes making the most of our limited time on Earth. Written on a songwriters retreat with Kent Maxson and Adam James Deiboldt, she sings of aiming to accomplish all of her goals in order to turn them into fond memories. “Memories Not Dreams” can be streamed and downloaded here. 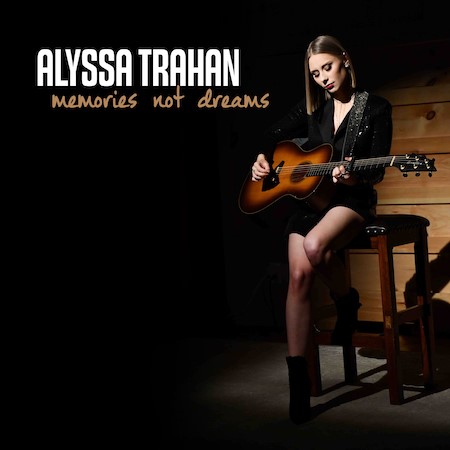 this song is so special to me because it has a message that every single person can relate to. I hope it will inspire people to go and live their dreams or even go and call someone they haven’t talked to in a while, because life is shorter than you think.

While not recording or writing, Trahan spends her time producing demos and tracks for herself and other artists, opening for acclaimed musicians such as Charlie Daniels, Lee Ann Womack and Midland, as well as writing for and starring in commercials. Trahan is able to blur genre lines with her modern pop production mixed with traditional country instrumentation, winning over fans of all genres.

About Alyssa Trahan
Alyssa Trahan is able to blur genre lines with her modern pop production mixed with traditional country instrumentation, winning fans over of all genres. A jill-of-all-trades, singer, songwriter, multi-instrumentalist and audio engineer, Alyssa began making waves in Nashville as soon as she moved from her hometown of East Rochester, N.Y. in 2016. Just two years later, in January 2018, she signed her first publishing deal with Dan Hodges Music. Playing over 100 shows a year, Alyssa is captivating audiences with her energetic live shows opening for like likes of Charlie Daniels, Jana Kramer, Josh Turner, Lee Greenwood, Lee Ann Womack, Midland and many more. Whether it’s solo or with a full band, Alyssa steals the show. Bringing a fresh new sound to country music, Alyssa Trahan is a fresh face force to be reckoned with. Keep up to date with her at alyssatrahan.com along with her socials Facebook Twitter Instagram

Less than 2 weeks until the 5th Annual AmericanaFest UK kicks off...

The second single from the acoustic ‘Campfire Sessions̵...