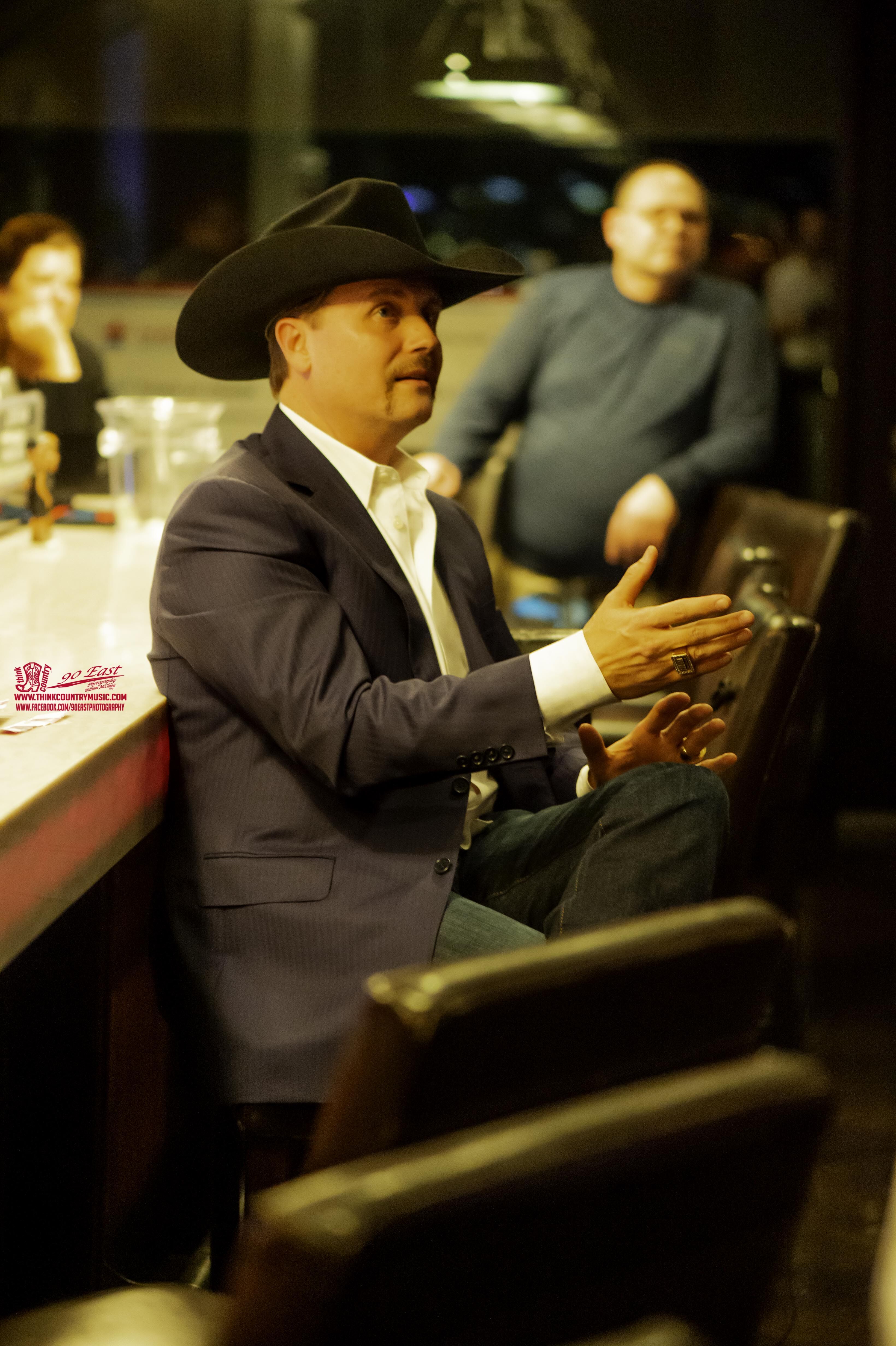 He’s as American as baseball, apple pie and “whiskey that doesn’t burn your throat”.  He’s John Rich, who most people know as one half of the country music duo, Big & Rich.  Rich’s Redneck Riviera brand of whiskey has only been around for a couple of years and it’s doing well.  Why?  Well, as Rich says, it doesn’t burn your throat because it’s a good quality whiskey, for one.  It tastes good straight up or mixed and it’s “Granny Rich Approved”, which probably means more than anything if you’re looking for a stamp of approval.  Granny Rich is John Rich’s grandmother and she’s in her upper 80’s, but she knows a good whiskey when she tastes one.  She’s still smoking Marlboro Reds and taking in sewing work, like the skirt she was hemming recently for “an old lady”.  That right there should speak volumes about Granny Rich and her attitude about life.  That’s a woman I trust to know her liquid refreshment. 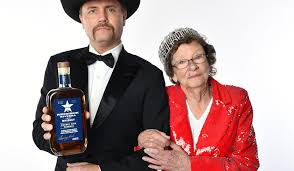 If that isn’t enough to convince you that Redneck Riviera is whiskey you need to try, maybe once you hear about all the good it does for people, you’ll want to run right out and buy up a whole bunch of it.  When I say it does a lot of good for people, I’m not just talking about making introverts into extroverts at parties or helping hopelessly uncoordinated folks bust a smooth move at the company Christmas party.  I’m talking about truly great things.

Redneck Riviera Whiskey was created with the “Work Hard, Play Hard” crowd.  As John Rich will tell you, just because someone isn’t loaded with cash, shouldn’t mean they have to drink crummy whiskey.  In fact, as he sees it, the hardest working people are the ones who most deserve to drink something that tastes good and “doesn’t burn your throat”.  Redneck Riviera Whiskey may not be the cheapest thing on the shelf, but it’s not outrageously priced either.  The dirt cheap stuff?  Why bother?  You’ll pay a hefty price for drinking that the next day.  Drink Redneck Riviera responsibly and you’ll be in much better shape.  It’s worth it. 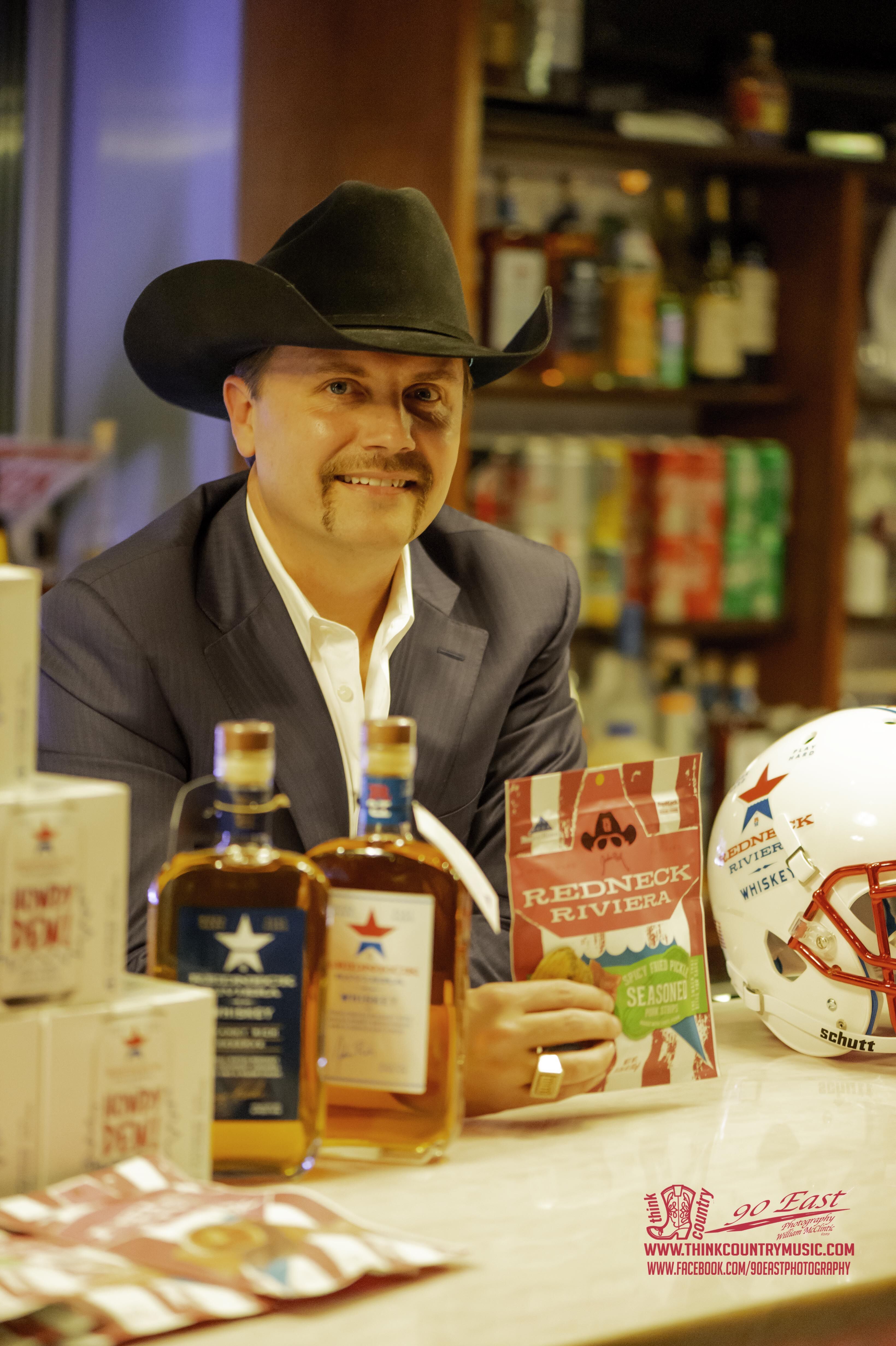 Not only that, but ten percent of every sale of Redneck Riviera Whiskey goes directly to an organization called Folds of Honor.  This is the Mission Statement of Folds of Honor;

“Since 2007, the Folds of Honor has carried forth this singular, noble mission.  To provide educational scholarships to spouses and children of America’s fallen and disabled service members.”

It’s a worthy cause and all you need to do to help out is enjoy great whiskey.  Of course, there are other ways to donate and become involved, and all of that information is available at https://www.foldsofhonor.org/  This is a charity that John Rich is passionate about.  He becomes emotional when talking about some of the families that have benefited from Folds of Honor.  Is this a businessman simply putting on an act in order to sell more product?  Absolutely not.  Listening to him speak and tell these stories, he’s the genuine article.  His father taught him as a young boy that it was necessary to “tithe”, meaning for every dollar you made, you should give up ten cents to someone in need.  That lesson stuck with Rich.  He not only believes it’s a good idea, he lives it.

So, why did John Rich invite us to his Nashville home to tell us this?  These were things many of us already knew.  Did he just want to hang out with us and watch some Tennessee Titans football?  I mean, we did that too, but there was some business to take care of first and it was exciting.  The Redneck Riviera line was expanding.  With a new carbonated fruit punch beverage called “Howdy Dew”, this might taste like kid stuff, but don’t go serving it to any kids.  It has a whopping 5.5% ABV, so be careful.  It sure is easy to drink thanks to its fresh, fruity flavor and it’s likely to make a person go overboard before they even know it.

There’s also new flavors of Redneck Riviera jerky.  Spicy Fried Pickle Seasoned Pork Strips, Amarillo Heat Seasoned Pork Strips and Whiskey BBQ Beef Steak Strips.  Everyone at the party was able to take some of these savory snacks home and if you like this type of thing, you’re going to love the new flavors (naturally, served best with Redneck Riviera Whiskey).  Whether you like the vanilla honey smoothness of Redneck Riviera Whiskey or your palate desires the more discriminating Granny Rich Reserve, you’ll appreciate some of these no-fuss, no-maintenance treats along with it, because who wants to wash dishes after a few drinks? 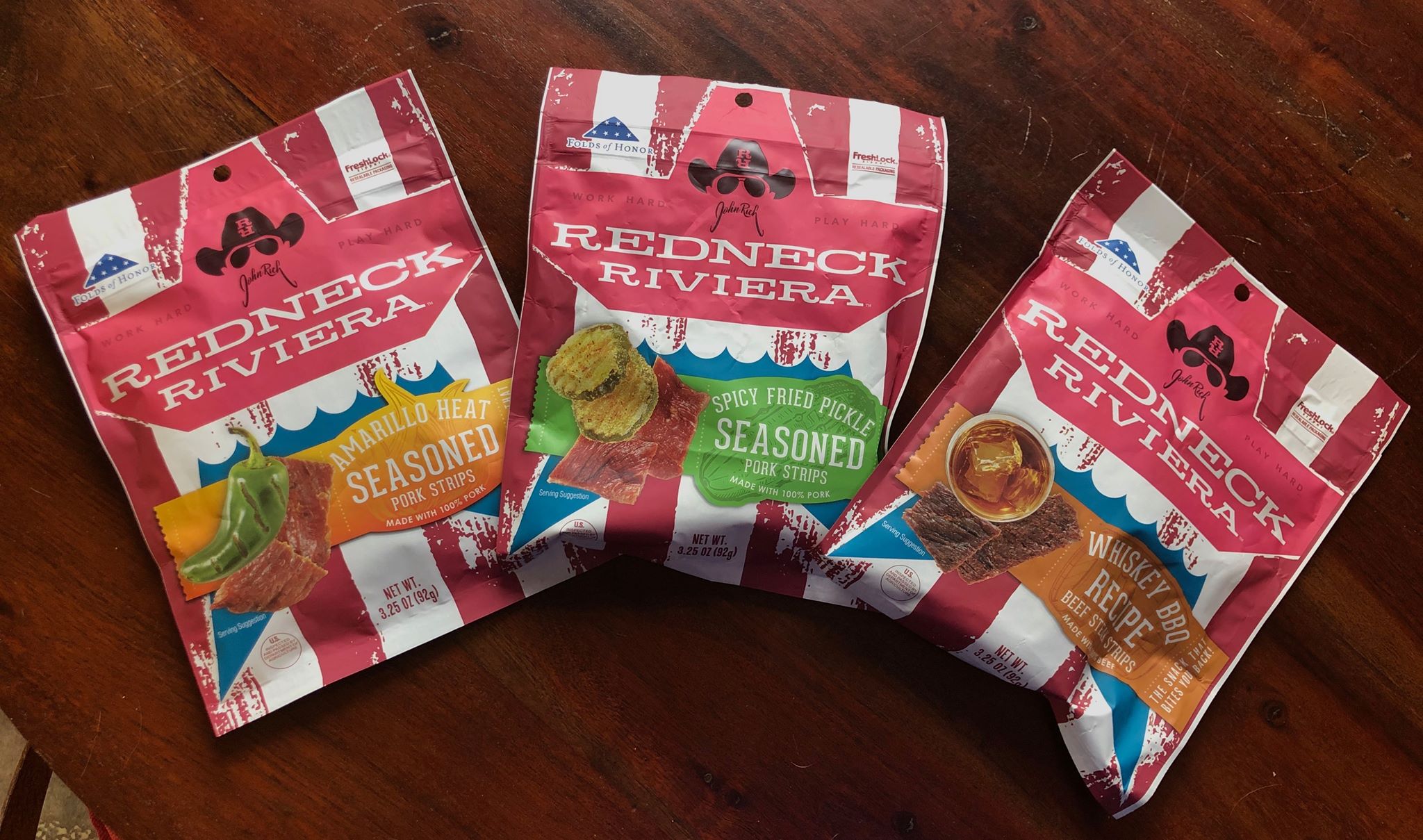 New food and drinks and John Rich had more to share.  He’s going to be the host of his own show called The Pursuit! which will air on Fox Nation, the on-demand, direct-to-consumer streaming service, beginning in February, 2020.  It’s a bi-partisan look at everyday people going after the American Dream.  Rich gets excited when he speaks about Americans being so fortunate to live where opportunity doesn’t knock.  We, ourselves have the ability and the freedom to go knocking on doors looking for it.  Other places around the world shackle their people to one way of life forever. 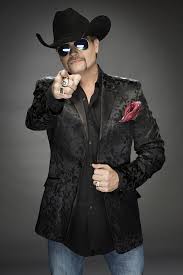 In America, if we have an idea we can put our hearts and minds into it and give it all we have until we get what we started out for.  It’s a freedom many of us take for granted.  The Pursuit! will have Rich seeking out and learning about those individuals that went for the American Dream and achieved it.  He’ll have special guests along the way as well.  The first eight episodes are already complete and were shot right at Rich’s home in Nashville.  It promises to be a positive program and once again, he made sure to stress, it has nothing to do with liberal versus conservative or left versus right.  This is simply about people.  All people.  Click here to start your free trial of Fox Nation https://nation.foxnews.com/

We had an awful lot of news thrown at us and all of it was good.  What do you do after that?  Go home?  Not at John Rich’s house you don’t.  You party.  We were treated to live music from John Rich and Cowboy Troy, some amazing food and of course, drinks.  I tried Redneck Riviera Whiskey with ginger and lemonade and it was fantastic.  I highly recommend it.  I talked to others who were drinking the “Howdy Dew” and they were raving about it. 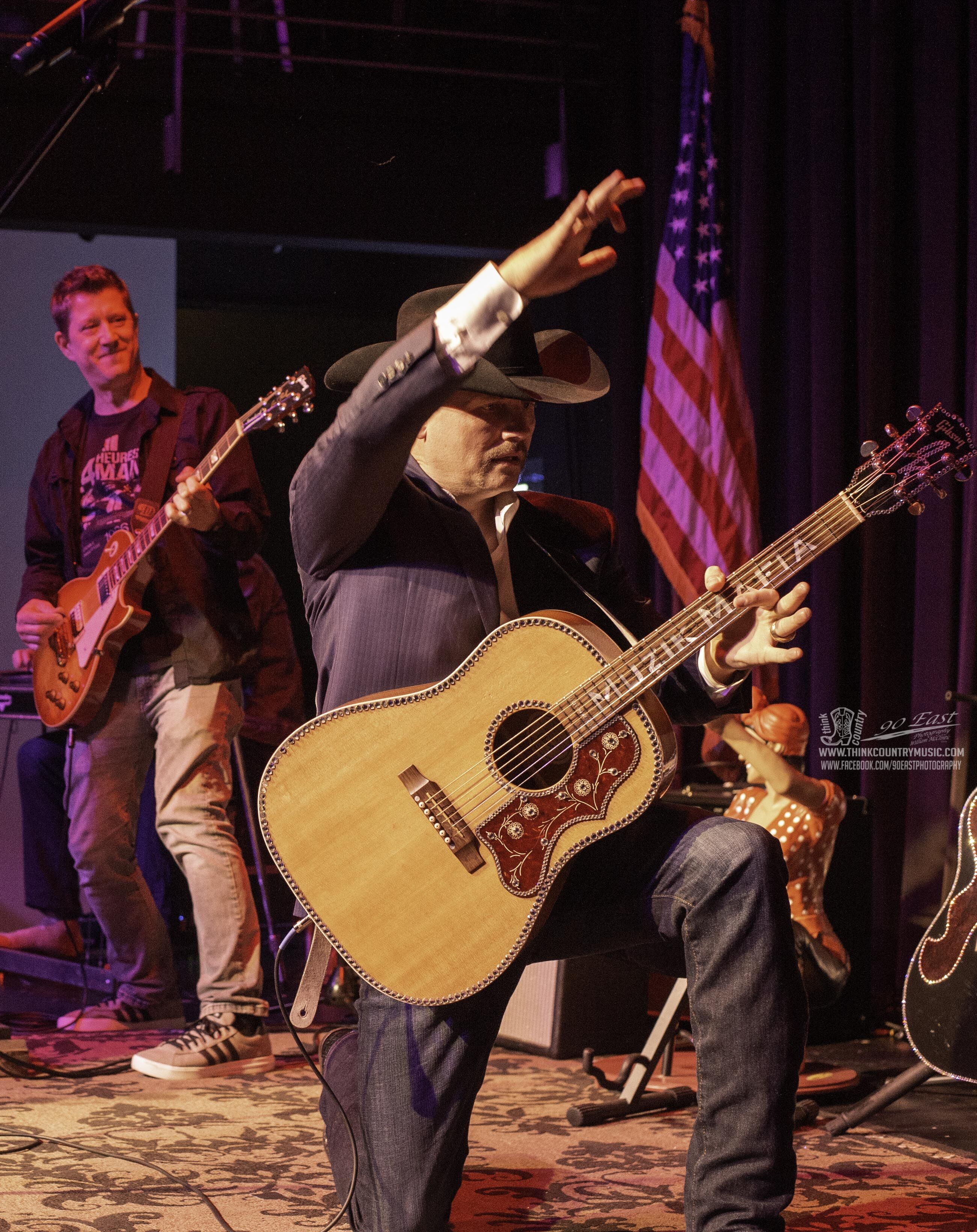 There was also a little football game going on that night.  The Tennessee Titans took on the Baltimore Ravens in a divisional game that would earn the winner a spot in the AFC Championship game.  I’ll let you in on a little secret.  Our humble host is a Titans fan.  Actually, it seemed everyone in the place was.  I’ll let you in on a another secret.  There’s no better place to watch a big game than Mt. Richmore.  Capping off an informative, yet fun evening with a Titans win was as good as it gets. 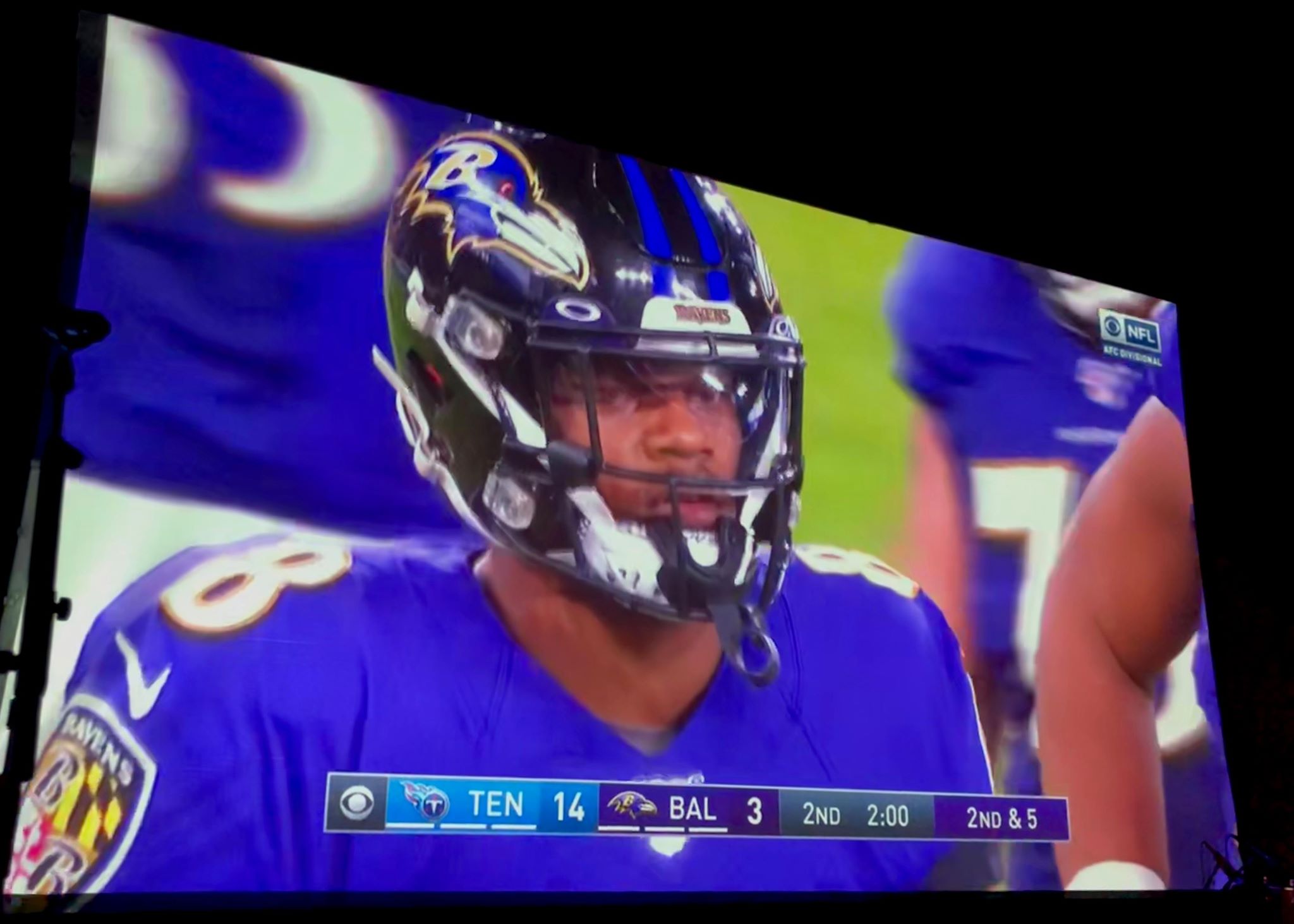 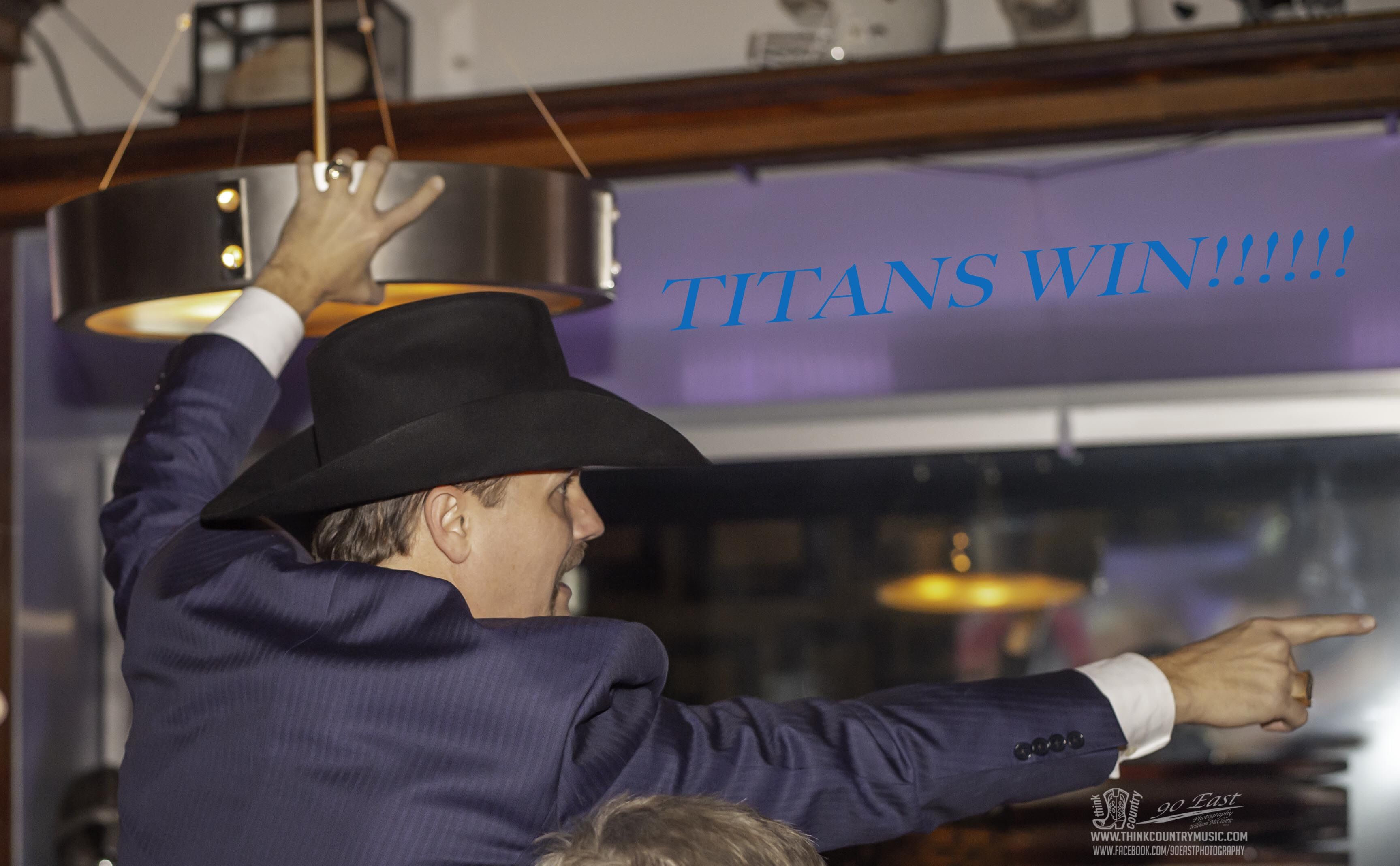 If you want to enjoy Redneck Riviera Whiskey, not much beats coming to Nashville and having some right at Redneck Riviera on Broadway, Rich’s own bar, but we understand that’s not always feasible, so why not buy some and drink it right at your very own home?  It’s available in stores all across the country and even online (shipping to some states is prohibited by law).  There’s a store locator and ordering information right at https://redneckriviera.com/whiskey/ and don’t forget to check out the other merchandise available while you’re shopping.  We like to think we’re good judges of quality stuff here at Think Country, and we rank Redneck Riviera products right on top. 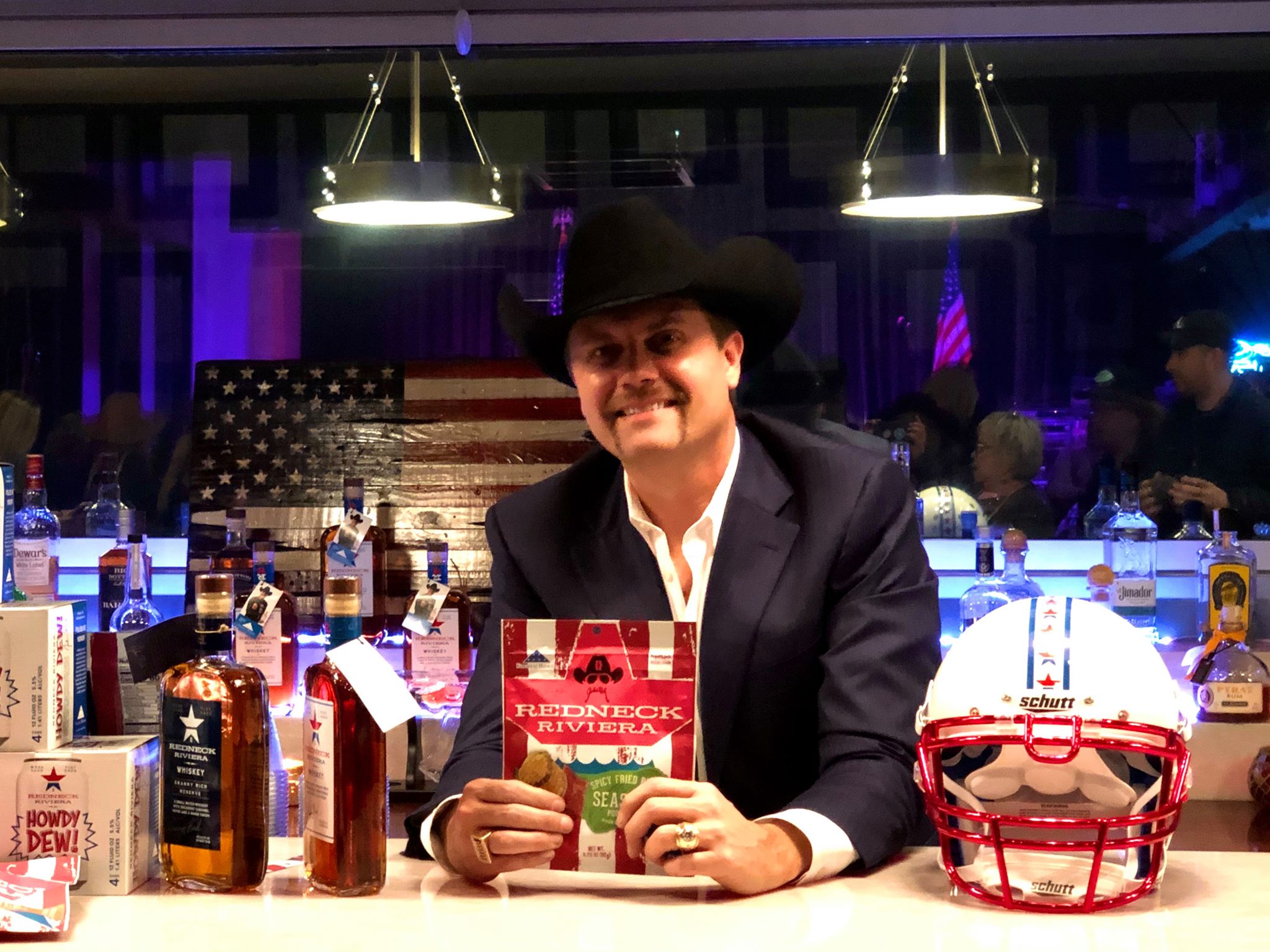 Thank you to John Rich, Wortman Works, Cowboy Troy and everyone who made our visit to Mt. Richmore one to remember, and we actually do remember because we did the right thing and drank responsibly.  We encourage everyone to please do the same. 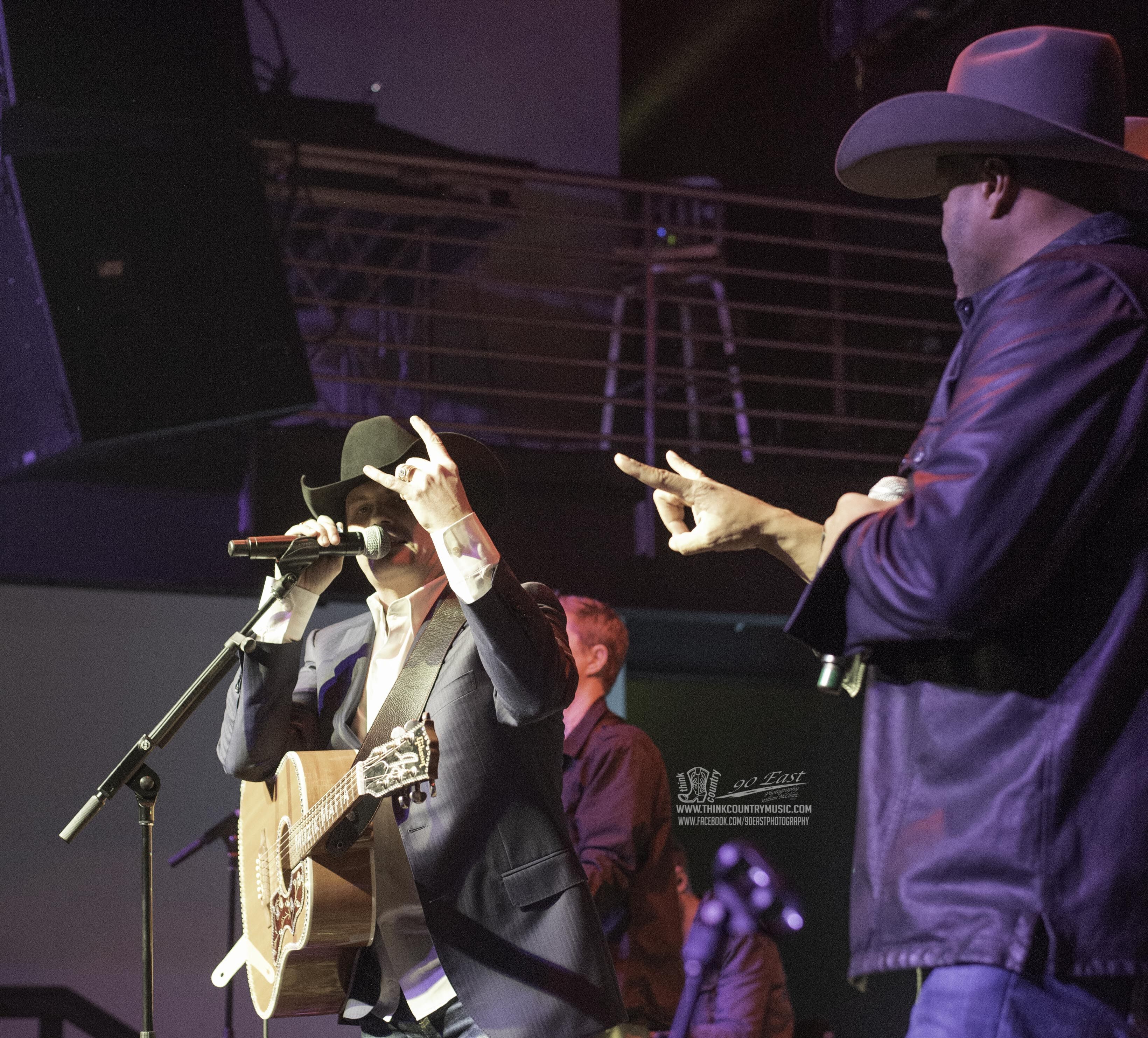 John Rich can be found:

The Highway Women celebrate all forms of beauty with new single &...