The return of Josh Turner and his new single Hometown Girl 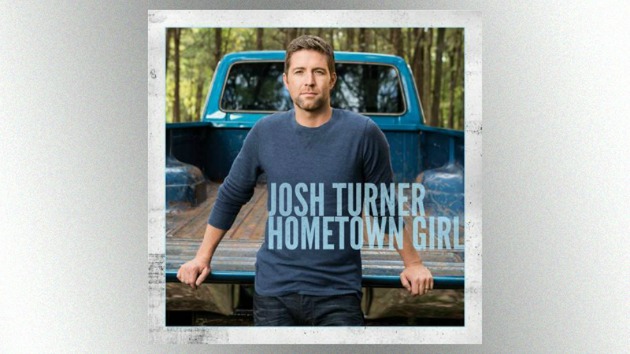 I love having Josh Turner release new music. Trust me, it has been a long time coming and I know I am not alone when I say he has been very much missed. With his infamously deep, traditional country voice, Country Music has certainly been lacking anyone similar. In a way, I guess it is a good thing that his music has taken a slight hiatus, with other artists dominating the charts, such as Florida Georgia Line and, more recently, Sam Hunt. I guess Country radio, which always backed Josh Turner, have been pressured to support more mainstream cross-over artists. Flash back to Josh’s Fan Club Party at CMA Festival 2014, where this particular subject was touched on, and Josh seemed to politely indicate that Country radio has no place for artists such as him anymore. I hope that will change though, especially with the sudden, somewhat overpowering impact Chris Stapleton has had on the industry lately – and deservedly so. Let’s hope this opens doors for artists such as Josh to make a comeback. After all, one of the many great things about Country Music was its uncapped age limit, which more recently seemed to be going out the window and leaning towards such an ageist, Pop, R&B route. Even artists who I would personally say are too old to dabble in that area, have released songs with very mainstream pop acts such as Pitbull.

Josh is on the MCA Nashville label (a division of UMG recordings) which is the same label that Sam Hunt is on. It may be that the label were concentrating on Sam’s current success rather than attempting to produce and market a new album for Josh – or perhaps they just simply did not know what to do with him? It is a shame, because I was such a big fan of his album Punching Bag, which was released in 2012 – but maybe giving the Country world a bit of time to get cross-over sounds, such as Bro –Country, out of their system could have been the right move.

Josh is not one to sell out down the Pop route, which I am very happy about, so it’s so nice to have his music stick to that somewhat traditional sound he has always produced. I do think that this song is meant to target a much younger audience than his previous material though, as I guess that’s the demographic for Country radio these days.

Whilst I do like this song, it does have the typical country ‘key words’ we hear in many songs and it seems these kinds of Country stories are taking a bit of a loop.  That aside, it has a good, memorable, happy, upbeat melody and a catchy chorus – and with Josh’ voice,  the song is a lot more impressive than it possibly would be if sung by anyone else. Let’s face it, Josh could sing the phone book and he would make it sound single- worthy.

Hometown Girl is a song that can boast having traditional Country instruments on the track, which many songs on the radio seem to have a lack of lately. There was a time when artists such as Josh, Darius Rucker and Brad Paisley, to name a few, dominated Country music with this particular sound – and I want it back!

An Opry member – and playing regular shows there – Josh has always been around the scene, but his name was no longer one I was hearing from people’s lips. As an active fan in the Country community, I found that a travesty. Hopefully, this song will change that, or maybe it’s just that Josh hasn’t really hit the UK Country fans yet? After all, the majority of fans emerged when the TV show Nashville aired and with him not actively releasing music, he may have been slightly glossed over.

If this is your first time hearing of Josh then I recommend going through a bit of his back catalogue and listening to songs such as Why Don’t We Just Dance and Long Black Train. His album Punching Bag, should also not be overlooked.