What country means to me 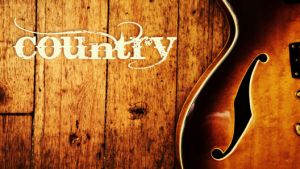 I suppose falling in love with a girl from El Paso would have certainly been more exotic than one from Swindon.  Growing up in 70’s & 80’s both my parents listening to Jim Reeves,  I’m sure his albums were the only thing my parents fought over in the divorce,  Glen Campbell,  Dolly Parton & Kenny Rogers, it was no wonder I liked country music.   Marty Robbins vinyl cover of “Gunfighter Ballads & Trail Songs” with its lurid pink backdrop and quick draw gunfighter stance was always going to pique my interest and I still have it tucked away under the stairs.

With only three TV channels the ability to actually watch any band play was really restricted to ToTP and special concerts during religious holidays, looking at you Val.   With a small amount of pocket money trips to Woolies or Our Price were infrequent so I relied more on those old 33 and 45’s to pad out my music stash.  At no point though did I think playing “Crystal Chandeliers” followed by the latest Duran Duran single particularly strange.  And the shuffle function on my iPod still doesn’t.

This is what country means to me.

Music continued to be a big part of my life, even working in the now defunct MVC, but it wasn’t until I heard “Please Remember Me” on ToTP2 that I turned back to country in a big way.  Listening to that deep, rolling country ballad with Patti Loveless on harmonies, it was no wonder I came down with the country bug again.   McGraw remains my personal favourite, effortlessly straddling the old and the new sound.  Living in a country where Britpop was dominating the charts, liking country was definitely not trendy!  Sure I listened to Oasis, but it didn’t stop me from playing Toby Keith or Garth Brooks either.  Kids today don’t realise how lucky they are, nowadays country music is *shock* popular, being popular, however, brings its own set of problems but that’s not for now.

What I can say is without country music in my life I wouldn’t have met good people, hunkered down under Globe Park as tornado warnings went off, been part of a Guinness world record, cleared a seated area dancing to FGL, sang loudly and badly to Keith Urban in the shadow of the High Roller, genuinely got emotional meeting Ashley Campbell & her brother or got a huge hug off Andrew Combs.

This is what country means to me.

I am very lucky to have a wonderful wife who will sit through hours of music that perhaps she wouldn’t normally listen too, patiently waiting for Eric Church, TC3 or Brad Paisley to come on stage.   I am lucky that I get the chance to write about my passion on this website.  I’m lucky that I get the opportunity to fly to the US to see the cream of US country over there.  We are very lucky that we are finally seeing the cream of US country over here.  We are lucky that we now get album releases almost as standard here in the UK.  We’re lucky that we now have UK radio stations playing country 24/7.

And finally I’m lucky that my heart still beats to the sound of distant drums but I‘m probably too old to be a lineman in Wichita.

That is what country means to me.