TRAVIS TIDWELL – CATCH ME IF YOU CAN

When I first saw the album cover and a few photos of Travis Tidwell, I was keen to get to hear some hard-driving rock’n’roll songs with a big gravelly voice and some loud guitars.

Appearances though can be deceptive, and while I would certainly have enjoyed something full-throttle, Catch Me If You Can delivers a totally different set of songs, mixing country with skiffle, Delta blues, funk, bluegrass and some gospel touches, with some nice touches on the guitar, and an overall uplifting feel that continues to grow the more times I run the album through.

The album opens with the toe-tapping country rock of Gonna Make Somebody Happy which has a really positive feel, some good-ole boy lyrics about the boss-man giving him a hard time, and shuffles along while the guitar does it’s thing over the top – a bit of the bluegrass and skiffle mix which suggests what a good guitar-player Travis might be!  And I love the little add-on after the false ending which really proves the point about the guitar work – with Travis and Kent Wells sharing the work.

An immediate change of mood comes with Giving You Time, which is a full-blown gospel ballad, with some glorious guitar work, stunning vocals, and some piano and organ from Dane Bryant that really adds to the depth of the melody. The band swings along sweetly behind Travis who does the lead and backing vocals himself.

A real modern-country ballad is If You’re Reading This, which would not be at all out of place on commercial country stations anywhere, driven along by the off-beat drums of Zach Loveless and Dave Fowler on the bass.   The we get the title track and first single release, Catch Me If You Can, and this is a slow-burning ripper of a song, with the delicate guitars and organ of the verse before the chorus opens up in all its glory – this has touches of British rock band Thunder given a southern country feel, and with more enormous backing harmonies from a powerful trio of vocalists, and sensational guitar-playing from Travis and James Mitchell. 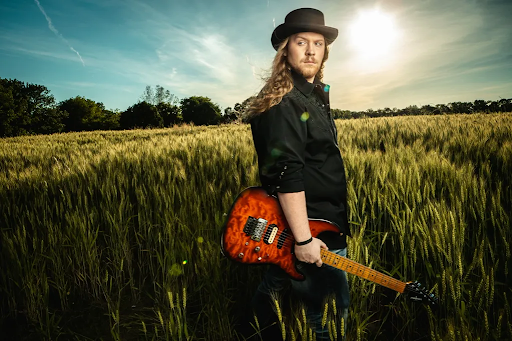 Another gospel-tinged ballad in What About Us? allows Travis to provide some delicate guitar touches and flourishes around the vocal lines, and the song builds into an emotional middle-eight before stripping back down to voice and guitar for the closing verse and chorus.  It is with That Name that the Shelby on the cover comes into play as it booms down a Tennessee back road to a Friday-night show, windows down and the stereo up loud, and the band rocks out behind some tongue in cheek lyrics, probably behind one of those Blues Brothers cages as it all gets slightly rowdy!

The only song not written by Travis and Mike Tidwell (Travis’ Dad) is a smooth, grooving Steady Peace, written by fellow Nashville artist Rick Huckaby and JP Pennington, which rolls along sweetly, until a really tasty guitar solo which is either Travis or Jerry McPherson who is credited on this track, and there is a reprise to the solo that forms the outro too.

Pure Insanity is the song that brings it all together for me – starting like a Thunder or Aerosmith ballad, with that touch of slightly psychedelic ethereal melody in the keyboards and guitars, and shows some really deft touches in the song-writing and structures which start to set Travis apart from some of his contemporaries, and also really showcases his terrific voice and vocal range.  This could not be more different to the rest of the album, and has ended up as way more than just the sum of the various parts which are obvious from the other songs.

I would love this one to turn into a 9-minute epic, to extend some of the guitar-licks, the mini-duels between Travis and Kent, and feel the power continuing to build from the passion and emotion of the lyrics through to an out-and-out southern-rock extravaganza.  It doesn’t, and is probably a better song for not pandering to the questionable tastes of this reviewer, but as the set-closer at a show, I reckon it would work a treat!

Travis has told me the next album will rock out some more – and I reckon that will be great – but take nothing away from the quality of this debut album, and the excellence of the songwriting, the musicianship, and the production from the team of Kelly Schoenfeld (also BVs), Kent Wells (Guitars), Dave Fowler (Drums) and Travis himself.

Travis also comes across as an all-round nice guy, happy to stick a signed CD in the post to Australia in the hope that it might get a mention on a website somewhere! 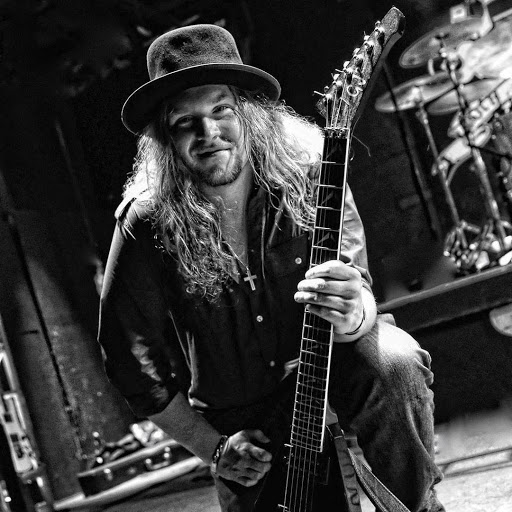 Granger Smith’s Country Things Vol. 2 May Be The Best Black...