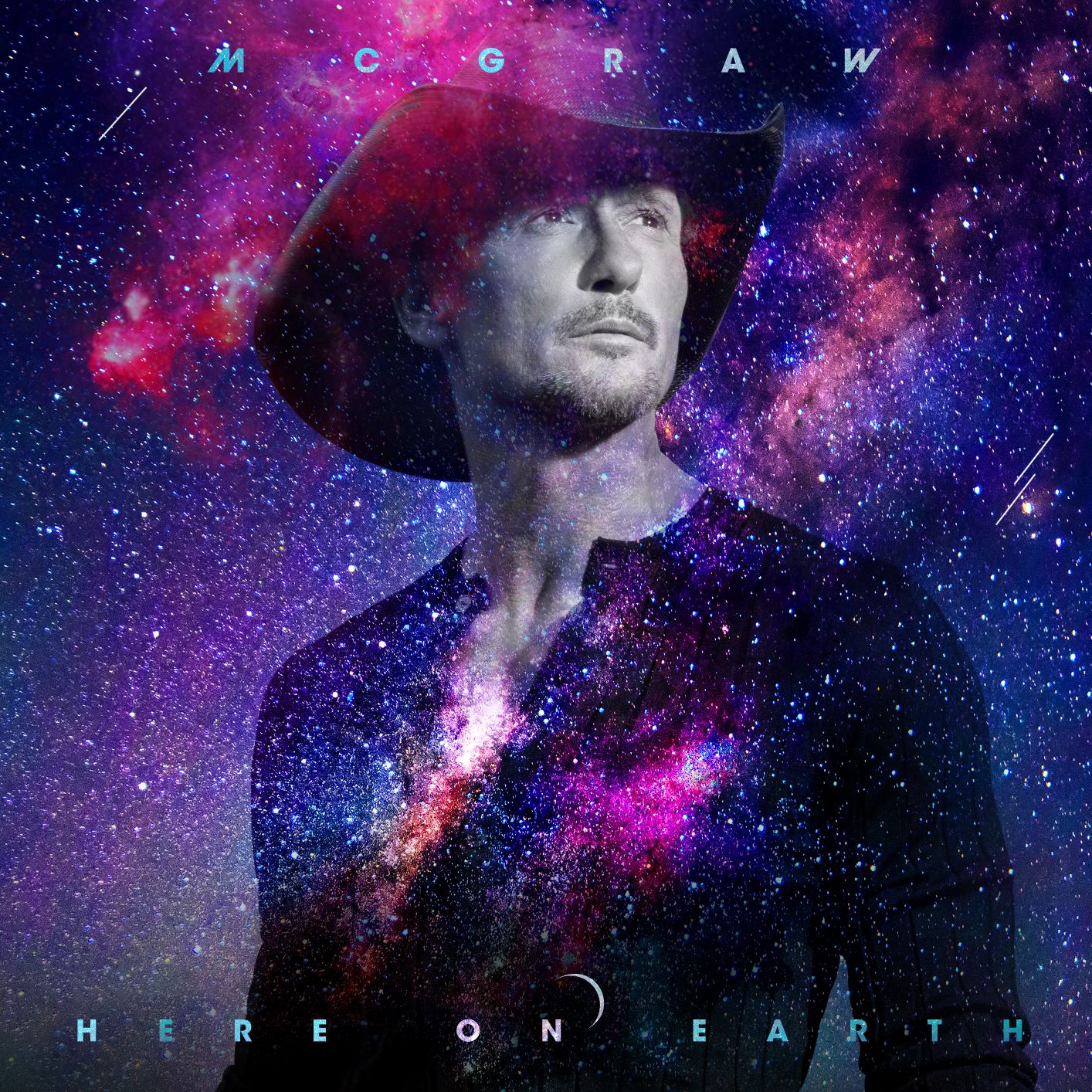 In a world where everything is changing, there are some things that we can still rely on. Tim McGraw is still releasing great albums. On the 21st August, ‘Here On Earth’ arrived, and the long five-year wait for a new McGraw solo album was worth it.

‘Here On Earth’ is on the one hand a little bit predictable. McGraw is back on Big Machine Records, he’s co-produced with Byron Gallimore, and is cutting tracks by songwriters he’s been working with for years (such as the Warren brothers, Aimee Mayo and Lori McKenna). But there is nothing wrong with steady and reliable when it’s really really good – and this guy’s on his 16th album of it.

You’d be forgiven for thinking after the first three tracks that we had been transported to some parallel universe, given the starry album cover, the launch of the ‘Chevy Spaceship’ and the slightly odd inclusion of the bagpipes on ‘Here On Earth’. But it isn’t long before we’re back in the McGraw comfort zone with ‘Damn Sure Do’, an obligatory gushing ode to Faith Hill and how much he needs her.

This collection of songs makes McGraw as relevant as ever. He’s described it as, “vignettes of shared human emotions such as love, relationships, introspection and fun”. These small snapshots are at their most poignant when they are most simple. Everyone in the McGraw clan gets a mention from his mother in ‘I Called Mama’, to his wife and kids in ‘Gravy’, and even his dog in ‘Doggone’. But what this does, is remind us that it’s family that really matters. We’re here on this earth to look after each other.

He’s not a songwriter. Is that a bad thing? Time and again he has proven that this gives him the freedom to cherry pick the very best that country music’s outstanding web of songwriters have to offer. As well as the trusty usual suspects, there are others whose careers are going from strength to strength. Nathan Spicer is one of those, who co-wrote both ‘7500 OBO’ and ‘Good Taste in Women’ – two of the strongest tracks on the album.

McGraw also gives a big endorsement to Sheryl Crow on the track named after her, singing “You’re like the first time I heard Sheryl Crow on the radio, one song had to have the whole record, gonna be stuck in my head forever”. It’s one of the most memorable songs on the album.

McGraw is an old timer of course, in fact so secure in his position as country music royalty that he’s even singing about his own songs. In ‘7500 OBO’ he sings about ‘singing along to Where the Green Grass Grows’, referring to his 1997 number one hit from the album ‘Everywhere’. The sharp-eared will also notice the lyrics at the end of ‘Hard to Stay to Mad At’, where McGraw sings “I need you, I need you, I need you, I need you, I need you,” with the same rhythm and phrasing as the end of his well-know 2007 duet with Faith Hill, ‘I Need You’. It is small references like this that give the sense of McGraw producing a work that brings together the very best of what we’ve heard from him so far.

There aren’t any Truck Yeah’s on this album, that’s for sure. He shuns toe-tapping commercial songs, and is instead reflective, thoughtful and wholesome. An album to keep us all happy, and be a bit more grateful that we’re here on earth.

TC in Conversation with Hailey Whitters