Directed by Greyland and filmed just outside of Nashville, the video brings the track’s carefree lyrics to life while RaeLynn sings along and sparkles like the seltzer she’s sipping. The FOMO-inducing post-breakup pool party stars a good-timing group of RaeLynn’s besties, spiked with a couple of cameos from some of her fellow Country stars including Cassadee Pope. 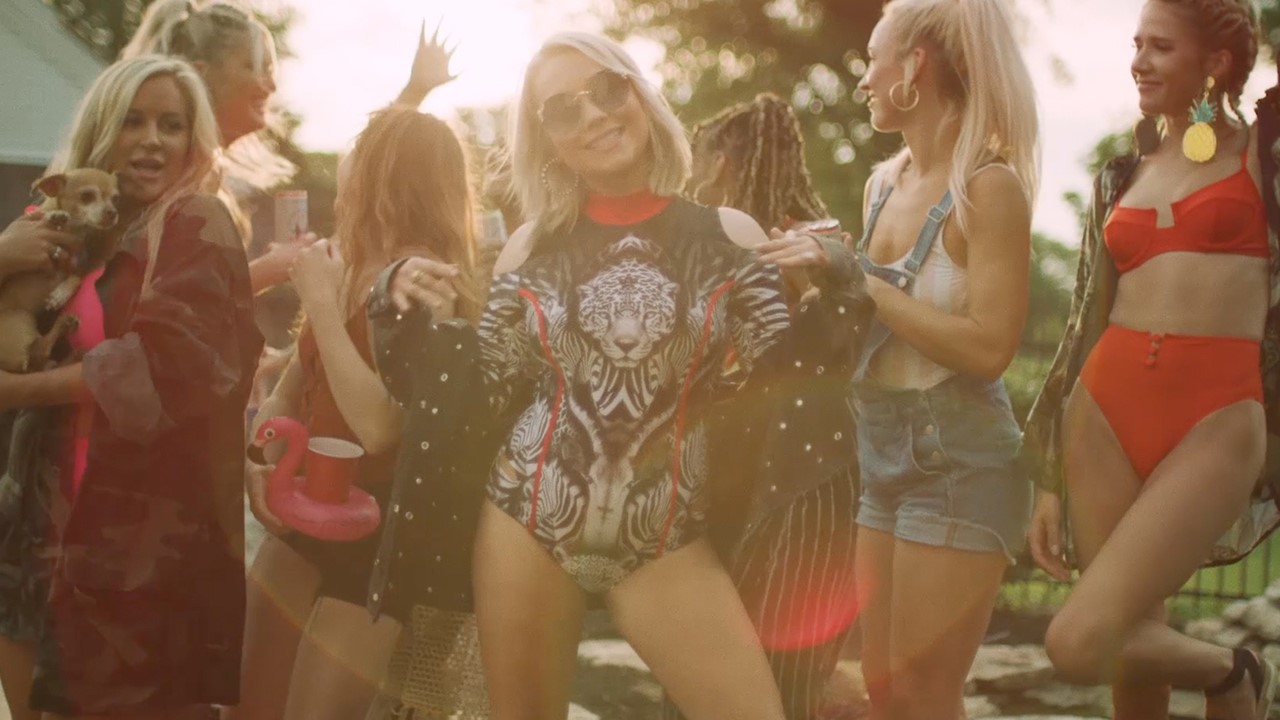 “I am so incredibly excited about this new chapter in my musical journey,” says RaeLynn. “‘Bra Off’ has been such a big fan favorite and I can’t wait to show this fun video to the world. For it to premiere in Times Square is beyond a bucket list moment! I’m so thankful to CMT for the support.”

Co-written by RaeLynn with Josh Kerr and Emily Weisband, “Bra Off” continues to turn heads, with Taste of Country proclaiming “you’ve never heard a song like RaeLynn’s ‘Bra Off’,” and Billboard praising the “tongue-in-cheek lyrics shine throughout the infectious new track.” Rolling Stone named it one of the “10 Best Country and Americana Songs to Hear Now” declaring, “’Bra Off’ isn’t just a breakup anthem; it’s a reclamation of female independence.”

“Bra Off” is the first glimpse at an exciting chapter ahead, with RaeLynn’s recent signing to Round Here Records – the newly-formed label created by Florida Georgia Line’s Brian Kelley and Tyler Hubbard. She will showcase her songwriting talent, quick wit and signature sass on her forthcoming EP, produced by Corey Crowder and expected to release in early 2020.

ABOUT RAELYNN:
Two-time ACM New Female Vocalist nominee RaeLynn is continuing to redefine Country music with her gift for storytelling through songwriting, accented by a one-of-a-kind, electric personality. Her widely lauded debut album WILDHORSE – arrived at No. 1 on Billboard’s Country Albums Chart and Top 10 on Billboard’s All-Genre Albums Sales Chart – was recognized among the best Country albums of 2017 by Rolling Stone, UPROXX and Stereogum. With both GOLD-certified (“Love Triangle”) and PLATINUM-certified (“God Made Girls”) singles to her name, RaeLynn has racked up more than 450 MILLION total career streams. Most recently on Maren Morris’ GIRL: THE WORLD TOUR, she’s also joined Garth Brooks, Keith Urban, FGL, Kane Brown, Miranda Lambert and Blake Shelton on the road. With 1 MILLION+ followers across her engaging online platforms, her star continues to rise after becoming the first Country face to represent the global beauty brand Too Faced. RaeLynn’s brand-new EP is set to release in early 2020 via Round Here Records, with its first offering – the spunky sayonara, “Bra Off” – available now.

Ahead of Valentines Day release of her self-titled sophomore reco...