Nashville non-conformist, Kalie Shorr, is kicking off December on the road with LeAnn Rimes and receiving major accolades along the way. Today, The New York Times released their Best Albums of 2019 list which included Taylor Swift’s Lover (14), Lana Del Ray’s Norman ___ Rockwell (6), Ariana Grande’s Thank U, Next (11) and other major all-genre records released over the past year. At No. 7 on pop music critic Jon Caramanica’s list lands Shorr’s Open Book, her debut full-length album released in September. It was the only Country release chosen by the renowned critic.

“Open Book, by the relative newcomer Kalie Shorr, is the sort of gut-wrenching album made by someone who understands how vital and detailed country music can be, and who is faithful to its heritage (including its lineage of resistance). Everyone in Nashville is likely hoping to sandpaper her into something just a little bit less confrontational; fingers crossed that doesn’t happen.” – Jon Caramanica, The New York Times

Asked her initial reaction to this honor Shorr says, “Honestly, I can’t even believe it. I poured my entire heart and soul (even the darkest corners) into this album. For the first time, all that I factored in while creating this was self-exploration and healing. To have that be received by fans and critics alike is all I could have ever hoped for. I’m so honored to be included on a list with some of my personal favorite albums of the year as well.” 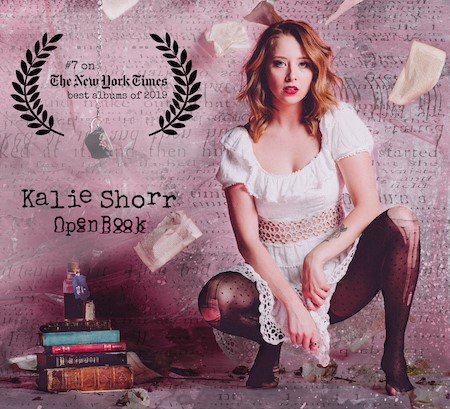 “A word to a gaslit girl from one who’s wisened up, this rocker is as gleefully mean as Avril Lavigne’s finest and as sisterly as something by the Dixie Chicks. Hot stuff from one of Nashville’s most promising.” — Ann Powers, NPR Music

“Listen to the music and it becomes clear that Shorr hasn’t sensationalized her heartbreak and grief. Instead, she’s expertly navigated it and turned it into something artful.” — Nancy Kruh, People

“For several years running, Kalie Shorr has been one of country music’s most promising new artists — for how she melds an appreciation of the genre’s roots with an unabashed love for emo and pop, for her cutting songwriting, and for how she’s made her feminism a vital part of her musical perspective.” – Marissa R. Moss, Rolling Stone

“With Open Book, Kalie Shorr channels both her inner Dolly Parton and her inner Alanis Morissette. She leans in to country music’s story-song tradition – and almost no detail is too personal to share – but her deeply specific verses intertwine with universally relatable choruses. High school me would have stanned this album hard (and that’s a high compliment!).” – Angela Stefano, The Boot

“Push past all the emotions Shorr leads with to find sublime songwriting and brilliant use of literary devices. The lyrics on this album, while at times unhinged, specific and shocking, are also perfect for who she is, right now. She has rare grit and the kind of courage they don’t manufacture on Music Row.” – Billy Dukes, Taste of Country

Respected rock music critic Craig Manning tweeted, “Big release day in general, but there are two records in particular that I very highly recommend,” and after touting Sturgill Simpson’s new LP, he went on. “The other is the debut album, Open Book from Kalie Shorr which is like Red era Taylor Swift, plus A Mark, A Mission era Dashboard Confessional, plus the first two Avril Lavigne albums. ‘Lullaby’ is immediately in the pantheon of all-time great breakup songs.”

Shorr is currently on tour with LeAnn Rimes for her “You and Me and Christmas” Tour and will be playing Nashville’s New Year’s Eve concert, Jack Daniel’s Music City Midnight, with Keith Urban, Jason Isbell & The 400 Unit, The Struts, Amanda Shires, Bren Joy and the Fisk Jubilee Singers.

This accolade follows the news that Entertainment One (“eOne”) are happy to announce an exclusive publishing deal with Kalie Shorr via its joint venture with Vintern Songs. 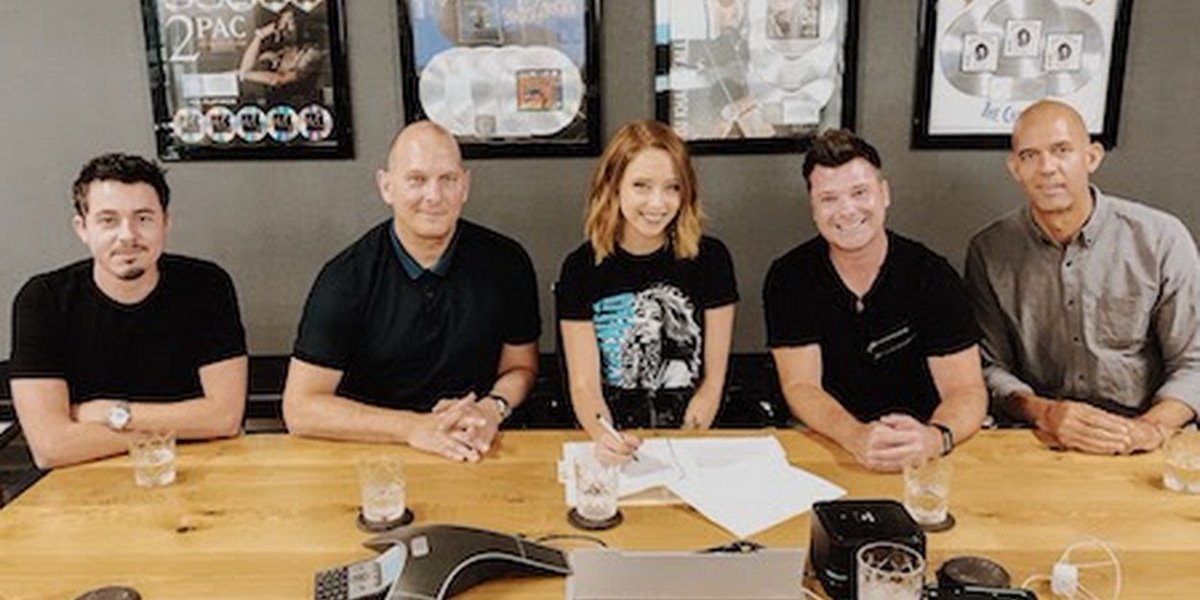 eOne’s Global President, Music Chris Taylor, says “We are blown away with the depth of Kalie’s songwriting ability and are already integrating her talent with our teams in Nashville and Los Angeles. Not only is she a fantastic artist, but we can’t wait to utilize her work in take her work into new realms like TV and Film.”

Said Aaron Pearce, CEO of Vintern Songs, “Kalie is an amazing triple threat singer/songwriter/musician. She is a true artist, a fabulous writer, and I couldn’t be more thrilled to be in business with her.”

Shorr says, “Songwriting is my passion, both to tell my own story and help other artists articulate theirs. As someone who writes in several different genres, eOne and Vintern are the perfect partners to help me take big steps in multiple directions. I feel so supported by them, both as an artist and as a songwriter, and I’m excited to see the doors we will open together. ”

As a songwriter, Kalie has had songs featured in media such as Paramount’s Yellowstone, CMT’s Nashville and the NFL, as well as recent singles by Will Jay, Miranda Glory and Honey County. She is currently working on multiple other projects that will be released in 2020.

Shorr is currently on tour with LeAnn Rimes for her “You and Me and Christmas” Tour and will be playing Nashville’s New Year’s Eve concert, Jack Daniel’s Music City Midnight, with Keith Urban, Jason Isbell & The 400 Unit, The Struts, Amanda Shires, Bren Joy and the Fisk Jubilee Singers.

About Kalie Shorr
Kalie Shorr burst onto the Nashville music scene in 2016 with her self-penned hit “Fight Like A Girl”. The Portland, Maine singer-songwriter became a Sirius XM “Highway Find” and was spotlighted by Spotify, Apple Music, CMT, Radio Disney Country, Taste of Country, and even Billboard magazine. In 2017, Kalie released her Slingshot EP to positive reviews and was named “New Artist You Need to Know” by Rolling Stone, “The New Nashville” by Teen Vogue, and one of “2017’s Hottest Artists Under 25” by Taste of Country. Named a CMT Next Women of Country and a “Top 10 Country Artists To Watch In 2018” by the Huffington Post, Kalie released her last EP Awake to critical acclaim and toured with Sara Evans and RaeLynn on the CMT Next Women of Country Tour. On March 31, 2018, Kalie fulfilled a life-long dream when she made her Grand Ole Opry debut calling it “one of the most emotional experiences of my life” and has since gone on to play the Opry many times. In late 2018, she headlined the Walmart/Pepsi “Road to the CMA Awards” Tour raising awareness for the 52nd annual CMA Awards telecast. In November of that year, Radio Disney Country launched a daily radio series called “Let The Girls Play” hosted by Kalie and fellow Song Suffragette Savannah Keyes. Kalie’s message of female empowerment has led to praise for her “social advocacy” [NPR] and let to features on PBS NewsHour, NPR’s “Morning Edition” and “On Point” in addition to ELLE Magazine. Kalie released “2019’s best freshman country effort” [Variety] and her first-ever full-length album Open Book in September with Rolling Stone saying “[Open Book] showcases the alchemy that Shorr concocts which manage[s] to conjure both Shania Twain, Red-era Taylor Swift, Dashboard Confessional, and Alanis Morissette all at once.” The New York Times’ lauded the record on their Best Albums of 2019 list. She is currently on the road supporting LeAnn Rimes’ “You And Me And Christmas” Tour this holiday season.