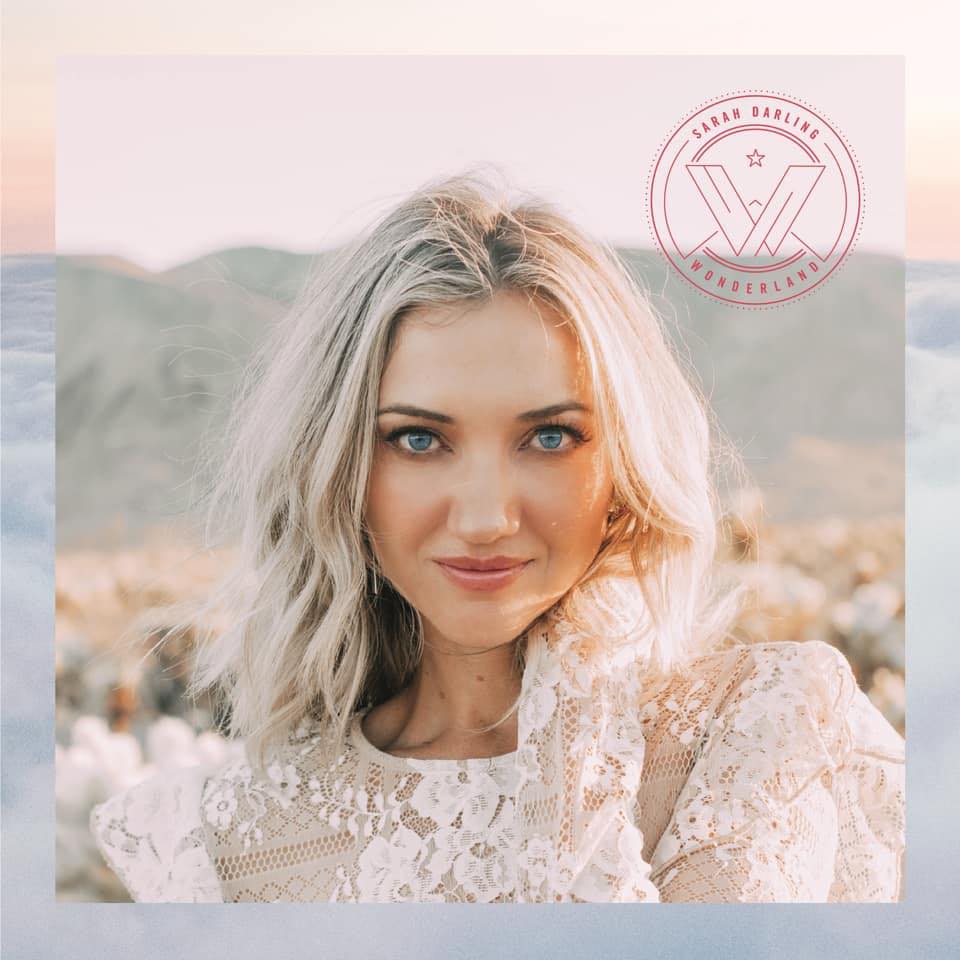 “It’s showing a completely different side of me!” was the first thing Sarah Darling said about her new album Wonderland.  She made a conscious decision to write and record an album in the UK as she “wanted to do something different and push the boundaries to make something that was still country but with a more contemporary feel to it.”  Sarah talked about how she has fallen in love with our little island and our people so making an album in the “wonderland” was really fitting as the place is “really part of my story” as she described it.

The album was recorded differently to a traditional Nashville perspective as Sarah talked about making it in around 4 weeks and working hard constantly on it every day.  She described how both her and her producers learnt a lot from each other as they had never worked on a country record before with how they were “caring of where I am from and wanted to make something that was still uniquely me.”  The album was recorded in 2 places: firstly she spent some time in Wales with Jim Eliot who has worked with the likes of Kylie Minogue, Will Young, Halsey and Ellie Goulding then the second part she recorded at RAK studios in London with My Riot.  Working with different producers is an example of the genre opening up to new influences as like Sarah emphasises “I think country is constantly evolving.”

The lead single from being released on streaming platforms was “Call Me” which her team decided on as the launch to this new sound because of the general feel of the new direction.  “It gives the feeling to fans that the new record would be different to Dream Country and gives a good look into this as it feels the most different sound wise.”

Her forthcoming album Wonderland is the follow up to her 2017 release “Dream Country” which due to be released on March 1st but due to the current issues with PledgeMusic this has unfortunately been pushed back and we don’t have a new release date at present.  As an independent artist the effect is obviously substantial but that is not hampering her plans to get her new music out to her fans.  Following on from her appearance at C2C this weekend she has an 8 date tour of the UK including a first show in Leeds along with the beautiful Bush Hall in London which she is particularly excited about where she will be playing with a full band and delivering all of the tracks off her forthcoming release along with plenty of the favourites from Dream Country.  This will then be followed by a series of shows in Switzerland, Austria and Germany in April. 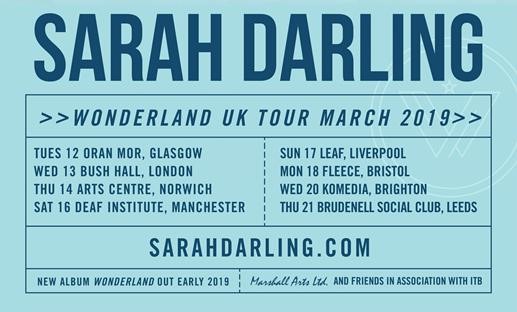 This weekend will be the fourth year running that Sarah will have played at Country 2 Country in London and we talked about the growth of the festival along with the rise of the genre on this side of the pond.  “The fans are so loyal so I made a commitment that I would always come back to the UK and not just London, but go everywhere!”  Sarah is one of the artists that has witnessed the growth of the genre and festival more than most artists in Nashville as due to becoming an adopted Brit that spends so much time over here (having a British husband helps with this) and described the changes she has seen at C2C as crazy to the extent of how it really is going in the direction of becoming like CMA Fest in Nashville with how it is fun to be part of that growth.

“Never in a million years would I have imagined a song like Where Cowboys Ride that people from England would connect to that sort of wide open spaces country that I had written.”  She described the opportunities to play C2C over here as a life changing experience to gain the fanbase over here and the joy from the love and reaction that she gained from the fans.  The UK as a market presents a different scenario to the US due to the accessibility of Country music over here due to limited scope for national radio airplay meaning fans really seek out the music that they like.  The flipside of this is where country music is played on BBC Radio 2 or Chris Country is that the music played is not as male dominant so as Sarah put it there are “less walls to break through as in the US it can be quite tough for females to actually be heard at the moment.”

Sarah was really big on making a record that let her be herself that “pushes yourself, pushes the boundaries and not settling for something that isn’t.”  This followed on from talking about the success of Kacey Musgraves at the Grammy’s with her album Golden Hour.  Kacey is a great example of an artist we really have seen grow on this side of the pond from initially opening up for Lady Antebellum right through to her biggest ever headline show at Wembley Arena (which was the last time I caught up with Sarah where she had the misfortune [some may call it a pleasure] of sitting next to me at the show.  “I am so happy to see her win and especially with an album that is so non-traditional.  It’s a reminder that being an artist is really important the same as being yourself and not doing something for the sake of being commercial but just being uniquely you.”

As much as the fans this side of the pond have adopted Sarah as an honorary Brit, she has equally fallen in love with so much of our country like how superior European pastries are compared to US equivalents and how the pub culture particularly the Sunday roast is “maybe one of the greatest things on the planet.”  As always it is lovely to hear people talk about the landscape of our country where she talked about staying in a beautiful bed and breakfast in Hay-on-Wye when she was making Wonderland.  We often take for granted what we have when we are so used to it and Sarah enjoyed “just walking around and exploring without having to be in the car all the time.”  On driving over here, we obviously drive on the other side of the road (not the WRONG side as many visitors like to call it) and Sarah is becoming more used to it even if she still feels having to be so alert and her hands feeling stiff after being behind the wheel.

For anyone that hasn’t had the benefit of being blown away by her beautiful voice I really can’t emphasise enough how much you will fall in love with hearing her sing and one of the most easy on the ears American accents you will come across.  You can catch up with Sarah on Facebook Twitter Instagram and her official site where you can find more ticket information for her forthcoming shows.