The current global situation is obviously having a significant impact on creative industries, particularly affecting musicians and live performers. Venues are closed and mass gatherings are prohibited to prevent the spread of a deadly virus which means releasing new music is not as straight forward because live shows and appearances along with media commitments are how people promote new releases. As a result of this many releases have been postponed, there has been an enhanced focus on writing material to unleash post lockdown and many people have held off sharing new material. That is not the case for 2 time BCMA Female vocalist of the year and one of the most highly regarded country artists in the United Kingdom Jade Helliwell.

The Yorkshire based chanteuse has today released her brand new track ‘The Moment’ which you can listen to it HERE is her 5th single since her 2018 sophomore extended play ‘Infatuation’ and again further enhances her position as one of the UK country scenes most powerful and dynamic voices with a real open interpretation of the world through her songwriting and performances.

I had a good old catch up with Jade earlier this week where in addition to talking about my new found fascination with avocado, her boyfriend’s culinary skills along with his excitement about his new grill and how platforms like Netflix, Disney+ and Zoom can’t believe their luck right now (we didn’t need to discuss Tiger King as we all know what we think about Carole Baskin, even if she is the world’s coolest cat or kitten) we chatted about what she is doing creatively through the lockdown and to find out more about her story of torment over the fear of having missed the chance to fall in love that is new single ‘The Moment’. 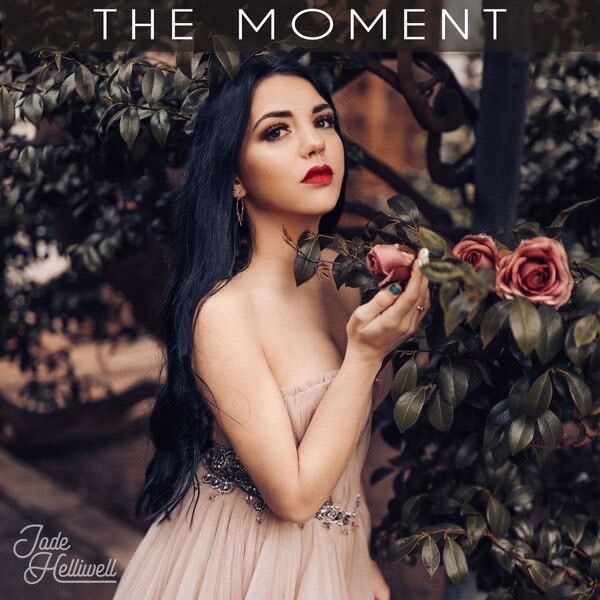 The song was not initially her planned release prior to the current situation as she had intended to head to the studio in April which couldn’t happen so with this track which was written around 18 months ago there was more potential to facilitate recording this song remotely so was recorded during the lockdown where a familiar collaborator Rob Gulston produced the track which reflects the crisp and clean cutting of the track after Jade had recorded the vocal and her co-writer had recorded the piano here in London.

Kaity Rae is almost like Hermoine Granger or Sabrina Spellman in the way she can just wave this magic wand to create things of beauty and blend this witchcraft to captivate her co-creators and the listeners in a way that is almost unrivalled in the UK. It is very rare to not hear artists over here to be overly proud of what they have created with her, Kaitlyn is becoming the go-to person for people wanting to write with and has a proven track record of being involved in a large number of the finest tracks to surface amongst the UK country scene in recent times. The song came about from Jade and Kaity’s first ever co-write and meeting where Jade was down in London for a week and looking to book writes where Kaity was someone that her friend Jess Thristan had worked with and she was aware of other artists being in awe of through social media so came about organically being hey, are you up for writing together and this was the result. Kaity Rae has this justified stigma of being this enigma that radiates positivity and bringing the best out of other people that brings results so what exactly is it that makes her so special to work with?

For me, I don’t think you find that many female producers especially in the UK country scene so that’s good because she can then knock up a pretty decent demo whilst you’re in the room which is really useful. I think because she works in a lot of different genres, she’s not just in country as she writes a lot of pop music and stuff so she brings different elements in when you are writing with her melody wise and different ideas. It’s really cool to write with her as she’s not just thinking of country, I’m quite pop country so to be able to tap into that was really good.

The song itself firstly showcases beautifully crafted lyrics and in particular the extent of Jade’s vocal range where it highlight’s a softer side whilst still allowing that powerful vibrato that she possesses to be unleashed. It is an exquisite piano ballad at heart where you hear the country influence in the strings at the base which she describes as:

This song is about missing the chance to fall for someone. We explore various scenarios in which you could’ve taken a chance but fear held you back. It’s a ballad that explores the beauty of hindsight and that rush of emotion when you first fall for someone. I can’t wait for people to hear it and hopefully be encouraged to take the leap in their own lives.

The key vibe you feel is the warmth and reflection that you would not be far wrong to expect from being in a Disney production, just the vibe, the melody and clever use of key change makes you feel like you would expect to hear this in a Disney Channel original movie or having Ariel sing this in a live action remake of The Little Mermaid. If you ever needed a Kaity Rae induced, Disney song performed beautifully with elegant and powerful vocals, now is definitely the time. What is special about working with Kaity is that you can hear a song and just by the quality and the elegance of the lyrics and melody know that she was involved yet her dynamic and creativity is so diverse that there is not a familiar or directly identifiable trait between her work and that is what I think is what makes her work so unique and this collaboration with Jade is something we would definitely like to hear more of with results like this!

Moving forward the plan is to keep trying to bring out new music consistently (which would have coincided with festival appearances which look unlikely to happen) rather than another extended release as it allows individual attention to songs individually where an album or EP would likely result in being the sole focus for the year which she feels is key in the current market where people are almost demanding constant new music given the growth of platforms like Spotify.

Given the current global uncertainty it is completely up in the air as to when live shows in venues will be able to happen again but through online platforms she is playing regularly where she has been taking requests or trying different songs and different genres each week, which she felt was good to keep her on her toes and a fun way to learn new songs or see what works and suits her. She is constantly writing and it is very evident that the artists over here that are staying active, performing regularly and are driven are the ones that are beginning to reap their well deserved reward. Given the extended focus on writing and the creative process currently, you do wonder do writers become overcritical of work or think too much about what they have created or is there a danger of things being lost in the more constant flow:

Not so much to overthink what to do with it, just when you are writing so much they might fall away. Not in that they are forgotten completely but having something new becomes the exciting thing. The latest one you have written is the exciting one so there is a risk of that but when you are thinking of putting stuff out in future, there is a list of things to choose from.

‘The Moment’ is out now and be sure to keep up to date with future releases from Jade Helliwell along with any upcoming live streams and shows in person when the climate changes (so I can have a beer and give her a hug again) on her socials but in the mean time, enjoy this track and listen to a beautiful voice delivering an almost magical song.

Kenny Chesney Gets to Living With Here and Now

New video out now for latest single “Part Of Me” from...