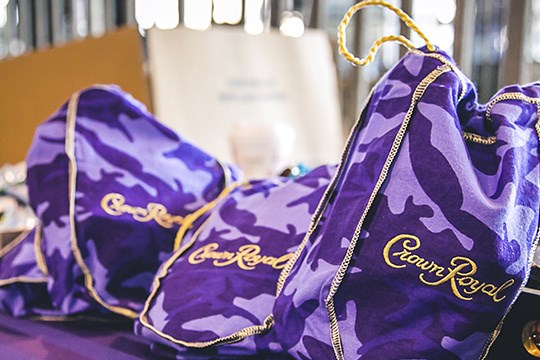 He’s one of country music’s hottest artists right now.  It seems he has the Midas touch.  Collaborations with country and pop stars alike, a recent hosting gig at the CMT Awards and now, he’s doing something extra special.  Kane Brown has partnered with Crown Royal’s Purple Bag Project, which sends care packages filled with essentials to American military personnel overseas.  The best part of this project is everyone can help get these packages sent over and it couldn’t be easier.  I had the chance to speak with Kane Brown today and find out all the details.  Listen in on our conversation to find out how you can help send a care package in one of those familiar purple Crown Royal bags to a military member yourself.  Then stick around, because we had some extra time to chat about a few other things as well.

PM:  Good,   Thanks for talking with me.  First off, great job hosting the CMT Awards.  You can do that every year if you want to.

PM:  So, let’s just jump right in and talk about this Crown Royal Purple Bag Project that you’re involved with.  Thanks so much for doing that, it’s very important that these guys and gals are remembered over there.  Tell me a little bit about it.  How did you get involved?

KB:  Well, I think my manager and Crown Royal started talking.  I’m huge on the military, and you know, these people are leaving their families for long periods of time.  I’ve seen some of them where they have kids, they grow up, and by the time they see ’em, they’re two or three, which is crazy in my mind, being a dad now.  So, I just kind of want to give back, especially in 2020, this is the right time to give back to anybody.

PM:  Yeah, definitely.  I understand you have a video up on Twitter of you packing the purple bag.

KB:  Yes ma’am.  So, for every “like”, every retweet, every comment, all of that gets added up and we pack a bag for any one of those.  We’re almost at a million, so we need as much help as we can get.  So, just go to my Twitter and like the video and a bag gets packed, it’s that easy.

PM:  That’s pretty simple, I think everybody should be doing that.

PM:  You also did a version of your song “Homesick”, which is a great song to start with, but you also did one with three veterans and that is an excellent video as well.  The “Homesick – Veterans Version” (feat. J.W. Cortés, Sal Gonzalez & Generald Wilson).

KB:  Thank you, yeah, especially three veterans that are insane, they’ve got talent.

KB:  It’s not something everyone gets to see, so it was cool to get to see that, and actually make the song at home.  I dedicated that to my wife, just being on the road, but she’s always with me now so, you know, I feel like the military kind of took that song over and went out to the families and the troops.

PM:  That’s really cool.  So, for every time that song gets streamed, then Crown Royal will pack another bag?

KB:  Yes ma’am and their goal is to hit a million by almost the end of the year, so we’re right there at the mark.  You can also visit http://pack.crownroyal.com and personally pack a bag.  There’s so many ways to get a bag there.

PM:  That’s so cool.  When they count streams is that on all the major digital platforms, any one of them?

KB:  Yes ma’am.  Any digital platform, just stream the song, you don’t even gotta listen to it, just stream it.

PM:  But you want to listen to it, because it’s good.

KB:  (Laughs)  Yeah, I’m not sayin’ don’t listen to it, I’m just sayin’ we’ve gotta help the troops some way, like, you know, just bring the song up and just let it stream.  Just anything, go like the Twitter post, whatever, we’re almost to a million.

PM:  And we don’t just want to meet it, we want to beat it, just keep going, right?

PM:  That’s excellent.  Is there anything else you want to add about that?  Anything we haven’t mentioned?

KB:  I can give you the imagery.  So, they don’t get to just pick what they want to eat over there, so you’ll get the bag and in it are some of my favorites like beef jerky, peanuts, peanut butter, M&Ms, granola bars.  You’ll get to write a personalized letter to the one person that’s gonna get your bag and also you can take like, a Polaroid picture and put it in there.  So, imagine you’re in the military and you just open this bag of goodies and you get to see the picture of the person that sent ’em to you and get your note and everything like that.  So, I just did it today, so obviously I’m excited.  I wish I could get a video of the person getting my bag. 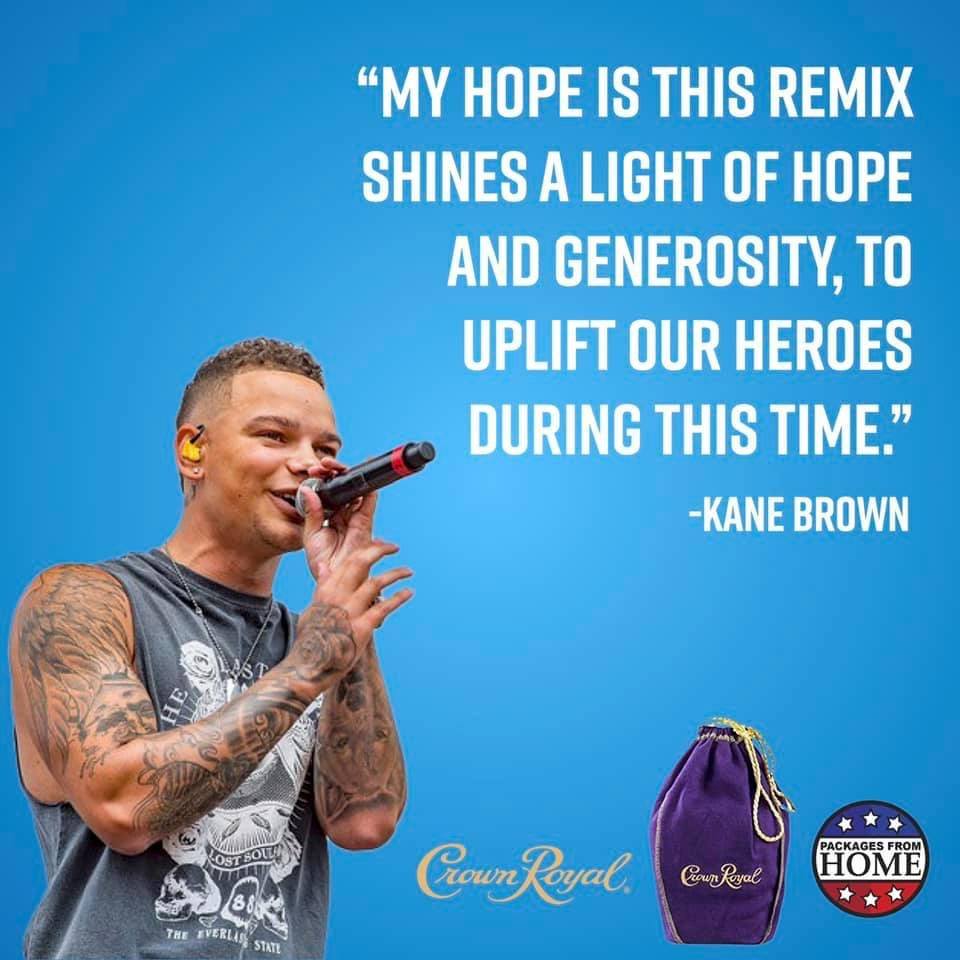 PM:  Oh, that’s so cool!  You know, my son-in-law’s an Afghanistan veteran and I’ve tasted some of those MREs he brought home and those were no fun.  That’s way cooler, you know?

PM:  I’d love to see a video of the person who opens your bag too, they’ll be flippin’ out.  How long does it take someone to get a bag?  Say you packed a bag today, how long will it take somebody to get one?  Do you know?

KB:  I think it just depends on when the bag is shipped.  I don’t have the actual answer on that, I’m sorry.

PM:  That’s okay, that’s fine.  They don’t get any Crown Royal in there do they?

KB:  That’s what they need to add, right?

PM:  Right!  Maybe one of those little ones, you know, travel size.

PM:  Handheld, right!  That’s awesome.  I’m so thankful you’re involved with this.  Well, we’ve covered that ground and we have a little extra time, your new song, “Worship You” is fantastic.

PM:  Tell me a little about that one.  Did you write that one for your wife?

KB:  Yeah, so I wrote it for Kate, but it was funny because I wrote it before we had Kingsley and then I shared it with my fans and it was good, I had good feedback.  Then when I put Kingsley in the video and my wife, me personally watching it, I felt a stronger connection, and then the fans just went crazy when it was the whole family.  So we made sure for the music video that we had to add baby Kingsley in there as well, and instead of it just being for my wife it’s a song for my family.

PM:  We still have a little time left.  You’re a little obsessed with Call of Duty, are you?

PM:  Are you an XBOX or a PlayStation guy?

KB:  I get mad every once in a while.

KB:  Oh, yeah, we’re just trying to tour in general.  It feels like two years now, but I got to come over there in the beginning of this year and it was awesome just to get out of the States and just to get to experience everything over there.  Funny you ask about London and Call of Duty because I got to play with the London Royal Ravens, I don’t know if you know who they are.

KB:  Oh, they’re a huge, professional Call of Duty team in London.  I got to play with some of them.  They’re really good.

PM:  I’ll have to look them up.  I should have my husband play them.  They’d kill him and that would be the end of his habit.

PM:  I love it and I hope to see you out on the road sometime soon.  Thank you.  Bye Kane. 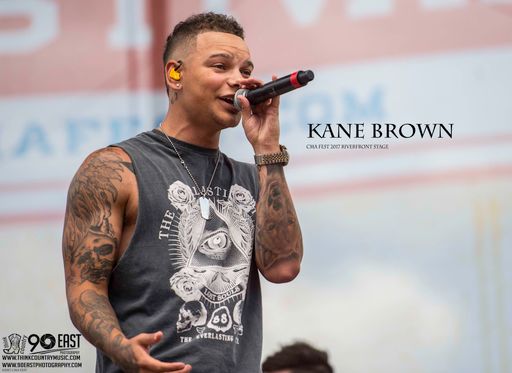 So, please everyone, go stream “Homesick – Veterans Version”, go on Kane Brown’s Twitter and like, retweet and comment on the video of him packing the Crown Royal purple bag.  Let’s help to not only make that million bag goal, but surpass it.  We know Think Country has lots of Kane Brown fans, and even more, we know we have super generous followers that support our military.  Let’s help make their lives a little bit better by sending them a care package.  It couldn’t be easier to do, and for all they do for us, it’s really a small gesture. 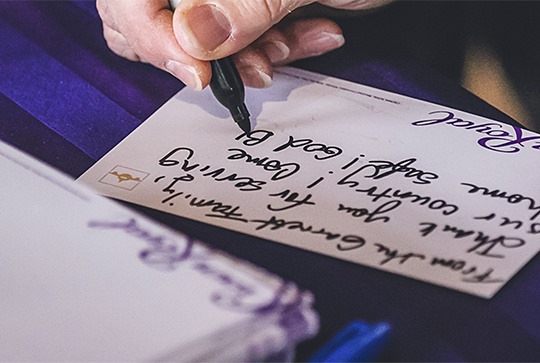