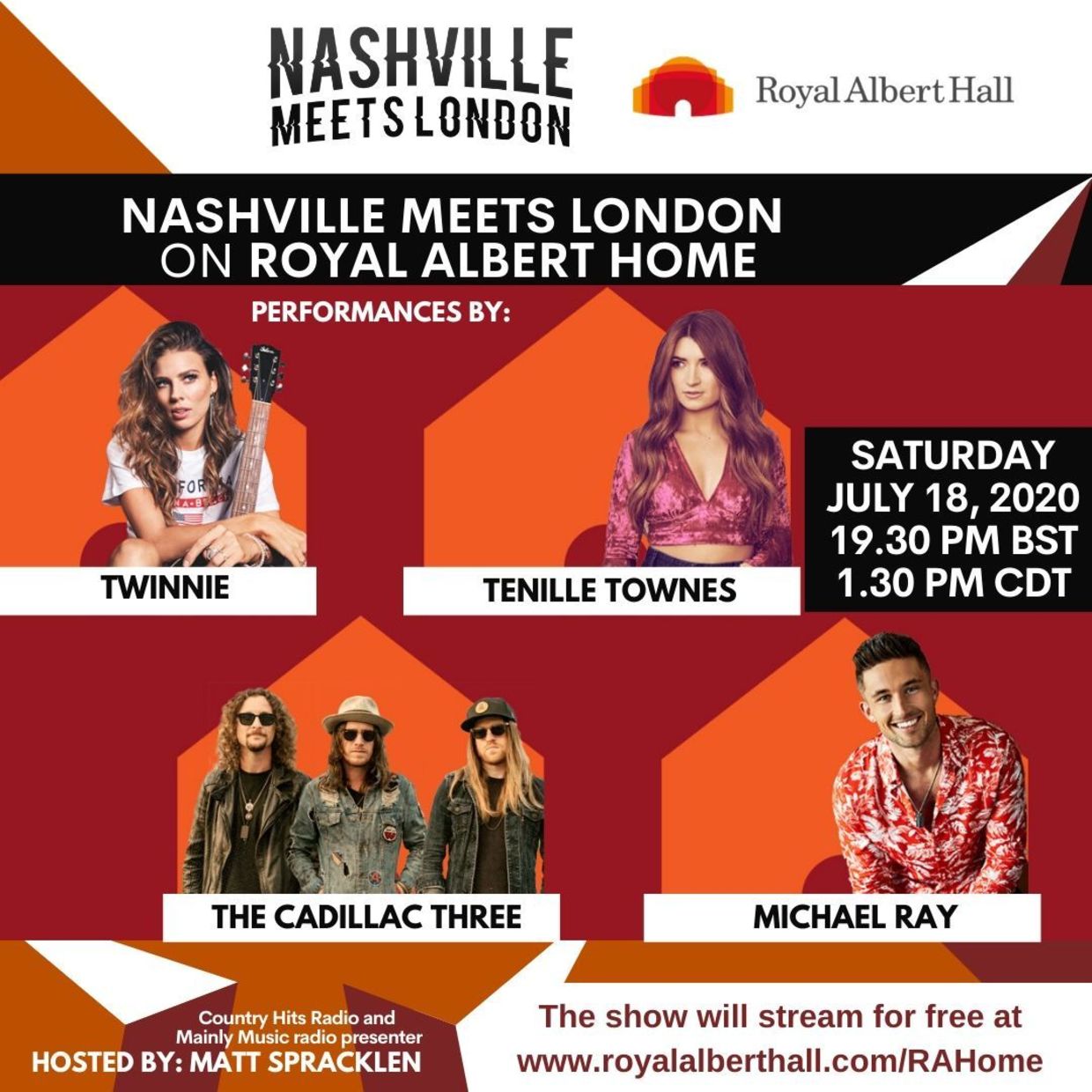 The show aims to raise funds for the Royal Albert Hall, which is closed for the first time since World War Two. Like all arts venues across the UK, the Hall is in financial crisis as a result of the pandemic. Since closing its doors on 17 March, its online concerts – featuring the likes of Rufus Wainwright, KT Tunstall, Richard Thompson and Ayanna Witter-Johnson – have been streamed more than a million times, inspiring donations totaling over £50,000. Lucy Noble, Artistic Director of the Royal Albert Hall, said:

This series has spotlighted an incredible collection of world class talents working in an extraordinary array of genres. Since we launched on 9 April, we’ve featured everything from Baxter Dury to Bach cello suites, from spoken word to homegrown soul. Now we’re absolutely delighted to announce the first country music concert as part of Royal Albert Home, showcasing four fantastic acts who’ll bring a little bit of Nashville into your living room. The line-up illustrates just how exciting and eclectic the world of country is right now, and we can’t wait to share this show with you.

The Hall, which marks its 150th anniversary next year, has played host to innumerable legendary acts. Recent country shows on its famous stage include headline sets from Darius Rucker, Kacey Musgraves and Charles Esten. For more information on Royal Albert Home gigs, or to watch any previous show on-demand, go to www.royalalberthall.com/RAHome.

WORLD EXCLUSIVE – Premiere of the new lyric video for James...