Wipe away those festival cancellation blues and settle down for an epic afternoon of live music courtesy of virtual festival Stagecouch.

While artists are currently unable to tour, Stagecouch is offering a virtual festival that provides community, support, and entertainment for the three dozen artists and songwriters performing and their fans, old and new.

Artists confirmed to perform so far include: 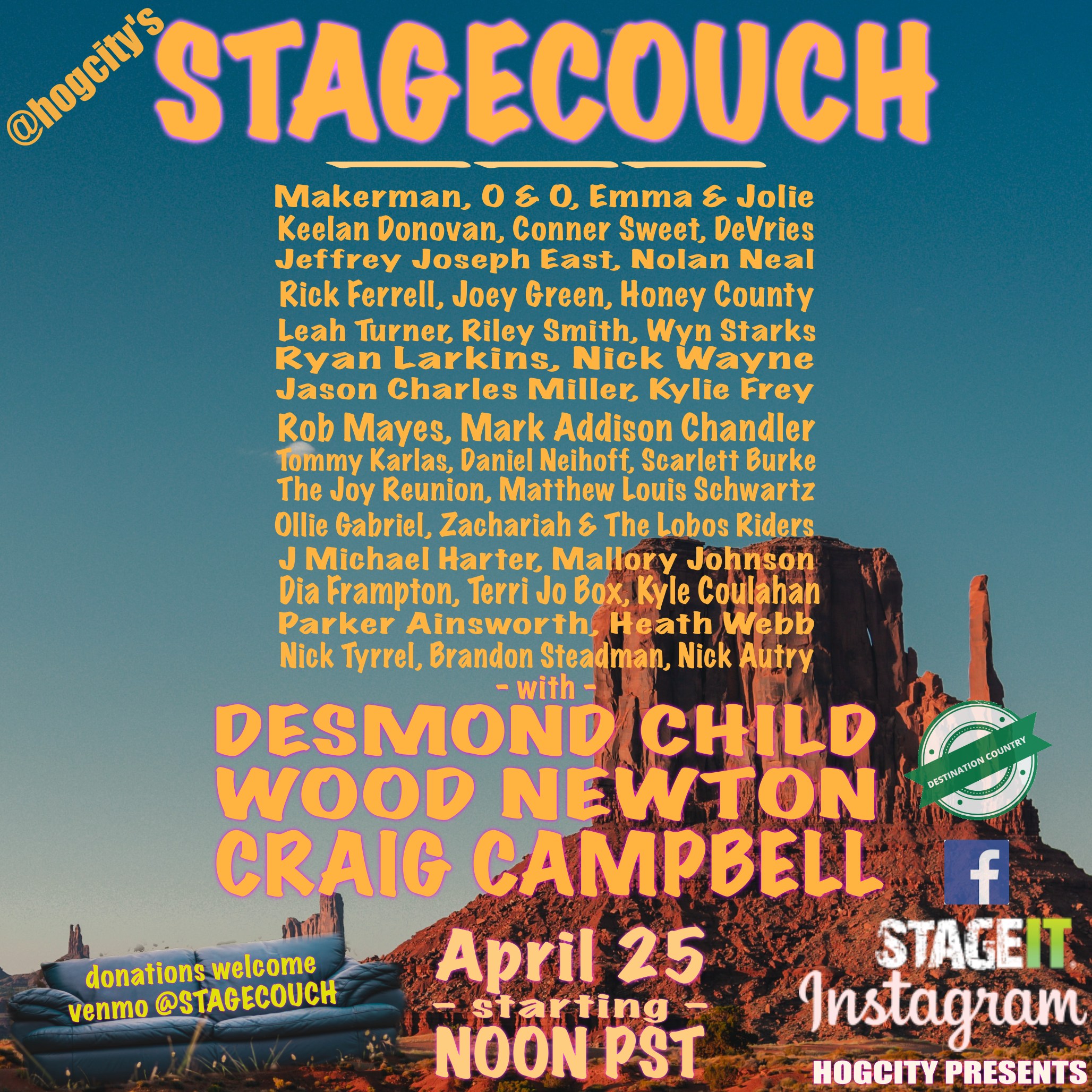 The festival will also feature legendary songwriter and producer Desmond Child – the man responsible for iconic hits such as Bon Jovi’s ‘Livin’ on a Prayer’ and ‘You Give Love a Bad Name’ – revered singer/songwriter Wood Newton, who has written for the likes of Charley Pride, The Oak Ridge Boys and Kenny Rogers, and Country superstar Craig Campbell whose hits include ‘Family Man’ and ‘Keep Them Kisses Comin’  *

Fans from all over the world can attend the festival. Access to the streams on Facebook and Instagram are free and StageIt is “pay what you can” so that no one is blocked from watching if they want to. Any tips raised during the festival will be divided equally between the artists performing.

Festival organiser Rob Mayes, who is a singer-songwriter and actor based in L.A. comments:

We are looking to have three stages across social media platforms and StageIt.  We plan to have a Facebook Live stage, an Instagram Live stage, and a StageIt.com stage.  The virtual fest kicks off at noon PST on Saturday April 25 and every 20 minutes a new artist performs. Sets are kept short and frequent and as free as possible, since we want each performer to be accessible to anyone who wants to tune in, which is why we’ve set the price point at the lowest possible price that StageIt allows, and have opted for a “pay what you can” structure, since this is ABSOLUTELY NOT about turning a profit.  It’s about sharing what we love to do with the fans that we love.  It’s about coming together and supporting one another during this unprecedented crisis, which for many of us has become a lonely and uncertain time.

SCOTTY McCREERY POSTPONES UK AND IRELAND CONCERT TOUR FROM MAY TO...