Smoky-voiced chanteuse and ever-rising star Elles Bailey announces her latest single, ‘Woman Like Me’, which was released on Friday 3rd April and you can listen to it HERE.

Despite all the disruptions and obstacles that the coronavirus and lockdowns have brought, far and wide, the ever-hardworking Elles had remained determined to release ‘Woman Like Me’, on time.

Woman Like Me was written with my long-term touring guitarist Joe Wilkins and my good friend Tamara Stewart,” Elles explains, “The song is about being a confident, independent woman, and about being comfortable in your own skin. Yes — there is a man in the story — but this song is most certainly about the woman! I aspire to be this woman: to break away from the torments of my own mind and society’s idea of how a woman ‘should be’. 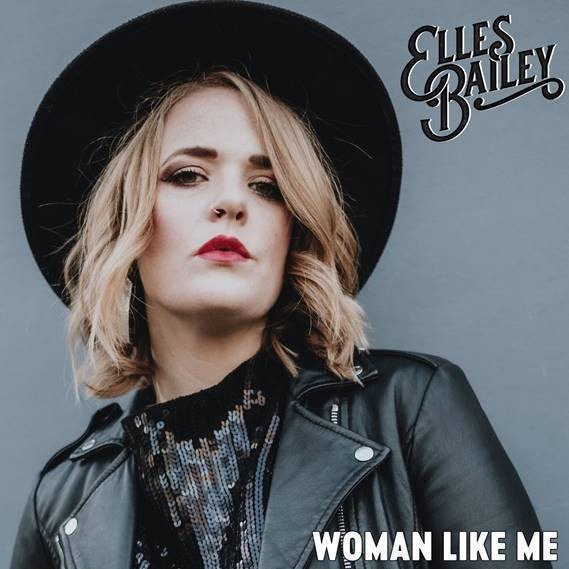 It was recorded with my touring band as part of the ‘Blacktop Companion’ sessions, when we had 20 mins to spare at the end of the session. Everything was done live and the only thing we added was to bring in Tania Hancheroff on background vocals to add some extra sparkle.

The talent-rich line-up for ‘Woman Like Me’, includes Elles herself; Joe Wilkins on guitar; Jonny Henderson on organ; Matthew Waer on bass; Matthew Jones on drums; plus, Tania Hancheroff on background vocals.

Like many live-touring artists, Elles has had to postpone her Spring Tour to Autumn. In the meantime, Elles hasn’t been idle during lockdown.

I’m not going to lie,” Elles grimaces, “the first few days were pretty tough, especially as on my birthday I had to officially announce the postponement of my tour. However, I’m not one to sit on my laurels so have been doing live streams with a donation link. All the money raised is going to my band and tour family, who have lost all their work with my UK & European tour being postponed.

To further support her band and tour family, Elles has also made her music available to download from her website. During this time, all the money raised from sales will go towards her touring band and on-the-road team. For the same reason, she’s also added a ‘donation’ link to all her online streams. On a brighter note she shared:

I also played a show in the street for my neighbours. I set up in the front garden, in the sunshine and everyone hung out of their windows or sat on their walls. It was wonderful to spread a little bit of love at this time. The silver lining in all of this is the community spirit that has come about, and after 7 years of living at my house, it was nice to finally meet all my neighbours!

Elles also got actively involved in the very first ‘Lockdown Music Festival’, alongside a myriad of international artists streaming 15-minute performances from their living rooms!

For a few hours, we forgot why we were all in lockdown,” reflected Elles after the gig, “As well as playing my own 15-min set, I watched every artist from around the world, chatted with folks tuning in, drank my BYO red wine and danced around the house like a loony! 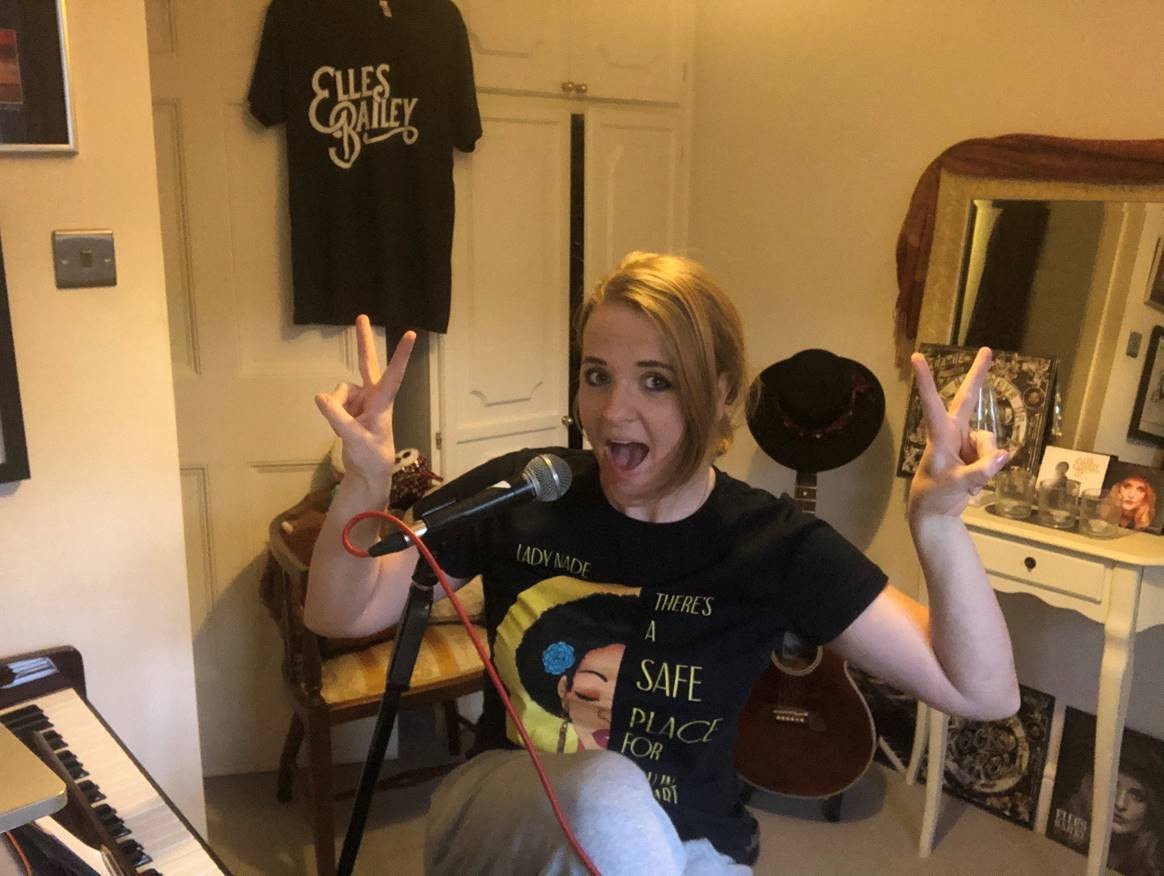 “Somehow or other,” she adds, “I have managed to get myself involved with the organisational side of Lockdown Music Festival.” No surprise there, for the woman who calls The Road Her Home and has been such an active live performer and champion of live music in all its forms. “I love bringing new artists to new audiences and always hand-pick my own opening acts,” Elles reflects, “The best thing about being on the Lockdown team is being able to help curate the line-up, so over the next two episodes I’ve programmed the support artists who were meant to tour with me: Artists like Demi Marriner, Dom Martin, Phil King and True Strays. The next (and last) episode will be on Saturday 4th April. It starts at 2pm UK time and runs until 11pm.”

In addition to Lockdown Elles also hosted a Q&A Session on her Facebook page with Mark Ede (best-known as personal manager for Jo Harman). Elles described the seminar – ‘An Insider Guide to the DIY Music Industry’ — as “just our way of giving back to the community, sharing some tips we’ve learnt over the years about how to navigate this ever-changing industry.”

In other news, her hit song ‘Medicine Man’ – the lead single from her sophomore album ‘Road I Call Home’ – was picked for inclusion on the ‘Earache Records New Wave of Rock and Roll Compilation’ vinyl LP that reached No. 10 in the vinyl charts. Classic Rock Magazine called Elles’ track (written with her buddy Will Edmunds) one of the highlights of the album.

Elles’ acoustic version of ‘Medicine Man’ also got featured on The Blues Show with Cerys Matthews on BBC Radio 2 on 30th March.

What’s more – putting a further feather in her favourite hat – Elles’ ‘Little Piece of Heaven’ (which she co-wrote with the great Bobby Wood and Dan Auerbach, of Akron, Ohio powerhouses The Black Keys) won UK Song of the Year at the prestigious UK Americana Awards 2020, run by the Americana Music Association.

Meanwhile, Elles’ monthly listening numbers on Spotify keep rising and have now grown to 132,000 monthly listeners! ‘Road I Call Home’ debuted at No.1 in Amazon Blues Bestsellers, No.13 in the Official Country Charts & No. 24 in the Official Americana charts. What’s more, the album has received Spotify-curated playlist support on the Country Rocks and Nu Blue & Blue Ballads playlists. It’s also earned airplay and support from Bob Harris & Cerys Matthews on BBC Radio 2 and received national plays in Holland and Germany.

On Spotify, there have been over 2.16 million streams of ‘Road I Call Home’ since release (on 8th March, 2019) whilst ‘Blacktop Companion’(the special 10-track companion disc, which accompanies ‘Road I Call Home’) has clocked up 500,000 spins since September last year! This builds on the success of Elles’ debut album ‘Wildfire’, which has now reached over 2.4 million streams on Spotify. The latest single Woman Like Me has just been added to the Nu Blue Playlist and Women of the Blues Playlist. 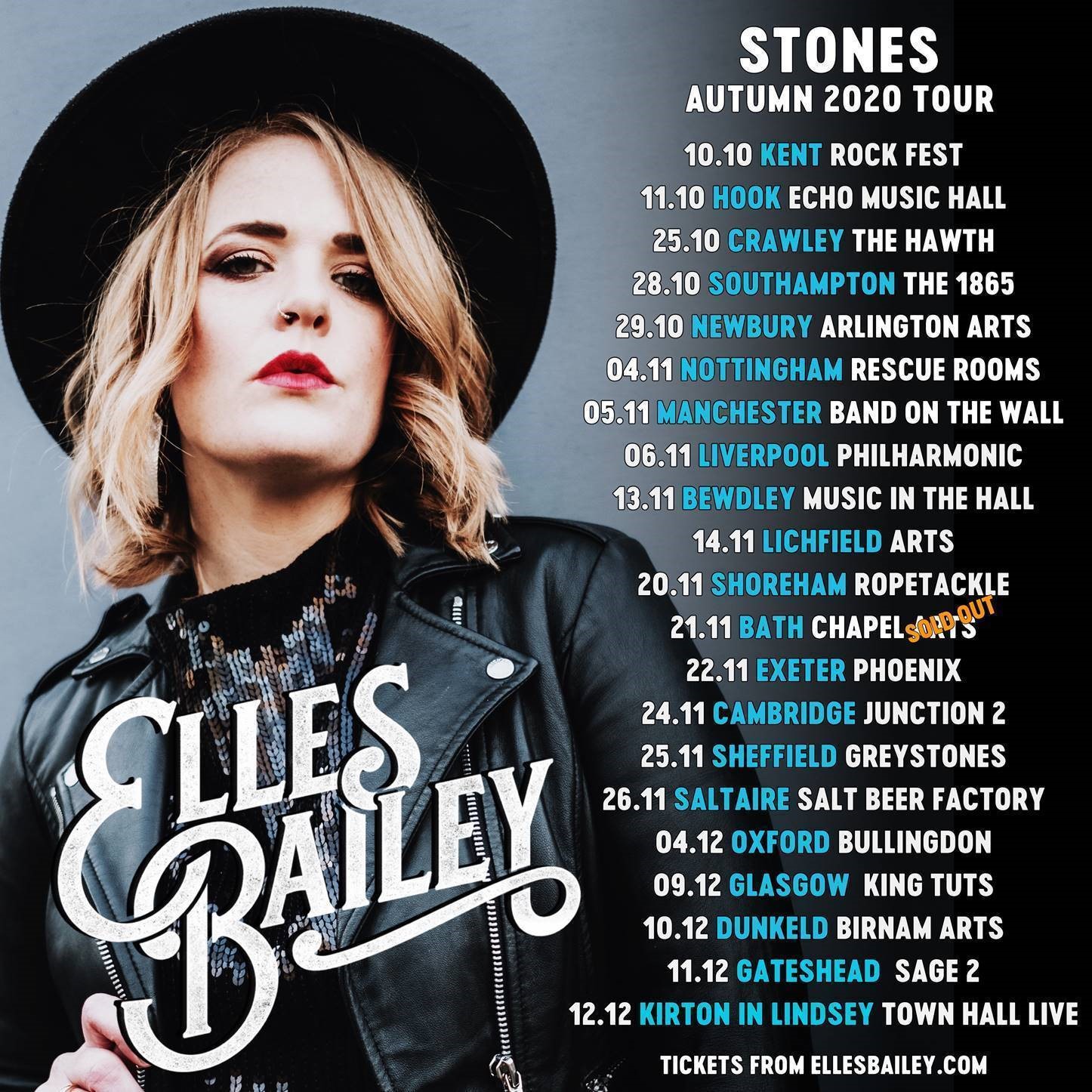 Nov 5: Manchester, Band On The Wall

Nov 13: Bewdley,Music In The Hall