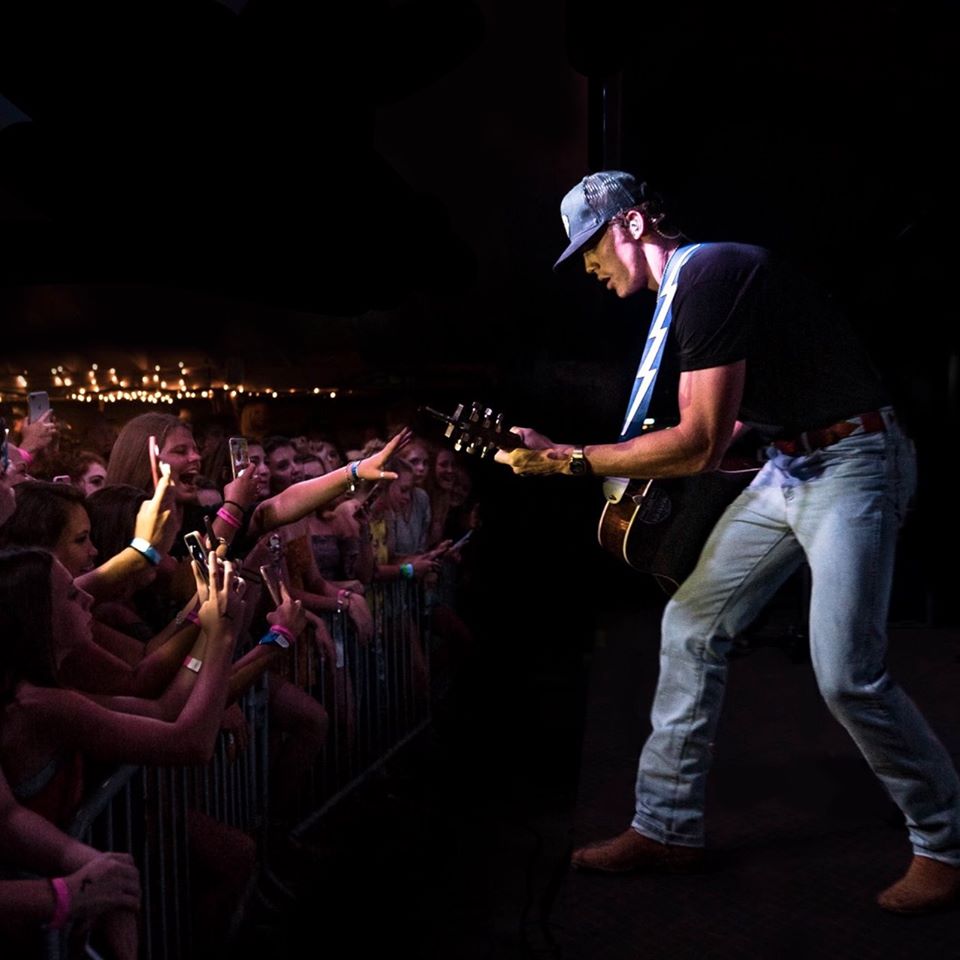 While country superstars over the years have come from all over the globe, it’s almost too easy to start naming off Texas natives who’ve made it big in the genre.  Right off the top of my head there’s Kenny Rogers, George Strait, Waylon Jennings and Miranda Lambert.  I could be here all day.  Why do you think that is?  Are Texans just more talented?  I’m sure they’d tell you that’s the case, but I would venture there’s a lot more to it than that.  People have a strong work ethic in that part of the country and that’s something that’s been passed down for generations.  If you want something, you’d better push yourself or you just won’t get it, it’s that simple.

One of those self-motivated individuals that hails from the Lonestar State is Parker McCollum.  A name that’s relatively new to many country music fans, but not all that unfamiliar to scores of Texans.  At just 28-years old, McCollum has already staked his claim on the genre, even crossing over into the Americana world, not that that’s a huge jump, as the line between country and Americana often blurs easily, but nonetheless, here’s a guy that finds himself on playlists labeled one way or the other and nobody questions it.

Raised in Conroe, Texas, just outside of Houston, and currently based in Austin, Parker McCollum did his time being a true Texas boy.  He spent summers working his grandfather’s cattle ranch.  As he got older he discovered songwriting, influenced by artists like John Mayer, Townes Van Zandt and Ryan Adams.  He was also well-schooled in classic country thanks to his grandmother’s love of singers like Porter Wagoner and George Strait.  By the time he was 14, McCollum knew if he wanted to be a country music artist, he needed to work harder than everyone else and respect those that came up before him.  He learned from them, and later not only applied those skills, but developed his own, separating him from countless others doing the same thing he was.  His strategy paid off.  He began playing in bands, selling out venues across Texas, and eventually landed a record deal in Nashville in 2019.

Although McCollum has put out other records in the past, Hollywood Gold is his debut EP since signing with MCA Nashville.  It’s six-songs, five of which McCollum co-wrote. It was produced by Jon Randall Stewart.  For a road warrior accustomed to playing an average of 140 shows a year for a half a decade, it would be interesting to see whether he could slow his mind down enough to write songs worthy of a major label EP.  I was intrigued.

With only six songs on the EP, it’s not difficult to listen to it a few times before putting thoughts to paper.  It’s even easier when one of those songs isn’t cooperating, as was the case with track 5, “Hold Me Back” (Parker McCollum, Tony Lane).  Unfortunately, my copy was losing sound at the 34 second mark, so I can’t comment except to say it has a sweet intro, reminiscent of an old western film, albeit toned down, and perhaps not necessarily meant to be in that vein.  I suppose when I hear the song in its entirety on release day, I’ll know.

With that bit of unhappy news out of my way, I can move on.  For anyone like myself that not only appreciates, but actually listens for exceptional guitar work in songs, I think you’ll be pleased with this EP.  If nothing else, notice how much emphasis is placed on these guitars.  I did a bit of backing up just to listen to the solos over and over again.

“Young Man’s Blues” (Parker McCollum, Randy Montana) is currently out as a single.  The title is slightly misleading.  One would believe it to be a blues-style number, but it isn’t.  It’s actually more of a midtempo, classic storytelling country song about the pain of revisiting the past, but here’s the key difference, it has a hard-driving hook.  I call that smart, because it’s traditional in every sense, but that hook puts the modern spin on it so it caters to just about everybody.  This is the EP’s opening track and it sets up the whole show with one vital piece of information – Parker McCollum can sing country music because you can understand his lyrics perfectly.  Too many singers mumble and the story gets lost.  Not so here.  This guy sings clear as a bell.  I’ll say it again.  You can understand his lyrics perfectly.

We all know Chris Stapleton.  He’s a big star.  He was a successful songwriter even before he became a household name and “Like a Cowboy” is just another one of the brilliant things he’s written, along with co-writer Al Anderson.  This time Parker McCollum grabbed it and recorded it.  The song takes us through the life of a little boy,  to a teenager and finally the man he becomes.  It tells us how every phase of that life can be compared to that of a cowboy’s life, some of it good, some of it, maybe not so much.  You always get the feeling that he wishes he could suppress the bad side a little more, but a leopard can’t change its spots and even bad guys aren’t always all bad.  This is worth listening to a few times and trying to digest it your own way.  I heard it one way the first time, and the more it played on a loop, the softer side started to seep out.  Exceptional songwriting is what this is.  Parker McCollum gave it a proper home.

It was the first single from the EP, and without any doubt, it’s my personal favorite.  “Pretty Heart” (Parker McCollum, Randy Montana) is what I like to call a “heart crusher”.  This time it’s the guy who is getting his heart crushed into pieces, but likely not before his girl had her own heart broken, probably more than once, all because of his misdeeds.  Well, now she’s finally had enough and he’s left to be honest with himself about why she’s gone.  He’s a mess and he’s remorseful, but it’s just too late.  This song took streaming platforms, such as Spotify, by storm, and the numbers are sure to climb even higher once the EP drops.  Not only is the storytelling raw and real here, it’s delivery is believable and the music is instantly likeable.   It makes you wonder how many guys have actually felt the way this guy does.  They act a pretty good game, but truly, do they end up here?  Absolutely the right choice for the first single.

“What does that say about me

That I could break an angel’s wings

What does that say about me

As you drove off in your car

What does that say about me

While it’s really a breezy, little love song, “Hallie Ray Light” (Parker McCollum”) confounds, yet entertains the listener with its wild guitar licks mixed in where one would least expect to find them.  A bit of fun right smack dab in the middle of the record.

A character struggling with the notion that he may not be a worthy partner.  That’s the subject of the closing track, “Love You Like That” (Parker McCollum, Billy Montana, Jon Randall Stewart).  Sonically, there’s a softness to this one that’s immensely blissful.  If there were no lyrics at all, it would be pleasant to listen to, but the story and the vocals are so good, it would be a crime to take them out.  McCollum, once again, puts forth his best as he makes us believe every word he sings.  He wants to live up to the high expectations he has set for himself, but he isn’t sure if he’s able.

The buzz around Nashville says Parker McCollum is country music’s next superstar.  I guess that remains to be seen.  It seems until touring gets back to normal levels and fans are given real access to the artists they’re supporting, nobody can really declare anyone a new superstar yet.  I do, however, agree that Hollywood Gold is an impressive first shot out of the gate.  I think it was wise to release an EP rather than a full album to start.  Give the people a short list of undeniable tracks and now they’re left wanting more.  I know I do.  I think we’re looking at the future of country music, or Americana, or whatever Parker McCollum wants to do.  He’s proven he can do what he sets his mind to.  For his sophomore project, give us a full album, and if that’s a hit, I think Texas can add another winner to its already-overflowing trophy case.

Parker McCollum can be found: