CORY MARKS – WHO I AM

Mixing the twang of country music with the hard-hitting stomp of rock & roll, Canada’s Cory Marks makes his debut with Who I Am.  Full of autobiographical storytelling, guitar-driven anthems, drinking songs, and breakup ballads, Who I Am is rooted in the influence of his hometown in Ontario.  Whenever he wasn’t drumming along to songs by Deep Purple, Ozzy Osbourne, and Rush, he was listening to his parents’ country records, developing a deep appreciation for outlaws like Waylon Jennings and Merle Haggard.

Those two genres — classic country and amped-up rock — would eventually join forces in Marks’ own music, earning him a string of gigs with country heavyweights like Toby Keith and Brantley Gilbert, and a cracking single collaboration with Outlaws and Outsiders with Ivan Moody (5FDP), Travis Tritt and Mick Mars (Motley Crue).

Cory was due out on tour round the USA over the summer with rock heavyweights Breaking Benjamin, Bush and Theory of a Deadman which also gives a few clues as to the pedigree of this rock / country crossover phenomenon.

The opening track on the record is Drive, a top-down, feelgood, summer-cruising, country rocker, featuring some bustling Delta-blues guitar work and a driving drum-beat

An about-face to the folksy ballad My Whiskey Your Wine sees Cory deliver a totally different vocal performance above the acoustic and slide guitars which conjures up a vision of a dark smoky bar-room, with Willie Nelson on the stereo.

The next three tracks are my favourites, and have been playing them on regular rotation for the past few weeks – Devil’s Grin has more of a Black Stone Cherry southern rock vibe, crossed with a Jason Aldean or Brantley Gilbert rocker, and has the catchiest pre-chorus and some gang vocals, with a heap of distortion providing a real edge. The feel continues with the rabble-rousing Blame It On The Double, co -written with producer Kevin Churko, which is another great example of the modern hard-rock country genre, and really has an anthemic feel to it.  The swampy electric blues guitar is only vaguely country element to the track that introduced me to Cory – Outlaws and Outsiders is stomping rocker featuring both Ivan Moody from Five Finger Death Punch and country legend Travis Tritt sharing the vocals, and Mick Mars dropping in to roll off a tasty little solo.

There is a slide back to a more country rock feel, but with as much of The Cadillac Three as Luke Combs in the mix with Good To Be Us and really shows off Cory’s powerful but mellow voice.  The title track Who I Am sits in that same genre too, and features some blistering guitar work on at least two different guitars – and both of these tracks come in under 3 minutes which is very much a TC3 trademark. 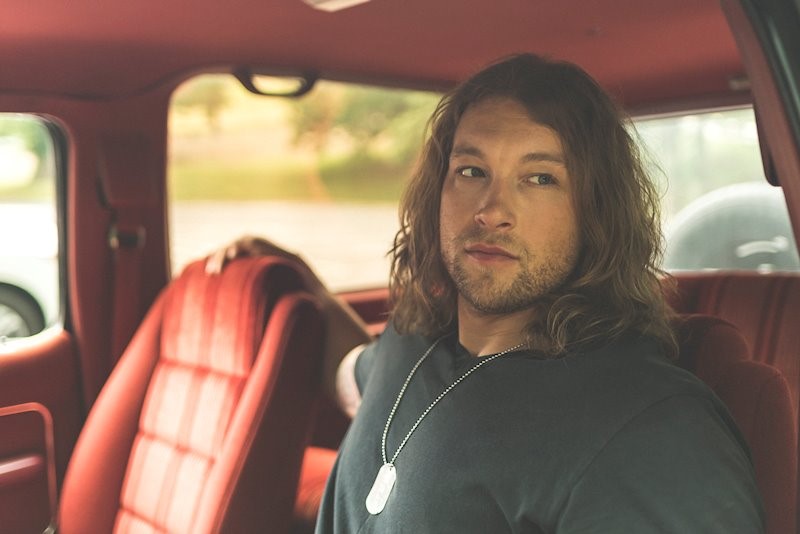 Some standard blue-collar country rock lyrics feature on the hell-raising Keep Doing What I Do, and the harmony vocals are a standout – “Call the Girls, Call the Boys, and make a whole lotta that small-town noise, I Drink I smoke, ain’t scared to fight, Living each day like Friday night!”.  The band also shines on this one, with some sensational accents and guitar breaks that ramp up for the final chorus, and a cracker of a finish.

Another change of pace brings us to the shuffling opening to Another Night In Jail, which powers up into an anthemic stadium-rock chorus with a massive underlying guitar riff that really drives this, and Cory’s voice is on another level.  Another of the tracks from Cory’s first EP is a hugely radio-friendly country rock smash in Better Off, and features some sizzling slide guitar all the way through the track, and the warmth of piano and keys to broaden the overall sound.

I think it is the Mandolin which provides the distinctive sound to the opening of She’s Hollywood which is the tale of a redneck boy and cool socialite girl from LA which features an absolutely blistering guitar solo from one of the guys, and this again really rocks up in the style of Aldean and Gilbert!  Another collaboration, although not really broadcast, is Out In The Rain, a glorious ballad which features Lzzy Hale from Halestorm.  The album closes with a stripped back extra track as a wholly acoustic version of My Whiskey Your Wine which is actually a really appropriate way to finish the record – authentic, heartfelt and delivered with real grit and emotion.

The recording features a lot of producer Kevin Churko (Acoustic Guitar; Mandolin; Bass; Keys and Drums), and his son Kane (Electric & Acoustic Guitars and Keys), who also co-wrote a number of the tracks with Cory.  In addition, Guitarists Jay Buettner, Bob Funk, Scotty Alexander and Marc Muller all contributed with a range of stringed instruments; and Cory himself was the other drummer on the record.

This is a debut album to be proud of, featuring songs almost all written by Cory (which is not the norm for many country rock artists), and  showcasing a range that starts at Haggard and Nelson, and runs through Bryan Adams, Jason Aldean and TC3 all the way to Black Stone Cherry, with Cory’s fine voice stamping his own sound on all of those influences.

There is still a hope that Cory will be the international guest star appearing at the VDMFest Rock Edge festival in Biloela, QLD on Oct 3rd/4th along with Shannon Noll, Casey Barnes and the Viper Creek band.  At date of writing this is still going ahead!