The Father of Nashville Rock, Buzz Cason, recently released his new album Buzz Cason and Sons: 2020. The 11-song collaboration features the legend’s two musical sons, Taylor and Parker Cason. A mix of new works and familiar tunes, the project brings the listener into the lives of the Cason’s upbringing and lifestyle, and examines the changing community they call home. Listeners will enjoy the nostalgic anthems and reinterpretations of one of Cason’s biggest hits, recorded by The Beatles and Pearl Jam, “Soldier Of Love.” Fans can stream and download the album here. All songs were written and produced by Buzz Cason. 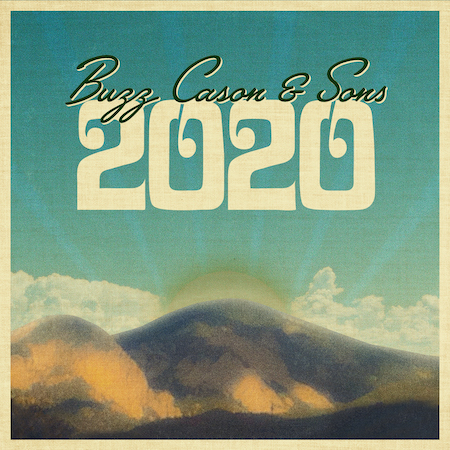 “The making of this record was indeed a joy to do! A spiritual journey at times, laced with the fun that was shared with me and my sons, Taylor and Parker along with all the musicians made it a great experience. A special thanks goes out to Anthony Crawford, who performed and engineered so exceptionally well. I pray the listener will catch the spirit of our music and respond positively,” said Cason.

Cason has been an influential member of the music community for many years, worldwide. He is a multi-hit songwriter and a renowned music producer as well as the founder of the legendary Creative Workshop, the first studio in Berry Hill. His resume includes various work with Elvis, The Beatles, Kris Kristofferson, Jimmy Buffett, Alvin & The Chipmunks and many, many more.

Buzz Cason and Sons Track Listing:1. Montana2. Why 3. Down4. Reaching Out5. Teardown Anthology6. Hardscuffle7. What Can I Do8. Let Me Be9. Here In California10. Soldier of Love (written with Tony Moon)11. Touch Me

About Buzz CasonConsidered the Father of Nashville Rock, Buzz Cason’s six decade career has been all encompassing. A singer, songwriter, and producer, Cason began as a background singer for artists such as Elvis, Kenny Rogers, Kris Kristofferson, Ronnie Hawkins, Roy Orbison, Mickey Newbury, Levon Helm, John Denver and even gave a voice to Alvin on several Chipmunks records. A renowned songwriter, he has penned hits including “Everlasting Love” (co-written by Mac Gayden) which was recorded by Carl Carlton, Gloria Estefan, U2 and many others. And his song “Soldier of Love” (co-written by Tony Moon), was recorded by The Beatles, Arthur Alexander and Pearl Jam. Other cuts include a Country No. 1 hit for Martina McBride (“Love’s the Only House”), Tommy Overstreet (“Ann, Don’t Go Runnin’”) and songs for Brenda Lee, Dolly Parton, Placido Domingo, Mel Tillis, T.G. Shephard, the McCarters, Oak Ridge Boys, Jerry Lee Lewis and many others.  As the owner of the legendary Creative Workshop, Cason produced Clifford Curry’s beach music classic “She Shot A Hole In My Soul” and Van & Titus’ R&B classic “Cry Baby Cry” that was recently covered by Christine Ohlman and Dion and albums by The Derailers and Sugarcane Jane. He also helped start Jimmy Buffett’s career with the albums Down to Earth and High Cumberland Jubilee for which he also co-wrote several songs. In 2006, Buzz released his autobiography Living The Rock & Roll Dream and in 2014, he was honored by the Country Music Hall of Fame as part of their Poets & Prophets series. Buzz is also a member of the Rockabilly Hall of Fame. For more information on Buzz, check out his website at www.buzzcason.com.