“Now I’m living in a tailspin” 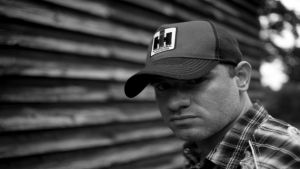 By Claire Weston
‘Tailspin’ is the debut single from new country artist Marshall, and less than 5 seconds in, the guitar intro has already grabbed my attention. No stranger to the country music scene, Marshall has previously enjoyed time on tour with artists such as Colt Ford and Justin Moore, as a backing musician.

By the time the chorus kicks in, I’m already convinced this song is the perfect choice to introduce me to Marshall. The melody keeps me hooked all the way through the song. The vocals are smooth and soulful, contrasting the country rock guitar. Two-time Grammy nominee Travis Wyrick produced the whole EP, which features six songs described as “classic country songwriting, heartfelt hooks and energetic rock dynamics”. If this first song is anything to go by, it’s going to be worth a listen.

Marshall’s back story is one filled with music. He hails from three generations of accomplished musicians and spent time being driven around in his Uncle’s truck listening the likes of George Strait and John Michael Montgomery. Splitting his childhood between West Virginia and North Carolina, at age 16 he discovered his father’s bass guitar in a closet and learned to play. Marshall then moved to Nashville following the break-up of a long-term romance and is now embarking on a career as a solo artist.

‘Tailspin’ is a fantastic debut single and I’m looking forward to hearing the whole EP, Sinners & Saints, due to be released on June 8th.