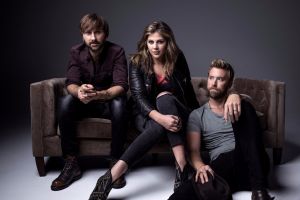 Lady Antebellum have today announced a run of three UK shows for October 2017 including a date at London’s O2 Arena. The multi-platinum trio have recently released “You Look Good” which serves as the first single for their upcoming sixth studio album “Heart Break”.

Their first three albums are certified platinum or higher by the RIAA (Recording Industry Association of America). The albums have produced sixteen singles of which nine have reached number one. Their longest-lasting number one single is “Need You Now”, which spent five weeks at that position in 2009.

Tickets are on-sale from 9am on Friday 10th March priced at £55/£42 for London and £50/£35 Regionally (subject to per-ticket charge plus order processing fee) and are available from www.livenation.co.uk