Every once in a while, someone walks into your world and you just have a feeling about them.  Maybe it’s a male artist and he has that “swagger”.  Maybe it’s a female artist and she has “poise”.  Then, there’s that special someone that has something entirely different.  Enter Jordan Rainer.  I would venture a guess that Ms. Rainer tops off at about five feet tall max.  She has a thick mop of curls that makes you think of country superstar Cam, only Rainer’s aren’t bright blonde, they’re a lovely shade of warm brown.  She’s got spunk and it played out as soon as she opened her mouth to speak.

“Don’t be intimidated by what you don’t know. That can be your greatest strength and ensure that you do things differently from everyone else.”  Sarah Blakely

That quote was chosen because if there’s one thing about Jordan Rainer, she’s very unique.  She looks unlike every other artist I’ve seen in recent times, and the way she explained her own approach to this thing called the music business was refreshing.

Rainer moved to Nashville from Oklahoma with her husband and her “wiener dog” four years ago.  When we commented that Oklahoma was about as middle America as one could get, she responded in the coolest mashup of a southern drawl and a Midwestern accent I’ve ever heard, with, “Yup, ‘Merica.”  Even better than that, she mentioned that she recently did a cover of a Whitney Houston song, to which someone commented that they didn’t know Houston’s music could be covered by a country artist.  Rainer had a quick response to that.  “There’s a little ‘Hey y’all’ in everything I do.”

The string family of instruments runs hard in Rainer’s life.  Her father is an award-winning banjo player and he was the inspiration for her to pick up the guitar when she was 13.  Once that happened, she never slowed down with it.  “All of my music is very guitar driven.  I want there to be movement.  I want there to be surprises.  I guess you could say that it’s progressive guitar.  Great lyrics, great musicianship, because that’s important to me.”  She still strives to earn the respect of her Dad as a musician. 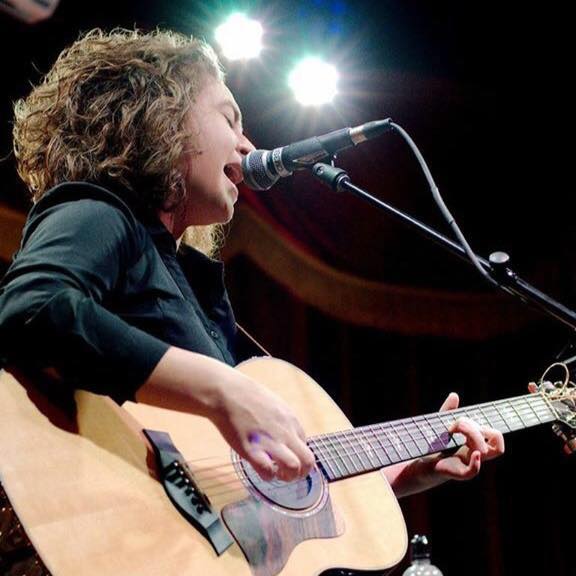 When it comes to being a musician, not just any musician, but a great musician, which is Rainer’s ultimate goal, she feels a song should be an experience.  “A lyric should make you think and feel.  A melody that pushes you over the edge and makes you forget where you are for five minutes, that’s the whole experience of a song, so much more than just the voice.”  Make no mistake though, I’ve listened to Rainer’s songs, her vocals are very, very good.  They match up quite well with her instrumentals.  She downplayed her voice, but I was quick to discover that vocally, she’s doing just fine.  She pointed out Dolly Parton, for example, who has mastered both guitar and vocals, as someone she looks up to.

Last year Rainer put out a single entitled “Wearing Out Angels” which she said did very well and this year she will release a follow up to that called, “Learning to Fly”.  She explained that it has a double meaning.  It’s a nod to the previous song, but it’s also about learning how to be an artist and a performer.  She’s very excited about it and it should drop sometime this spring.  She also has a song out now, “I’m Good”, which she calls a “guitar rippin’ song”.  It’s an upbeat number and I thoroughly enjoy it.  I think everyone should check it out.  It can definitely turn a gray day into a much sunnier one.  I think you’ll understand what I mean about Rainer’s vocals being on point once you hear this one.

Rainer will be off on a radio tour this year and the big news, which at the time of our CRS 2019 interview in February was brand new news, is that she will be co-headlining a Pepsi 618 tour with Chris Lane.  She’s very happy about that, and should be.  If you’re a Chris Lane fan and planning to see him on tour, don’t miss Jordan Rainer.  I think you’ll become a fast fan.  If you have the chance to meet her after a show, be sure to tell her Think Country sent you.  Keep up with all of that on Pepsi 618’s Facebook and Rainer’s socials (listed below) as well.

What can you expect at a Jordan Rainer show?  You can expect a true musician’s experience, songs that make you want to move, covers done in her own special way, and how about this?  A really cool cover of Meghan Trainor’s “All About That Bass” done in five different genres, including reggae, disco, bluegrass, funk and a little bit of twang with constant surprises.  This is all done “just to highlight how badass my band is”, all the while giving a little fist pump to put additional emphasis on that point.

Talking about that band, she mentions that they are all from her church, and they are all world-class musicians.  Her bass player, Cory Fisher, also plays in his own band, Cory Fisher & The Blue Zebra Band.  Rainer calls him a “phenom artist” and “the best vocalist I’ve ever heard in my life”.  She also sent a shout out to her drummer, Cody Wilson.  I didn’t catch the names of the others in the band, and I wish I would have.  I’m sure she would have loved to have given them credit where credit is due because she spoke so very highly of them.  Her words were, “They love and support me and my music on both a professional and personal level.”

Her dream venue is The Opry.  “If it all disappeared today, and I had played there, I would be good.”  Her overall long-term goal?  “If I can make a living with a guitar instead of a shovel, that’s what I love.  That’s why I’m up at 5 AM and doing guitar tutorials until 9 AM every day.  When I step on stage, I want to feel like I deserve to be there.”

Acoustic guitar is her number one wheelhouse, but Rainer is working diligently to become better on the electric.  “That’s another reason to be up at 5 AM.  A girl up there with a Telecaster is bad to the bone.” 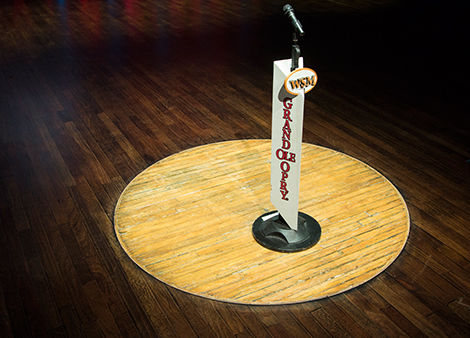 Jordan Rainer can be found: