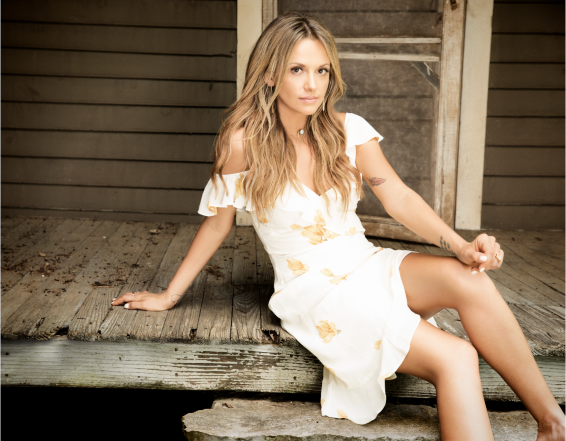 Prior to her first ever time in the UK and first appearance at Country 2 Country we were lucky enough to get some time to chat with rising country superstar Carly Pearce in London and here is what she had to share with us:

FOR THE BENEFIT OF PEOPLE NEW TO CARLY PEARCE, WHAT THEY CAN EXPECT

I think it’s a high energy show that gives you a little bit of my history growing up in Kentucky with a little bit of Bluegrass to a little bit of the 90’s country.  I think you’ll leave saying that girl really, really loves country music and that is where her heart is!

It’s always been what I loved to listen to, my grandparents loved it and I was exposed to it as a little girl.  i have always wanted to be an artist.  What I think I’m trying to make people aware as far as I’m concerned is that my whole goal, inspiration and where I want to go is down this line!  I don’t really have any aspirations of jumping out of the genre.”

ON BEING A FEMALE ARTIST IN NASHVILLE

I’ve had pretty good luck as a female just doing what I do and I think that it’s actually a really exciting time to be a woman in country music right now!  It would be very easy to try and chase the radio but I’ve tried that before and it didn’t work.  Every Little Thing, I certainly wasn’t trying to chase the radio, I think that if you do the best version of yourself, you are gonna win!

ON THE CURRENT CREATIVITY AND OPENING UP OF THE GENRE

You see so many different aspects of country music right now.  From Florida Georgia Line to Chris Stapleton then from Carrie Underwood to Ashley McBryde.  It’s a fun time to be in the genre because people are more experimental I think because as we evolve with different platforms like Spotify, people are reacting to different styles and creating their own kind of country!

ON HER SOPHOMORE ALBUM

I’m almost done with it, I’m finishing it as we speak!

ON WHAT SHE HAD HEARD ABOUT THE UK FANS

I have heard so many wonderful stories about how amazing they are.  I have heard about their energy, their awareness of music and the album cuts.  All of those things make me itching to hurry up and play the shows.  It’s awesome that they seek out the artist and not just the radio songs!

“I love it, it’s the best gift anyone could give me.  Some people have said to me that your song or your album is the soundtrack to my life and that just fulfils my heart.

ABOUT GETTING TO EXPLORE IN LONDON

Even if I don’t get to on this trip, I plan to come over and hopefully do some shows of my own then I will make sure I do because I’ve got a list!

I want to see everything to do with the Royal Family, I want to see Big Ben, go shopping around Oxford and I definitely want to eat some of the Indian food I hear so much about!

ON THE DIFFERENCE BETWEEN NASHVILLE AND THE UK

I dunno if I would bring want to bring this back but the driving on the other side of the road and steering wheel being on the other side, that’s a little scary.  Noooo I am not driving here myself, I just sit in the car terrified!  But you know I think the architecture here is really beautiful and I wish we had a little bit more of that in Nashville! 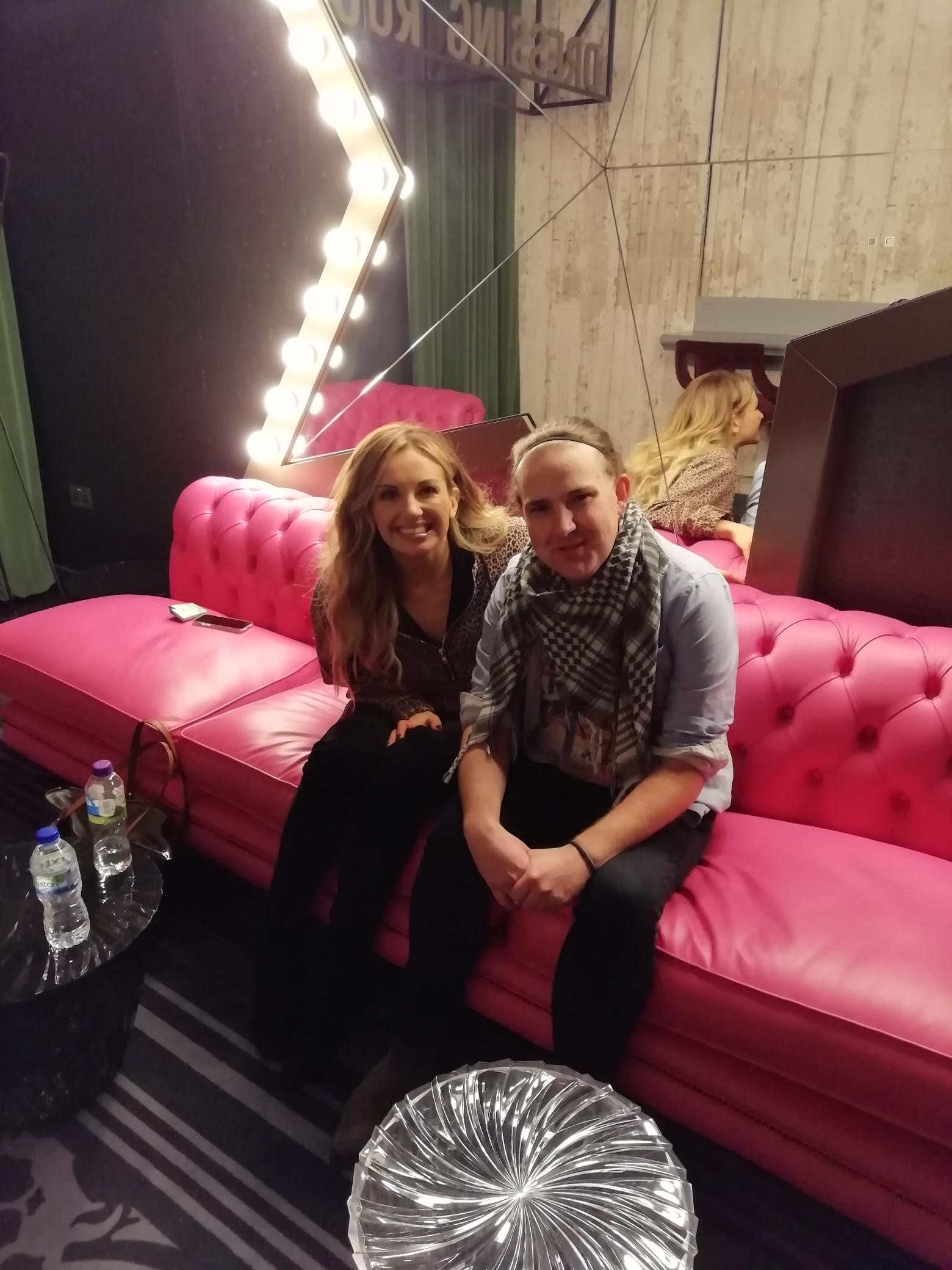 Carly Pearce broke through in the US in 2017 with the massive country hit, “Every Little Thing” (also the title of her debut album), and will make her UK live debut on the main Arena stage at the Country to Country Festivals in March.

Her brand new single, “Closer To You” offers a sneek preview of Carly’s sophomore album being released later this year on Big Machine Records. Watch the brand new video here:

The lyric video features behind-the-scenes footage from the session:

Carly got her first job as a singer as a teenager in a country show at Dolly Parton’s famous Dollywood theme park in Tennessee where she performed 5 times a day.  When she wasn’t at the theme park, Pearce was being homes schooled by her mother at a rented apartment nearby.

She had a great 2018 and was nominated for ACM Awards New Female Vocalist of the Year, won CMT Music Awards Breakthrough Video of the Year for “Every Little Thing” and Radio Disney Music Award The Freshest! – Radio Disney Country Best New Artist, plus score a coveted slot on four major tours with Blake Shelton, Thomas Rhett, Rascal Flatts and Luke Bryan (including stadium dates). In 2019, Carly will join Jason Aldean on his Ride All Night tour, starting in the US in May and running through to September and she has been nominated for Best New Country Artist at the 2019 iHeartRadio Music Awards (taking place in March) – the only female artist nominated for the award.

Of new single, “Closer To You” Carly says,, “I’ve always been the type of artist who wants to record the best songs, even if I didn’t have a hand in writing them. ‘Closer To You’ is one of those songs that instantly spoke to me and painted a beautiful picture of where I’m at right now. I’m so excited to share this next chapter with my fans and hope they love it as much as I do!”

She returned to the studio with frequent collaborator and esteemed producer busbee to record the song which Rolling Stone described as, “An up-tempo ode to being in love that melds Nineties country slickness with a bit of R&B and nods to her traditionalist roots, thanks to the dobro playing of her longtime band member Josh Matheny. It also showcases Pearce’s unique vocal command, which bends and holds the notes in unexpected ways and taps effortlessly at the top of her range.”

“Music is all I’ve ever known, all I’ve dreamed of, and now more than I could have imagined growing up in Taylor Mill, Kentucky,” explained Carly. “My journey has been long but so worth it each time I hear ‘Every Little Thing’ on the radio or sung back to me from a crowd. I’m so grateful and excited to share more of the songs I wrote alongside some of my biggest inspirations and those where others penned the words of my story. I hope this album will be worth the wait … I know it has been for me!”

Collaborating in both writing and recording with sought-after producer busbee (Katy Perry, Keith Urban, Lady Antebellum, Maren Morris, Kelly Clarkson), the 13-track album reflects Carly’s textured vocals and emotive songwriting sensibilities across eight of the tracks. From the regional Bluegrass band she joined at age 11 to being homeschooled at 16 so she could take a job singing hours away, her passion has grown over the last nine years in Nashville. Her tenacity has shaped not only her character but come alive throughout her lyrics and performances, earning coveted spots on the road with Kelsea Ballerini, Kip Moore and Hunter Hayes.