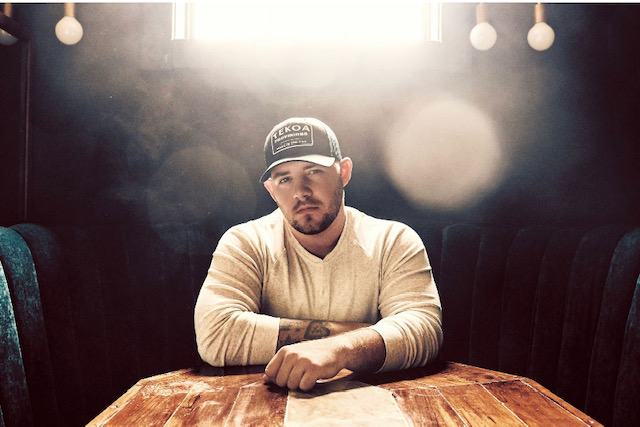 Named as ” One To Watch for 2021″ by the likes of Amazon Music, Pandora, Sounds like Nashville and Spotify, that’s exactly what our Think Country team member Patti did recently when Nashville-based breakout artist Kameron Marlowe played his CRS livestream . And her verdict? She absolutely loved his performance, describing him as a ” really good new artist” so what better time to discover more about the North Carolina native, especially as his single ” Sober As A Drunk”  becomes his first to be sent to US country radio? Kameron celebrated by releasing this fantastic live performance video of the infectious  ” break-up song-with- a -twist ”

The single, taken from his self titled EP released to critical acclaim last year (  listen to here https://km.lnk.to/km-ep )  follows on from his breakthrough hit ” Giving You Up” , the EP’s opening track, which had a super impressive over 30 million streams on Spotify with the official video garnering 17 million views….even more incredible as it was the first song her ever finished writing! It’s not surprising to discover that this heart-wrenching song was born out of personal experience….the singer was 20 years old and planning to propose to his girlfriend when she dumped him for someone else, and writing was his way of getting his feelings out.

Born in the small town of Kannapolis, North Carolina, Kameron sold car parts at General Motors for a living before he got a call that changed his life forever. A recruiter from NBC’s The Voice found performance videos of Marlowe on YouTube and reached out with an offer to take him straight to the series’ live auditions. The offer was too good to pass up.

While he didn’t win, Marlowe said “The Voice” is responsible for getting him to Nashville. Some of his cast-mates were songwriters from Music City. He had dabbled in songwriting at home, but the concept of doing it professionally was foreign. When his new friends explained the collaborative nature of Nashville’s creative community, everything clicked into place.
“I knew that was just exactly where I wanted to be career-wise,” Marlowe said. “But I just didn’t understand how to do it.”
After The Voice ended, he began to make the 13-hour round-trip drive to Nashville multiple times a week to write songs. He soon decided the drive was too much, found some roommates and moved to Music City.
Influenced by artists ranging from Brooks & Dunn and George Strait to Travis Tritt and Ray Charles, Marlowe’s sound is a culmination of his life-long love of country music. His first memories include riding around in his grandpa’s truck listening to Garth Brooks and Darius Rucker. But he didn’t realise he could sing until he was a teenager. Marlowe played snare drum in his high school’s marching band for two years before he decided the experience wasn’t for him. A praise and worship leader who found joy in performing, Marlowe approached the music teacher about starting an unstructured class he dubbed “Rock Band.” Ten students formed two five-piece bands. They learned 10-to-20 cover songs a year and then performed them in a small club.
Now his goals are much higher.
“I want to sell out a stadium just one time,” Marlowe said. “It’s always been a dream of mine. I never thought in a million years I could do this for a job. I thought I would move here for 10 years and then go back home and sell car parts, but it’s happening!”

He is definitely an artist with a very exciting future ahead of him it seems, and someone we will definitely be keeping a close eye on here at thinkcountymusic.com where we always like to  ” Bring Country Closer ”