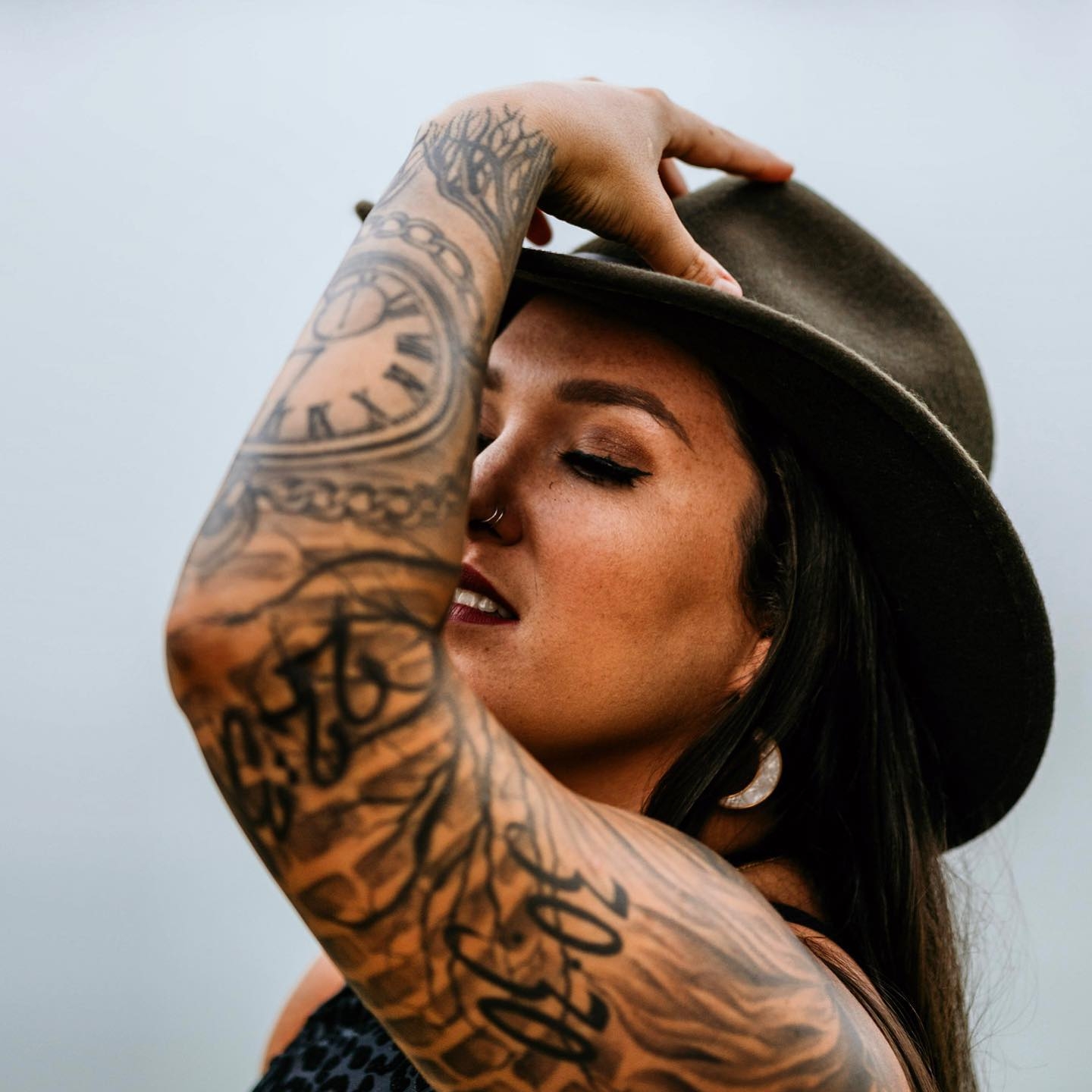 She’s a Think Country favorite by now.  We’ve talked with Allie Colleen before a few times and she never fails to entertain us and give us good information about what’s going on with her career.  Always fun to chat with, Allie also shares a little bit of what’s happening in her personal world too.  Take a breather from whatever you’re up to right now and check out my CRS 2021 Zoom interview conversation as it happened.

Allie Colleen:  Hey, how are you?

Patti McClintic:  Just the “same old, same old,” you know.  I’ve had a morning, everything went crazy, but you know, it’s my life, it’s chaos.

Allie Colleen:  Believe it, I really believe it!

Patti McClintic:  So, what’s been going on since we last chatted?

Allie Colleen:  Well, there was a pandemic… but apart from that I feel like I’ve done everything, but nothing.  I’m sure that’s how other artists feel, like you’ve been working so hard to do everything, all the socials stuff to stay relevant somehow, but it’s been a while since I’ve been on the road or anything cool or crazy like that.  We’ve just been working on a new album, fun stuff, new music and content, stuff like that.

Patti McClintic:  A whole album!  That’s so cool!  When is that coming out?

Patti McClintic:  So, what’s the album going to be about?  Will it include “Ain’t the Only Hell (My Momma Raised)?”

Allie Colleen:  No, I wouldn’t do that to you guys, 12 new songs!  Of course, we’ll do the physical release so you can purchase the CD via my website alliecolleenmusic.com as early as April, but streaming-wise, it will come out a track at a time throughout the year.  So, we’re really hoping close followers will go ahead and get it anyway.  What you’re going to do with it, I don’t know, CDs go in my car, but not in my computer or anywhere in my house, so you really have to factor in, “Can someone really use the CD?”

Allie Colleen:  Yeah, it’s a budgeting thing, but I’d love to have the full case with the liner notes that unfold, with a poster on the back of them.  That’s the goal, but money-wise we may end up having to use the slips which would be very lame I feel, but we can still do a lot with artwork and fun stuff like that.  I’m just so excited to have an album.  For an artist like me, you never know if you’re going to have one ’cause you have to pay for all of it yourself and don’t know if it’ll be worth it.  I’m personally so stoked about it.  Also I’m so lucky to have a bit of an older following who I know will appreciate it.

Patti McClintic:  Oh, yeah.  Speaking of artwork, I can see all your ink today!  (She was wearing a t-shirt)  It’s so vibrant and cool, it looks amazing!  What is the newest one?  Is that a dragonfly?

Patti McClintic:  It’s incredible.  What’s the inspiration behind it? (The firefly tattoo is right on the front of her neck)

Allie Colleen:  Yeah, so it’s a firefly and you can see that up close, but probably not from where you’re at.  Have you seen The Princess and the Frog?

Allie Colleen:  Right.  So, you know how Ray is in love with the star, Evangeline, and thinks she’s the brightest firefly on the planet?  So, that’s where it comes from.  My dog, who’s around here somewhere, is Evangeline, but we just call her Eve, she’s my North Star, my everything!  I love animals and I rescued her.  She’s my best friend and all that kind of stuff.  Then you know in Nashville when you’re releasing music, you have to have a label to put it under, even if it’s your own and one you made up.  So, our independent record label that we’ve been working on forever is Evangeline Records.  I made that up myself.  So, the firefly is on my drumhead which you see when we play live shows and we have all these new stickers and branding we’ve been working on this year, designed around this firefly, that for me, is the pursuit of music kind of thing.

Patti McClintic:  So cool.  Did that hurt to have that done right there on the front of your neck?  You’re so brave.

Allie Colleen:  Yeah, So, I use numbing cream, everyone will out me for it, but whatever.

Patti McClintic:   I would have said, “Knock me out, give me general anesthesia!”

Allie Colleen:  And wake up with a tattoo?  That would be awesome, that would be the dream, but they don’t do that yet.

Patti McClintic:  Well, give it time, life is evolving.  So, what else exciting is going on in your life apart from putting together an album? 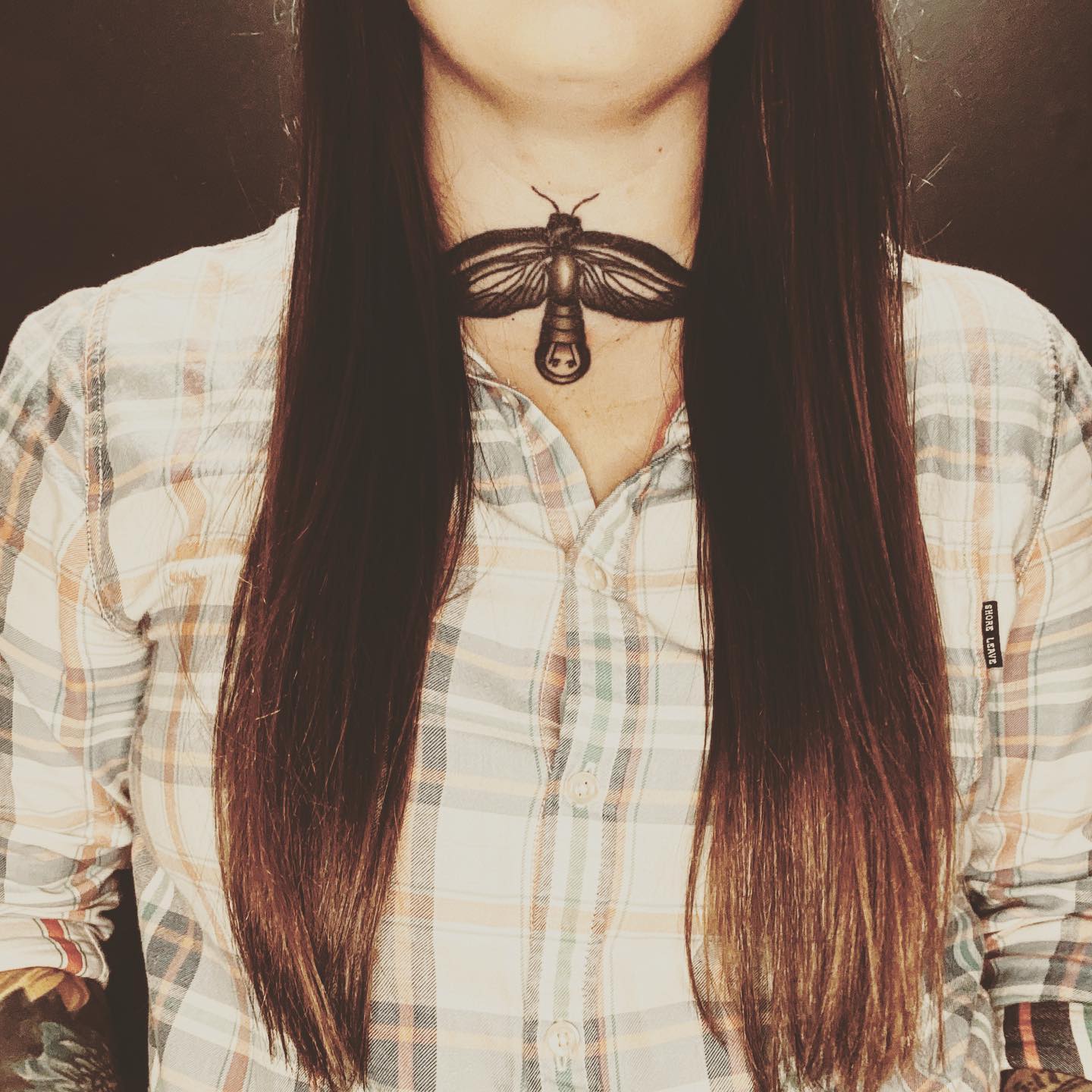 Allie Colleen:  I’m building a barn!  I’ve got two horses that are coming up here to stay with us, so we’re building a barn right now, which cannot happen soon enough.  We’re spending a lot of time on things like that.  This year got really quiet, so I’m looking at things to look forward to outside of music.  These CRS Q&As, a lot ask, “Do you have any hobbies?”  I always look at that question like, “I’m a performer.  What do you mean, do I have a hobby?”

Patti McClintic:  That is your hobby.

Allie Colleen:  Yeah, and then it blows my mind to think there’s a ton of people who find hobbies outside of music.  I mean, people who do music.  It’s just not a thing for me, I’ve always done music.  So, 2020 was a big year to figure out that while music can never be taken away from me, it sure feels like it has been.  So, what’s something else I’ll spend my time doing that I really love, and I’ve always been an outdoor person.  Bringing the horses closer to home has been a really big deal for us and a really big reassurance for us.  It hasn’t happened yet, but it’s getting closer every day.

Patti McClintic:  That’s really awesome.  I’m glad you’re doing that.  If things get too stressful, that’s the thing to do, go out there and ride some horses.  I wish I had a horse, but I have a husband… Uh, oh, he just heard that. (Laughs)  So, everybody wants to write with Allie Colleen, ’cause you’re just the coolest, but who does Allie want to write with?  Who’s your dream co-write?

Allie Colleen:  Oh, my God, so I kick myself every day for this, but I had the opportunity to write with Ashley McBryde once.  She was very, very sweet and invited Jonathan and me out to her house, made us dinner and we ended up, just like, kicking the bucket, you know.  Drinking tequila all night and doing what we do.  It’s one of my greatest memories, but I also kick myself every day because we could have “tequila wrote” a song too!  It could have even been a good one.

Patti McClintic:  It could have been the best drunk write ever!

Allie Colleen:  I know!  I was lucky enough to see her last week at a writers’ round we all played for a Kristen Kelly EP release.  Ashley came to play.

Patti McClintic:  I saw that after it happened.  How did I not hear about that?

Allie Colleen:  I know they tried to keep it really low key because of capacity to make sure everyone who really needed to be there could be.  It was so much fun.  When I saw Ashley that night I said, “You sound great.  How’s it going?  You know every day I just want to be Ashley McBryde when I grow up.”  She laughed and said, “Well, kid, you’re going to have to pick one, ’cause you can’t do both!”  I was like, “You’re so cool!  The coolest thing on the planet!”  I’m never, ever going to worry about growing up again in my life, now it sounds like the dumbest thing I can worry about.  I just want to be Ashley McBryde.”  (Laughs)

Patti McClintic:  I want to be her too.  Everybody does!  (Laughs)

Allie Colleen:  Yeah, so she’s my dream co-write.  I would love to write with Cody Johnson or Randall King, as well.  If we could cross over, I think my dream write would probably be with Keith Whitley, you know, or Michael Jackson, but for now, definitely Ashley.

Patti McClintic:  Well, next time maybe just mention, “Hey, we’re getting a little bit ‘half in the bag’ here, so maybe we should just write a chorus real quick, we could finish the rest later.” 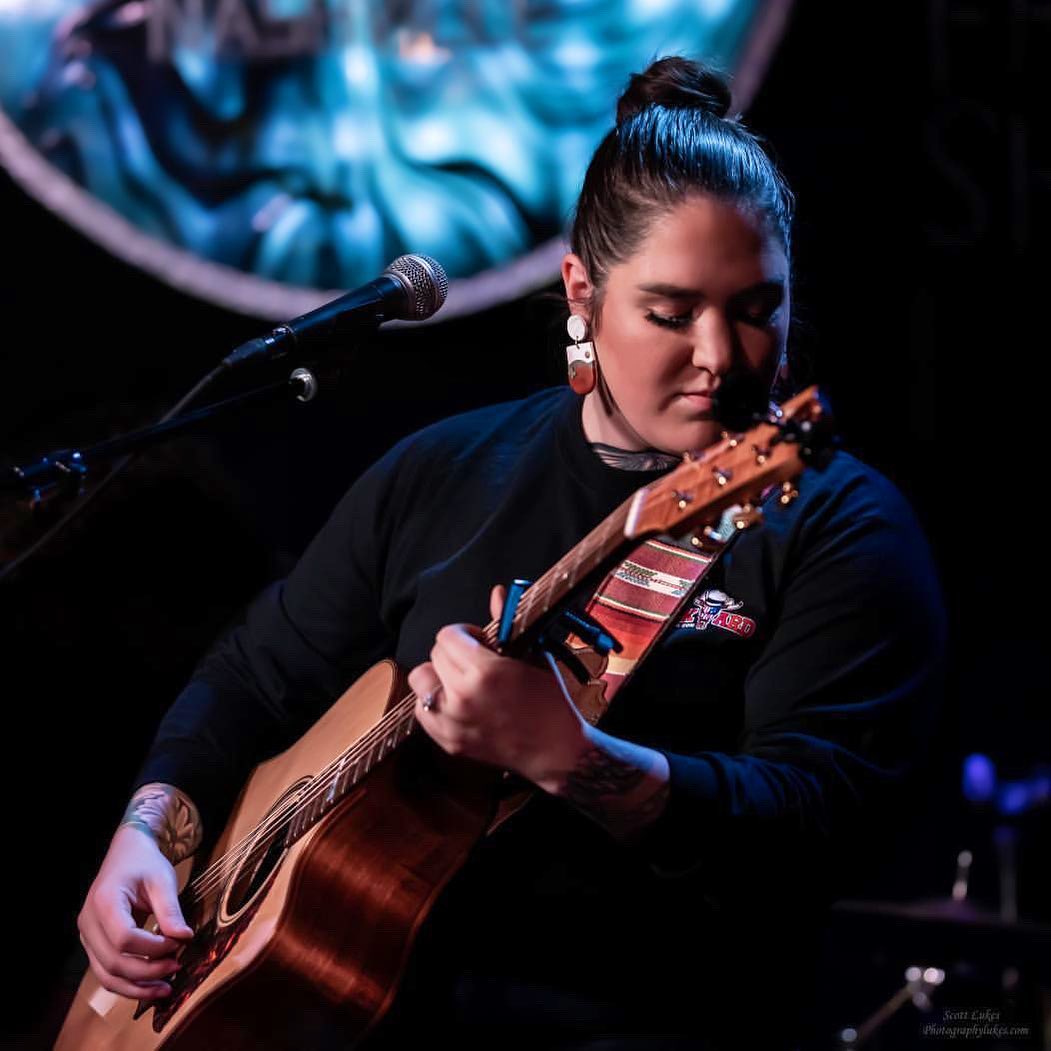 Patti McClintic:  So, I have my Chat Pack filled with random questions, which can be bizarre or stupid.  You never know what we’ll get, but I’ve been getting some great answers.  I’m going to pull a card out, are you ready?

Patti McClintic:  Oh, this is a good one.  “If you had to change your first name, what would you choose as your new name?”

Patti McClintic:  There you go, because you want to be her, right?

Patti McClintic:  Perfect!  If I ever ask her the same question and she says, “Allie Colleen,” it’ll be like kismet!

Allie Colleen:  Ha ha, I’d send her all my stuff!

Patti McClintic:  I always love talking to you, you’re just the best of the best.

Allie Colleen:  Thank you!  Thanks to you guys for fitting me in, I’m sure your CRS is just as busy as always, it just looks a little different this year.

We are so looking forward to Allie Colleen’s new album that’s going to be full of brand new songs.  Be sure to keep up with her on all of her social media sites (listed below) and drop her a comment letting her know that Think Country sent you.  She’s always great to speak with and her we really enjoy her music.  We think you will too. 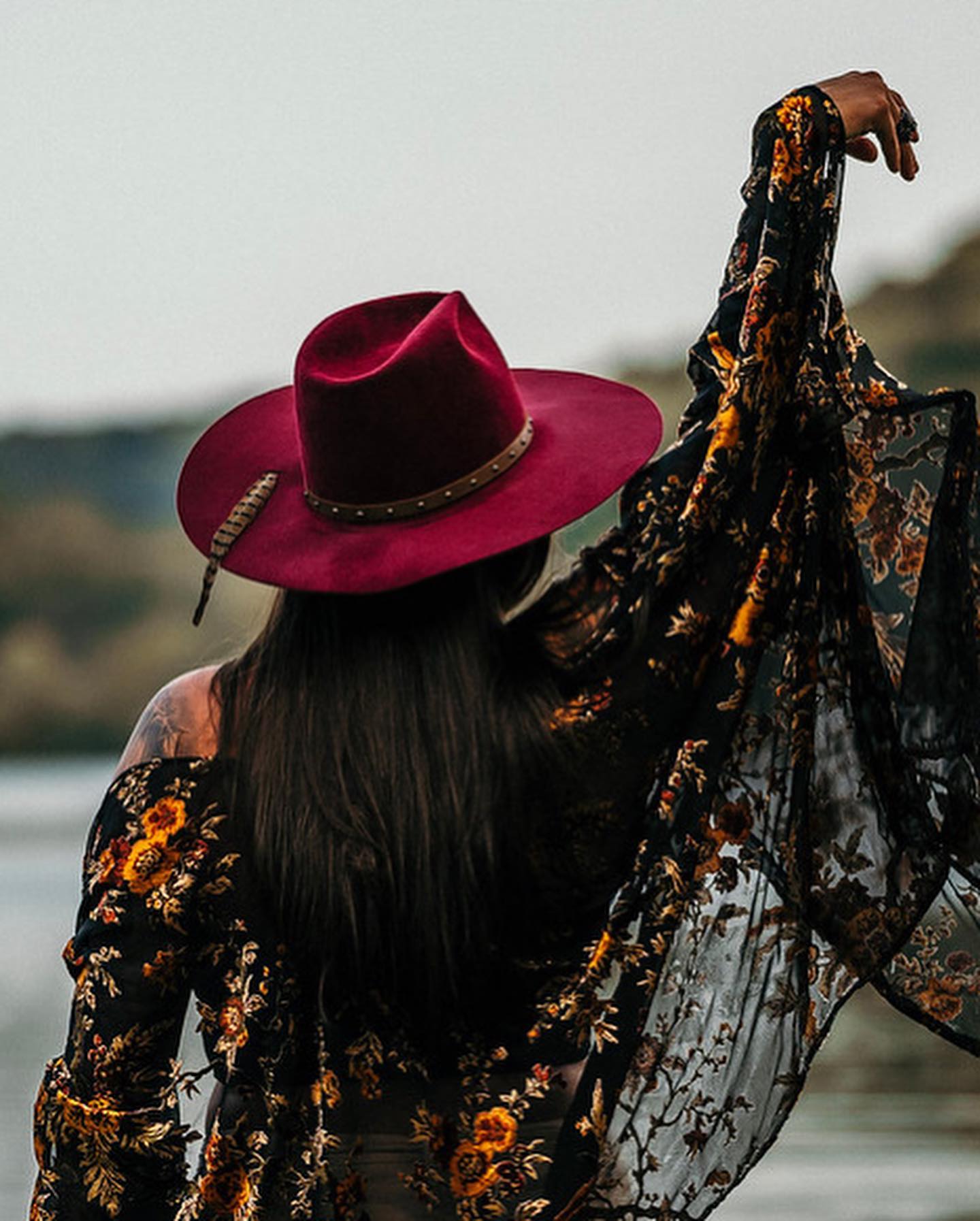 ALLIE COLLEEN CAN BE FOUND:

Bringing You Up To Date With Bailey James