Gabby Barrett is one of 2020’s biggest breakthrough artists. Having rapidly exceeded a phenomenal 460 million+ career on-demand streams, she has been tipped by Billboard and Forbes as likely nominee for Best New Artist at next year’s Grammy Awards, and has been nominated for New Female Artist of the Year at next month’s ACM Awards. Barrett was also recently named as an Amazon Music Breakthrough Artist, one of just six chosen worldwide and the only representative from country music. 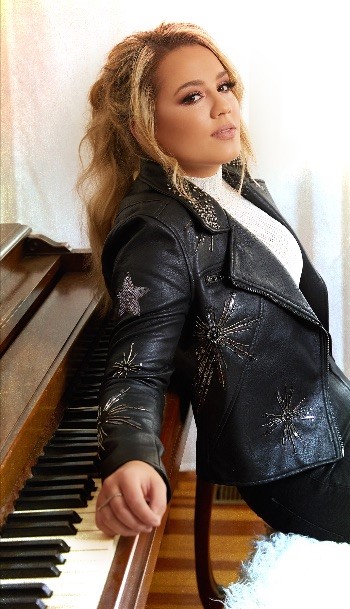 Now Barrett focuses on an international breakthrough with her double-Platinum smash hit ‘I Hope’. She has teamed up with Charlie Puth to release a new version of the song. While the powerful original version was grounded in Barrett’s authentic country roots, Puth’s feature infuses it with a modern pop edge and provides a twist on the song’s meaning. (LISTEN HERE)

Barrett commented, “With Charlie being on this track, it changes the perspective of the song. When I wrote it I was writing from a woman’s perspective, and so with him being on it, it kind of shows the men’s perspective too. That both sides get cheated on and it’s not just a one-sided thing.”

Puth added: “I fell in love with the song when I first heard it, and to be able to reimagine it with Gabby and the writers and producers and take it to a new place, is really exciting.”

The original version made history in the States as she became the first solo female to top the country radio charts with a debut single since 2017. She also became the youngest artist to debut at the top of the charts in over two decades.  The two versions of ‘I Hope’ bookend Barrett’s debut album ‘Goldmine’, which earned the most first-week streams of any US debut country album in history. ‘I Hope’ enabled her to become the first female country star to exceed 10 million streams in a single week.

‘Goldmine’ has proved that Barrett can express both deeply personal stories and universally relatable emotions, this collection reaches across genres while staying firmly rooted in Country music, anchored on Barrett’s soulful, powerhouse voice and her wise-beyond-her-years convictions.