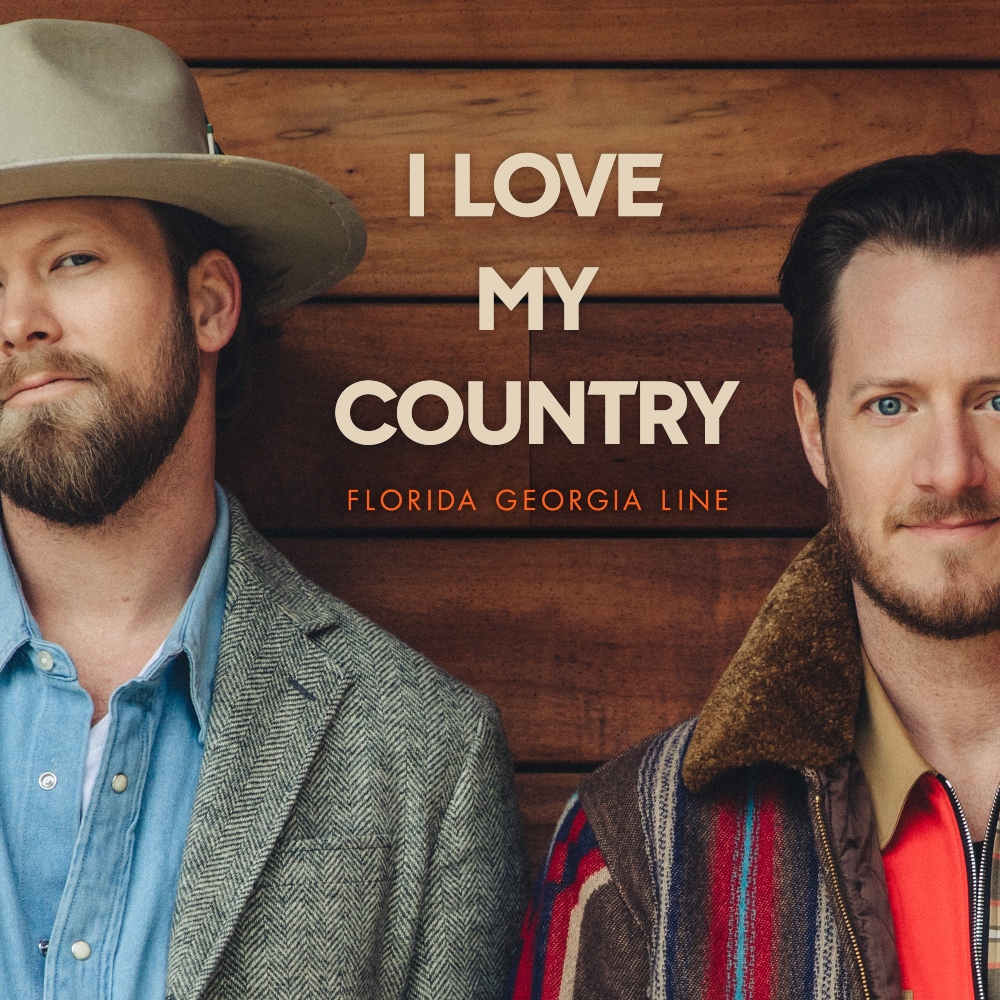 I Love My Country

We have a few of the songs ready for the new album and just felt like it was time to get this one out, especially in a time like this we just we just want to get the music out, and this is something that could hopefully lift their spirits a little bit.

I know for us it’s just been so much fun recording the song and playing and over and over and over and we’ve just had a blast with it so we’re excited to have it out to the world and we hope that they can give them a little encouragement and, you know, lift their spirits a little bit right now.

The Crazy Ride.. So Far

FGL cruised into our lives back in 2012 and are still going strong!

Yeah, we have got to do a lot!!  I think, ultimately, we just want to have fun doing what we do and we’re going to just keep on playing. We don’t have any plans to stop anytime soon so we’re just kind of continuing to ride this wave I feel like we’ve kind of built a big way behind this and we’re just excited to take you for a ride and to kind of see what the next chapter holds we’ve kind of got this new energy in this new life.

It feels like it’s all around us and became us having more fun making music than ever and so it kind of feels new it feels fresh and it’s, you know ultimately a tonne of fun from being in the studio to, you know, to being on the road, doing everything that we’re doing right now and it’s incredible. I mean that’s great for us fans so we were always looking at looking for new music. 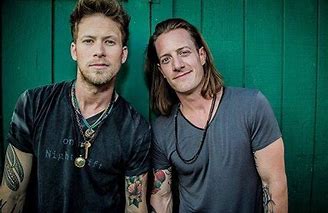 What is the best bit?

Writing a song record, thinking it’s gonna be a hit knowing your fans are gonna love it, well.. hoping your fans are gonna love it, and getting it out on the road and being on the radio touring with it. That whole scenario, I think, is why we all do it, it’s just amazing to watch the song come to life. At first, and in a writing session and again in the studio and then again out on the road it’s like three phases. I think we enjoy all three of those so.

We started from the bottom and we played little smoky bars, clubs, to different amphitheatres, and stadiums. Wherever our fans will show up we love it.

You know, playing our shows is a party. And when our fans show up, it’s always loud so it’s a time where we can kind of put aside everything that’s going on and focus on what’s in front of us and that’s the present moment, having a damn good time.

How about songwriter rounds

That takes us back to where we began with just a couple of guitars and singing songs that we are passionate about or songs that we wrote. So yeah, we still enjoy that for sure that’s a big part of our world here in Nashville.

You know, we to try to pick an artist that we not only love as an artist but also love as a person and you know we’ve been really fortunate to get to tour with a lot of great artists that have become good friends of ours, and yes it’s a it’s a really cool thing that we get to do.

Its cool to get to know the artist and travel the country and play shows and learn from each other so you know that’s another thing we try to say guys that we can learn from and then we can write with and then we can hang with, so it’s a lot of fun on tour.

Coming to the UK

Yeah, we talked about it. Quite often I think we’re waiting on the right moment, figure out how to make a big splash over there.

Just now yeah I think we’re trying to get something planned trying to make it. You know when we do come over there. It’s a big old party like I’d be like to throw and, you know, as many people as we can get get there, and come. So, yeah, you’re right. It has been a while and we haven’t forgot about y’all we, we had a good time on our trip over there, it truly was amazing and it’s such a beautiful place. So, I think it’s just about timing now hopefully, you know, in the next.

As well as being FGL, they have a record label and publishing company and BK and Brittney run Tribe Kelley

My wife and I had kids and BK and his have four dogs so that’s a big responsibility and then ultimately we have a lot of people that rely on us as well within our different companies. So we try not to put too much pressure on ourselves but we try to just live a balanced life takes care of our, our health and our spiritual, spiritual, emotional and mental health and, ultimately, try to lead by example and work hard like we do and.

And also just, just remember what’s important and it kind of keeps us focused so it’s not always easy, but it’s definitely a fun challenge.

A lot of people have to (or choose to) to do it alone, which is also awesome but we feel our scenario, it’s, it’s amazing it’s a brotherhood.  Its just like anything,  just like having a truck,  having a marriage, having a fishing pole everything needs maintenance everything you have to work on. If you don’t cut your grass it’s going to grow out of control.

So I think we, you know, we’ve had a lot of good mentors and I think we’ve both done a lot of soul searching together and separate and done a lot of work on our relationship to make sure at the end of the day, we’re doing the right thing to be healthy all the way around so that everything that touches us is efficient healthy and, you know, we’re also just be asked how to live our best life, positive life and yeah I think we’re just super grateful we get to together It’s amazing. 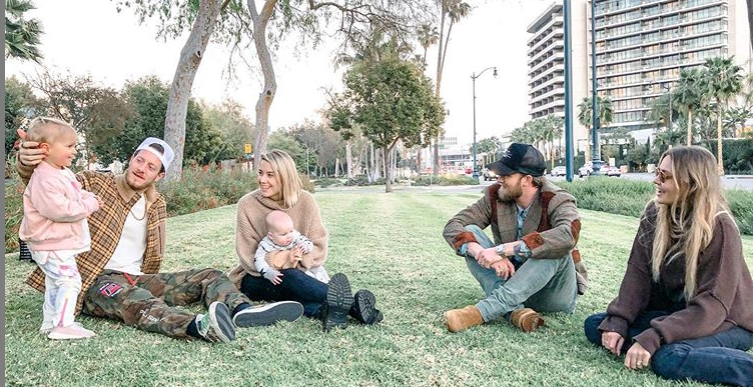 Working away at this album, we got, I don’t know, probably three fourths of the way done so we’re going to keep working on this and keep riding and just kind of keep doing what we would naturally do when we’re off the road, hanging out with family, friends and managing our record label and our publishing company.

You know it doesn’t get boring ever even in, even in these times and we’re just gonna stay focused and keep working hard.

If you follow Tyler or his wife Hayley.. you’ll know all about that tash!! 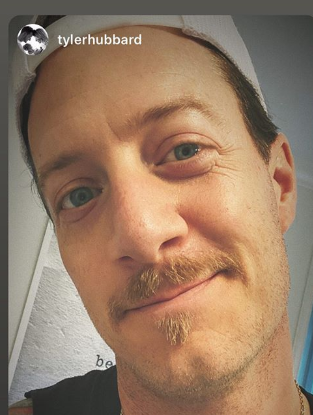 gave up yesterday last yesterday afternoon, so it’s gone and I now have a little baby face.