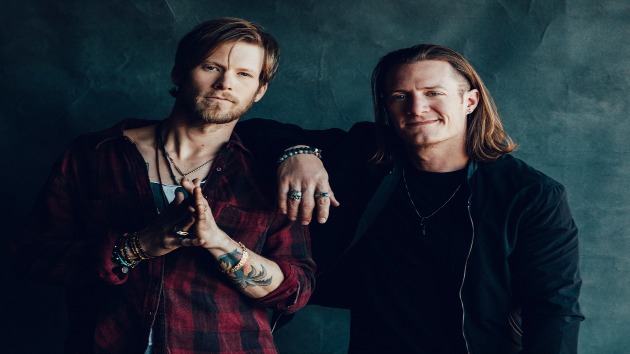 Florida Georgia Line admit when they first heard “H.O.L.Y.” they were not impressed. The duo’s new single is set for release this Friday though, because the hook and the message stuck with Tyler Hubbard and Brian Kelley. In fact, it grew on them — a lot.

The ACM Vocal Duo of the Year winners were halfway through recording their Dig Your Roots album when they heard “H.O.L.Y.” Hubbard says they listened to about half of it and decided the song didn’t suit them.

“A couple weeks later, we just were both kinda like, ‘Have you been listening to that ‘H.O.L.Y.,’ that song?’” Hubbard recalls, according to ABC Radio.

“We both kind of fell in love with it over those few weeks of living with it, you know, and realized the power. Sometimes a song doesn’t hit you right away, you know,” he explains. “Sometimes it takes a few seconds to actually get deep enough into the song to realize the power of that song.”

The music video for “H.O.L.Y.” was filmed in Australia and will be revealed on April 29. Scenes were shot at the Twelve Apostles and series of limestone stacks at Port Campbell National Park. Hubbard jokes that Kelley looks like the 13th apostle in the video.

Nate Cyphert, William Larsen and busbee wrote the song — the first from FGL’s third studio album. Joey Moi will return to produce the record, and Tim McGraw appears on one song. Expect more mature songs this time around.

What Country means To Me