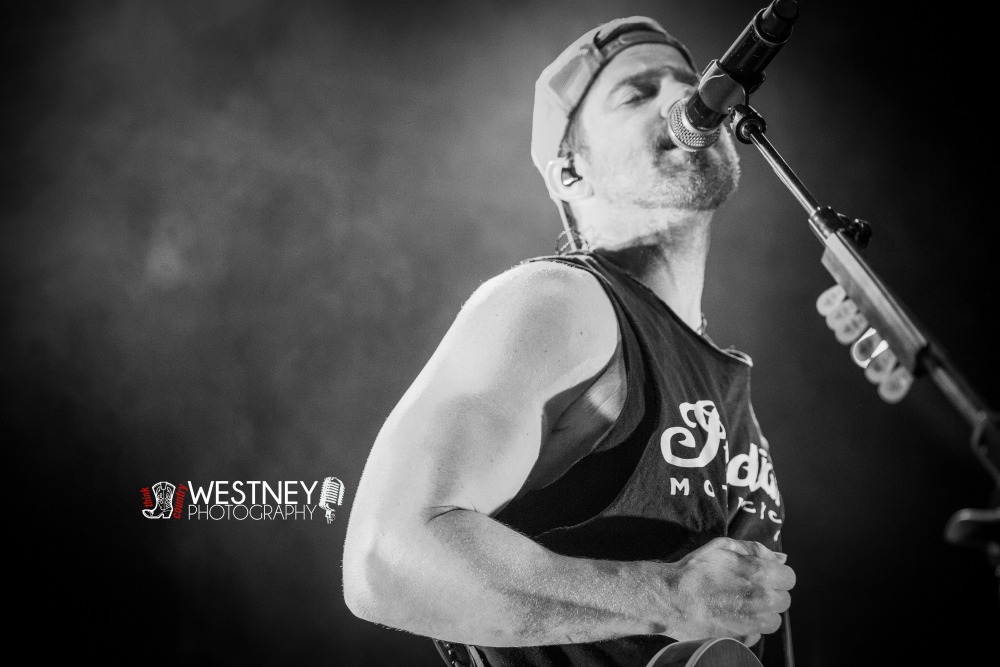 You wouldn’t think that the opener of a Country music festival at London’s iconic O2 Arena would become the most talked about artist for months to follow over super stars of the genre. However that is exactly what Kip Moore achieved at Country to Country Festival in March 2015. Fast forward to April 2016 where Kip made his hotly anticipated return to London for a full headline concert at London’s KOKO. Only this time he was not winning over an audience who weren’t familiar with his music; he was performing to people who had become die-hard fans who were in the palm of his hand singing every word to every song from the moment he stepped onto the stage.

The evening began with support from Max Milner and The Community. I have to admit that my hopes weren’t high for his set knowing that he was not a country artist and had been a contestant on the The Voice UK. However I was pleasantly surprised, Max has a great gritty and soulful voice with a developed and passionate stage presence. My only complaint is that the bass was uncomfortably loud. 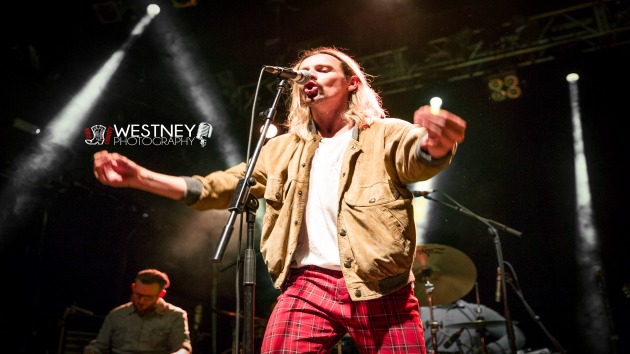 When Kip entered the stage he was met with rapturous cheers performing ‘Wild Ones’, the title track from his current album. The perfect indication of how this night would play out came from Kip standing back and allowing the crowd to loudly sing the entire last chorus alone. From here on the crowd’s energy did not let up all night, it seemed every person in the audience knew every word as Kip performed personal favourites ‘Crazy One More Time’ and ‘Mary Was The Marrying Kind’. Putting his guitar down, ‘Reckless (Still Growin’ Up)’ really allowed the party to get a little rowdy as Kip leaped up on to the speakers to interact with the crowd. He has an incredible ability to make eye contact and hold it with members of the audience whether they be in the front row or up the top that makes you feel he’s singing just for you. 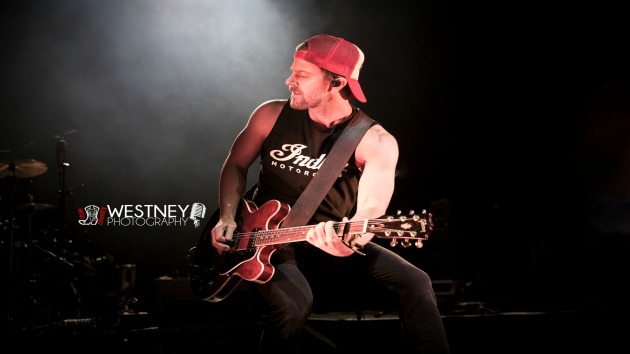 I wouldn’t normally expect to see a Country artist do a cover of a 15-year-old rock song however Kip’s cover of Jimmy Eat World’s ‘The Middle’ worked perfectly. It is hardly a surprise that Kip can pull off a rock song with a stage presence that is closer to Springsteen than that of a traditional country star. It served as proof of just how much Kip straddles genres that so many of the audience knew this song so well.

The women in the audience would have swallowed Kip whole if it weren’t for the barrier at the front of the stage whilst performing the incredibly sexy ‘Backseat’. Every single line and guitar riff was followed up with cheers and wolf whistles from the ladies in the crowd. One audience member even had a sign that read ‘Can I Be The Blonde?’ referring to the music video in which a blonde girl rips Kip’s shirt off as he sings to the camera.

‘Heart’s Desire’ showed just how much Kip had the crowd in the palm of his hand as he sat back and the simple gesture of his hands was all he needed to get the crowd singing the ‘hey hey’s in the chorus. The lights dimmed a little lower for a heartfelt performance of his current single ‘Running For You’ before the band left the stage to allow Kip to begin an acoustic segment. This was perhaps the highlight of the night allowing Kip’s vocals to shine with just him and his guitar on stage. Kip expressed how truly blown away he was by how the crowd sang every word to the album cut ‘Complicated’. He really appreciated how passionate the UK crowd’s are for records as a whole and not just the singles. 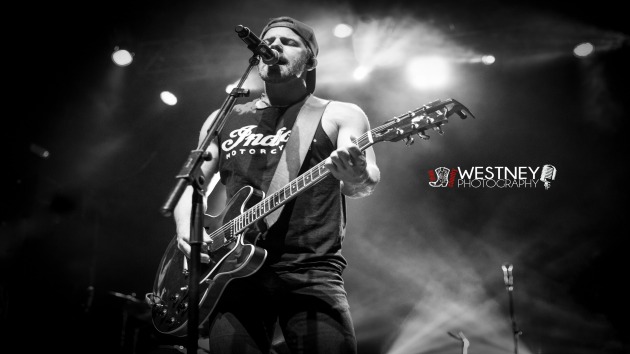 There is something very special about learning the story behind a song that allows the audience to get to know the artist and relate to them even better. This audience certainly absorbed every word as Kip explained the story behind ‘Guitar Man’, a new song about the struggles a musician faces trying to make it. He talked about how we are trained to believe that we are supposed to take a certain path in life but that path isn’t necessarily the right one; Though it can still be hard to witness friends settle down in steady jobs and starting families while you are still struggling chasing a dream. The loudest cheer of the night came when Kip paused mid way through ‘Guitar Man’ to tell us the story of his ex girlfriend who had said he would never make it and dedicated the final chorus to her as he sang ‘She’s back in Georgia and I’m here on stage in London playing for you’.

One of the most memorable moments from Kip’s set at C2C in London was his cover of ‘Don’t Look Back In Anger’, which of course had to be recreated on his return to London. He began this acoustically with the crowd loudly singing along in much the same way as on stage at The O2. Only this time his band joined from the second verse to perform this classic song in all its glory, successfully mastering the iconic Noel Gallagher guitar riff.

You could almost feel the crowd fall in love with Kip as he sang ‘Hey Pretty Girl’ and declared that his mother would love it if he brought home an English girl. A personal highlight for me was ‘Magic’, while this song appears early on the ‘Wild Ones’ record I have always pictured it as a triumphant set closing song and it did not disappoint. The only time the loud cheers turned to boos was when Kip announced his next song ‘That Was Us’, would be the last song of the night.

It did not take long for Kip to return to the stage for an encore after the crowd loudly chanted ‘Kip, Kip, Kip’ and we were treated to a brilliant mash up of ‘Faith When I Fall’ and Tom Petty’s ‘Free Fallin’. Kip expressed how truly grateful he was for how passionate his fan base was here and offered to stay and sign autographs for every single person who wanted to meet him.

To be able to gain such a passionate fan base in a country where we do not even have country radio highlights how the live show is really what is special about Kip Moore. My only complaint was that he did not perform my personal favourite, Dirt Road in London having performed it in other UK cities, but I’ll forgive him as there’s always next time. He truly showcased why he is one of the best live acts around and yet again has created a buzz that will last until he returns to our shores again.