Award-winning, genre-crossing singer-songwriter, Elles Bailey is delighted to be jointly releasing a special single with The Midnight Band:  a cover of soul legend Wilson Pickett’s 1970 classic ‘Don’t Let the Green Grass Fool You’.  This collaboration was recorded and mixed completely under the COIVD-19 lockdown conditions and is released today – Friday 26th June, 2020.

Elles has been devoting her time, trademark energy and drive into various projects, such as livestreaming, organising the very first global Lockdown Music Festival, releasing a charity single to support Help Them Help Us, as well as working on fresh material for her forthcoming third album. Not to mention picking up three major awards, with ‘Little Piece of Heaven’ winning UK Song of the Year at the 2020 UK Americana Awards, followed by two prestigious UKBlues awards (awarded by The UKBlues Federation in May): Blues Album Of The Year coupled with Blues Artist Of The Year.

Elles was also approached by The Midnight Band, who wondered if she’d be interested in working together on a social media single release.

“I guess you could call this release a happy accident!” explain Elles, happily, “Greg Smith (bassist from the newly-formed Midnight Band) reached out to me asking if I wanted to collaborate with them on social media release, and — if so — could I pick a cover?

“I’d been listening to a lot of Wilson Pickett — mainly while dancing around the supermarket, shopping for my parents who were isolating (how rock ‘n’ roll!) — so really wanted to cover this song to spread a little soulful love at this time.

Ash Wilson (guitar), Greg and I chatted vibe, direction and production. Ash then worked up a rough of the track and sent it out to the band to work their magic. Then it came back to me… I was completely blown away and started to think that this could become an official lockdown single.

“I just had to do my thing. I’m very new to engineering myself and have no idea how to edit vocals, so had to get my take in one… About 20 takes later I was FINALLY happy and sent my WAV (and video) to Phil Wilson and he did the rest. And I’ve never even met him! 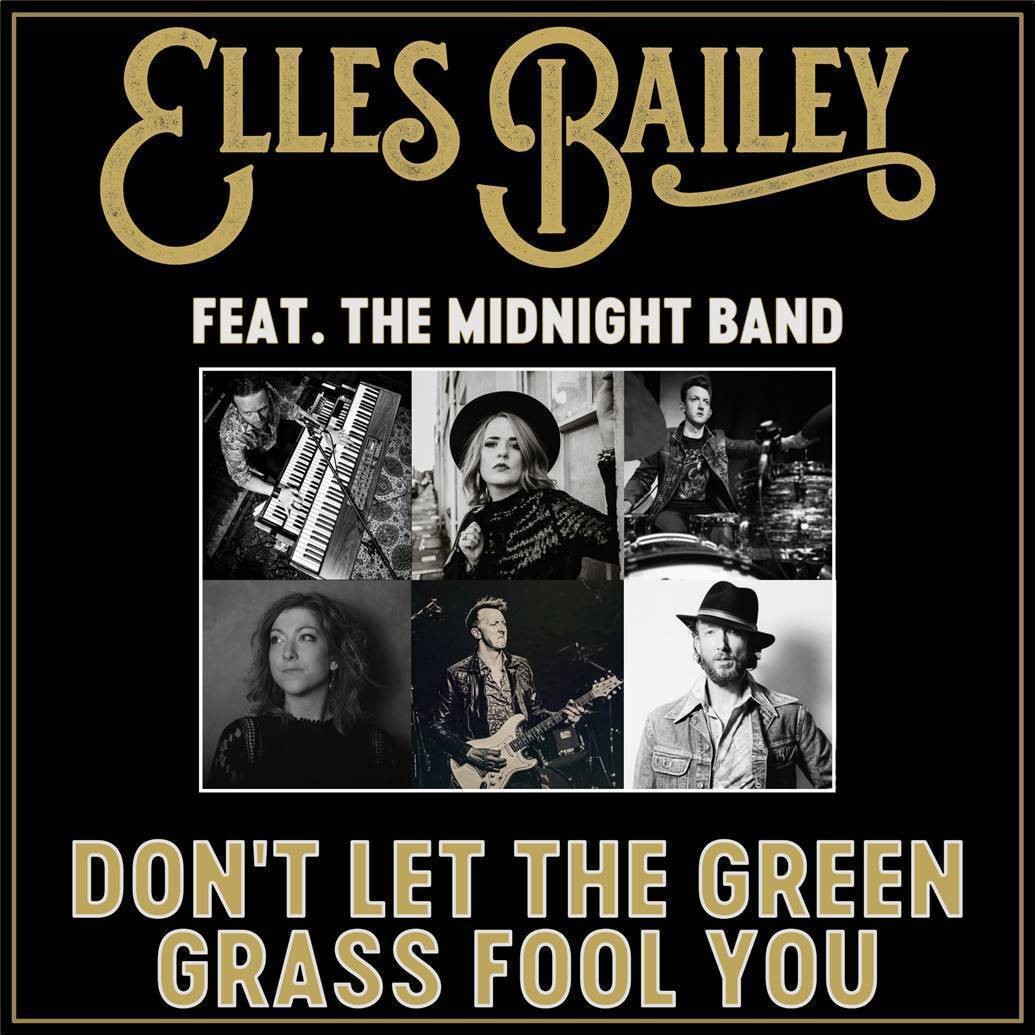 The blend of Elles’ trademark, soulful timbre and timing with The Midnight Band’s sound works beautifully with this early 70s’ Wilson Pickett classic. And the mix is so skilful that you’d never guess the parts were laid down remotely.

The video shows the artists performing their parts, brought together by the magic of Phil Wilson’s audio and video mixing, with a Zoom-like feel to it!

“I really hope you enjoy this version as much as we all enjoyed making it!” says Elles, “I’m looking forward to meeting everyone involved in person, once this is all over!”

“I will admit one thing, though,” she admits, “I never got the memo about dressing up! I figured every day is dress-down Friday when in lockdown!”

In other Elles’ news, she’s thrilled to be hosting a Roots Radio show, ‘Putting Down Roots’ which will be broadcast every Thursday between 8-10 p.m. on Feedback Radio. Other presenters include Kris Barras and Big Boy Bloater.

Laura Evans Releases Her New Single ‘Drag Me Back In’

Hannah May Allison Prepares To Release New Single “Not Your Girl”