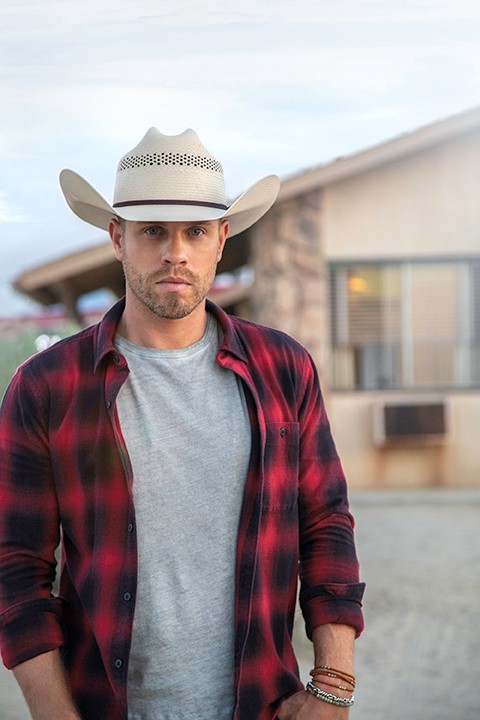 Dustin Lynch is celebrating his latest #1 single, this time as both an artist and a songwriter. With mixing “a shot of R&B into his country tonic” (Taste of Country), the PLATINUM-certified hitmaker’s “Good Girl” tops both the Billboard and Country Aircheck/Mediabase Country Airplay charts this week. Finding “an unmistakable sound to call his own,” he co-wrote the surprise summertime anthem alongside Justin Ebach and Andy Albert that left fans and critics wanting more (Taste of Country). Amid growing international airplay from the likes of BBC radio & Chris Country, Lynch is due to perform arena shows in March as part of the C2C Festival in London, Glasgow and Dublin (dates below).

“I’ve never started the year with a #1 song, and I’ve got to say, this feels really good,” Lynch remarked. “I moved to town with the dream of writing songs and singing on stage, and finally the stars aligned, and everything worked out. I’ve learned the lesson of perseverance, of hard work and continuing to hone your craft.”

Following the success of his third studio album ‘CURRENT MOOD’ (BMG/Broken Bow Records), “Good Girl”delivers Lynch’s SIXTH #1 as an artist with 47 MILLION total streams and garnering over 455,000 in consumption. The hit is a landmark achievement unique to his previous chart success, marking his first #1 as a songwriter, something Lynch has waited for since the beginning of his career and finds “very very special. As a songwriter, getting a #1 is life-changing.”

Lynch’s previous #1 hits include PLATINUM-certified “Small Town Boy” and “Where It’s At,” and GOLD-certified chart-toppers “Hell of a Night,” “Mind Reader,” and “Seein’ Red,” tallying an impressive 5 consecutive #1 singles between 2014-2017. His signature Tennessee sound has “steadily built one of the most consistent careers in modern country music” (Billboard).

In 2018, Lynch was inducted into the Grand Ole Opry by iconic entertainer Reba McEntire. He presented the awards for Single Record of the Year and Single of the Year at the 53rd ACM Awards and the 52nd CMA Awards, and wrapped 2018 with the Reason To Drink… Another Tour, packing out venues nationwide with Cole Swindell and special guest Lauren Alaina.

This year, in addition to making his UK/Ireland debut at C2C in March, Lynch will join the Canadian leg of Thomas Rhett’s Life Changes Tour in April and North American Very Hot Summer Tour starting in May as direct support, but that’s just the beginning for this “Country music star” (AXS).
“Hopefully as a songwriter this is the start,” said Lynch. “With new music on the way, I can guarantee there will be more right around the corner.”

Since releasing his PLATINUM-certified debut single, “Cowboys and Angels,” Lynch has “steadily built one of the most consistent recording careers in modern country music” (Billboard) with six #1s (his most recent “Good Girl” marking his first #1 as a songwriter), three Top 5 albums, PLATINUM-level certifications and tours with the genre’s biggest names (Luke Bryan, Florida Georgia Line, and Brad Paisley). He’s gearing up to join the Canadian leg of THOMAS RHETT’s LIFE CHANGES TOUR in April and North American VERY HOT SUMMER TOUR starting in May as direct support, and will visit the UK for the first time for C2C 2019 in March. Racking up over 238 million views on YouTube/VEVO, scoring one BILLION streams, soaring to #1 on the MTV Music Meter, and selling 4.5 million digital tracks, the newest member of the Grand Ole Opry brings a fresh combination of traditional influence and edgy intensity to the genre.

Realising his longtime dream of creating a fashion line, Lynch has also branched out to launch Stay Country. The line of accessibly priced men’s and women’s shirts, hats, and accessories, all emblazoned with the distinctive Stay Country logo, can be found online at www.staycountryclothing.com. Dustin Lynch performs his first UK/Ireland shows at C2C Festival 2019 on the following dates:

Farewell Angelina – A Musical Sisterhood for All People