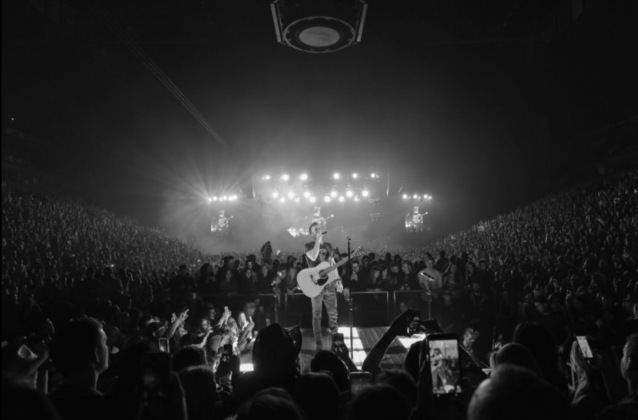 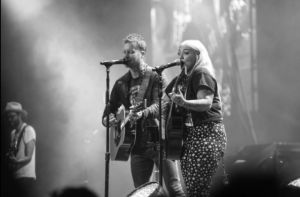 As Multi-PLATINUM singer/songwriter Dierks Bentley stepped on Nashville’s Bridgestone Arena stage for the first time as a headliner, he immediately earned a deafening welcome from a sold-out crowd in Music City, that stayed on their feet for more than two hours until the very last note.

“You have no idea how much this night meant to me and the guys. This is a Stanley Cup…game seven of the World Series kind of night,” said Bentley. “I have my home team, my home crowd and I hope to leave the stage with no voice as a sign I did the job right. Thank you for making this one of the best nights of my life.”

Between chart-topping hits that kicked off his career like “What Was I Thinking’” to his current critically acclaimed “Black,” Bentley surprised fans when collaborator and friend Elle King joined him onstage to perform the CMA award-winning and GRAMMY nominated No. One hit “Different For Girls.” After challenging himself to covering George Strait each night of the tour, Bentley invited opener Jon Pardi back for “Carrying Your Love With Me,” before Cole Swindell returned for his latest single “Flatliner” with Bentley. To cap off the night, the encore’s “Drunk On A Plane” included Kelsea Ballerini, King, Swindell and Pardi. 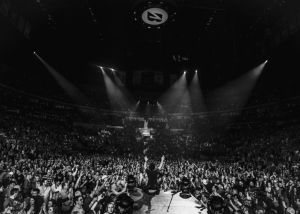 Bentley is known for getting “stronger and stronger with every release and is one of the few artists that can go from bluegrass to country” (Billboard) as he recently released his eight studio album BLACK. The title-track from Bentley’s “most fully-formed LP of his career” (TIME) serves as his latest single, while its music video serves as a “passionate storyline” with the “perfect accompaniment to the personal message of both the song and the album” (Rolling Stone). After debuting at the No. One position on Billboard’s Top Albums Chart and Top Country Albums chart, the critically-acclaimed album has already spawned two No. One hits, the PLATINUM certified chart-topping hit “Somewhere On A Beach” and GOLD and GRAMMY nominated “Different For Girls” featuring Elle King. Bentley has now amassed 15 No. one songs, 13 GRAMMY nominations and is a recent CMA Award winner for Vocal Event of the Year. “The bluegrass picker, the love song singer and the stadium rocker all packaged together” (Associated Press) has been a Grand Ole Opry member for over a decade and “has developed a rapport with his fans as a live performer that artists possessing 10 times as much headlining experience can’t boast” (Charlotte Observer). For more information and a full list of 2017 WHAT THE HELL TOUR dates, visit www.dierks.com.