I Hope It Hurts 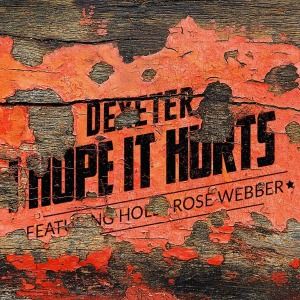 How amazing is it to see so many British country music artists and bands successfully taking on a genre that was for so long solely the domain of their American counterparts?

In particular, I am so proud of those independent acts who are making their names without the financial backing of a major label, many of whom still hold down a “ day job” whilst writing, rehearsing, recording and touring, and Northamptonshire’s Dexeter definitely fall into this category.

While their first debut album put them on the country music map, winning support from many industry heavy weights including Bob Harris and Baylen Leonard, this new single excites me in that it shows how versatile they are and brings out their more bluesy/country rock side.

Written by band member and lead guitarist Gareth, vocalist Deeanne puts some great emotion into singing about how a seemingly perfect guy she met at a party ( “ before he started talking I could tell he was the only one”) turns out to be a “ lying cheating my heart stealing waste of air” . Lyrically this is one of my favourite songs of theirs to date ( all credit to Gareth for writing from a female perspective!) there’s a great strong back-beat throughout and some fantastic guitar riffs that give it that blues feel I’ve mentioned. The slow middle eight works really well adding an extra dimension before the drum beat kicks back in and the pace picks up again for the final verse and chorus, with additional and effective backing vocals……” I hope you get what you deserve and I hope it hurts”…….

As I write this, the band have just finished their latest tour having sold out many of the venues, and are currently sitting at no.1 on the UK iTunes Country Chart with this single, so must be feeling pretty good right now! In the words of the song, they have got “what they deserve” and have every right to be proud of what they have achieved so far, which I’m sure is only the beginning of things and I’m really excited about what the future holds for Dexeter.