Darling West commented about the song:

Spending time in California seems to have an impact on every songwriter. There’s definitely a west coast vibe shining through on this song. We all wish for the long summer nights to last forever, although deep inside we know we have things to deal with in the light of day. And some of us are better at putting that off than others.

About We’ll Never Know Unless We Try:

Cosmic folk. That’s the term Lucinda Williams coined for Darling West after sharing the stage with the Norwegian duo a few years back. An appropriate term for their forthcoming album We’ll Never Know Unless We Try, combined with new material which also leans into sunny West Coast landscapes. 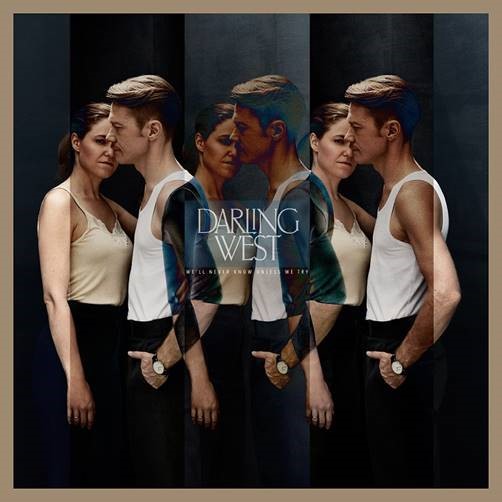 On We’ll Never Know Unless We Try the band serve up top-down-wind-in-the-hair pop songs along with tear-jerker ballads. With all the time spent in the US in the last three years, it’s fitting that the one and only Aaron Lee Tasjan has co-written one of the songs.

Main band members Mari and Tor Egil say on the process: ”After two years of intense touring, and meeting tons of people, we are left with a feeling that there are many good forces at work in the world, even though the state of things can sometimes seem hopeless. Even though it wasn’t a planned theme in the songwriting process, we seem to have been inspired by this, and that hope and encouragement has become a common thread in our lyrical universe this time around.”

Darling West are always on the move. Since the release of their Spellemann-winning (Norwegian Grammy) album Vinyl and a Heartache (2016), they’ve been to the United States so often that you easily could call it their second homeland. Their Nordic twist on American songwriting traditions was further showcased with While I Was Asleep (2018). This time, parts of the new album were written in Nashville and on tour both in the US and Europe.

We’ll Never Know Unless We Try was recorded in Propeller Studios in Oslo, and produced by Kåre Chr. Vestrheim (Marit Larsen, Highasakite). The music regularly pays tribute to heroes such as Fleetwood Mac, Jackson Browne and The Byrds, while what has become the trademark Darling West sound seeps through everything – with acoustic beauty, gorgeous harmonies and melodies that won’t let go.

TC in Conversation with Olivia Lane