Following on from their captivating live performance of ‘Battle of the Bands’ at the British Country Music Association Showcase evening back in November when Emma Jade (BCMA Best Female Nominee) joined Alan Finlan (BCMA Horizon Act Nominee) on stage during his set, and after receiving such incredible feedback from the audience, the pair decided that the song needed to be recorded. The single (which was written by Stephen Manley) has since been recorded and is set to be released on 14th February 2020. We are also delighted that the single will also feature pedal steel played by the great multi-instrumentalist Justin Schipper who played pedal steel and dobro on tour with Josh Turner and Shania Twain and has performed with Carrie Underwood and Little Big Town. After Twain’s Still the One performing residency in Las Vegas, Schipper turned to studio work, playing banjo, dobro, guitar, mandolin, and pedal steel on records for the likes of Sugarland, Tim McGraw and Faith Hill, Lauren Alaina, Kristian Bush, Mickey Guyton, Chris Janson, Lady Antebellum, and Parmalee. Justin recently co-produced the soundtrack for film,  The Last Movie star starring Burt Reynolds.

The story behind the song (in words from the songwriter Stephen Manley):

I actually started thinking about the dynamics that exist in relationships – whether they’re young loves, a married couple or something in between. About how both individuals are striving to be themselves and the friction it can create. Is it possible for both people to be their true selves and yet, be in a relationship that works? Sometimes it can feel like your fighting for your identity and maybe the other person is doing exactly the same – it’s a competitive situation. Then came the metaphor – battle of the bands. I didn’t want this to resolve with a winner and loser situation – it needed to be a realisation on both sides – hence “we can’t win without the other”. Even in a relationships’ lowest moments – if two people can both be in disagreement – in a way, that kind of makes both individuals the same. They at least have that in common. I felt that still counts for something. The other person is essential for you to grow into the person you need and want to be. The battle, I felt, IS the story. The song was written before it was placed. An unusual scenario for me. I was working with Alan Finlan and asked if he’d give it a go and send a phone recording back. As soon as I heard it – it was believable. He made me notice different angles in the lyrics. Alan brought it to life – he’s a character who’s voice just draws you in. Then I had the idea of it being a duet. Let’s bring both characters to life here. With a few lyrical and structural changes it was ready. So I needed a female to duet with Alan – someone mournful, haunting, soulful yet gritty and a vintage country vocal. If it was a game of ‘guess who’ then only one name remains for me – Emma Jade. I heard them perform it together at the 2019 BCMA showcase and I was blown away. I was blown away because a lot of other people were too. This song just had to be cut. 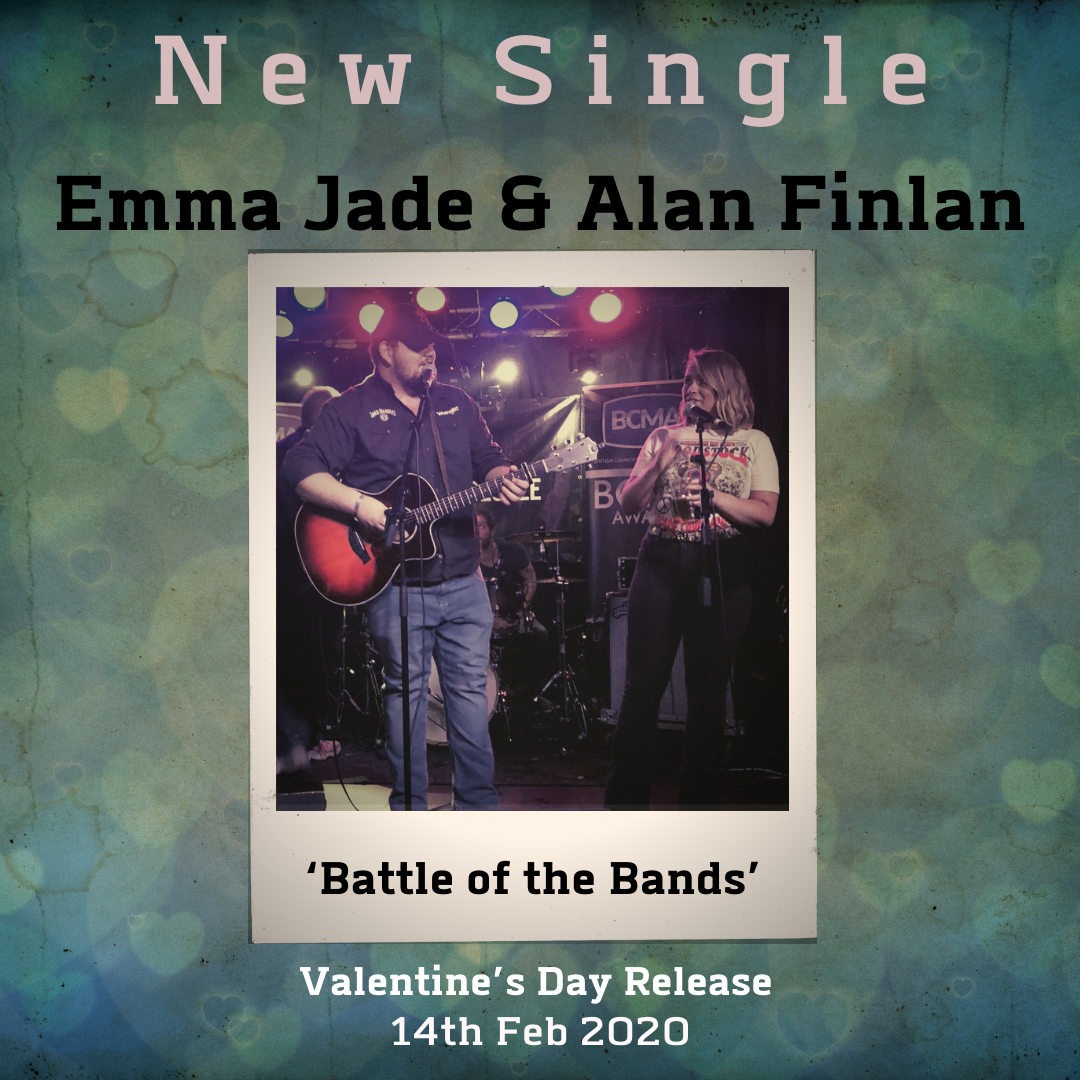