From The People Who Brought You Country to Country 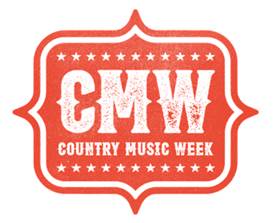 www.countrymusicweek.com
The organisers of the hugely successfully Country to Country music festival, which kicks off today at The O2, London, have announced Country Music Week – a brand new week-long series of shows taking place from Monday 2 to Sunday 8 October 2017.

Country Music Week (CMW) will feature live shows and unique events across select venues in central London. The events will recognise and celebrate emerging artists within the broad spectrum of country music.

Inspired by the Country to Country (C2C) Pop Up Stages which over five years have introduced fans to such artists as Maren Morris, Sam Hunt, Charlie Worsham and Striking Matches, Country Music Week will give fans another opportunity to discover UK and US acts early in their career. CMW will also connect fans with the stories behind the songs and will include late night programming and a central hub area.

Programming and other supporting partners will be announced soon.

Further information on artists and tickets will be announced soon.