Craig Campbell is a favourite of ours here at Think Country and we were so happy to be able to sit down with him following his performances at this years Country2Country Festival in London. Find out how he felt about being in the UK for the first time! 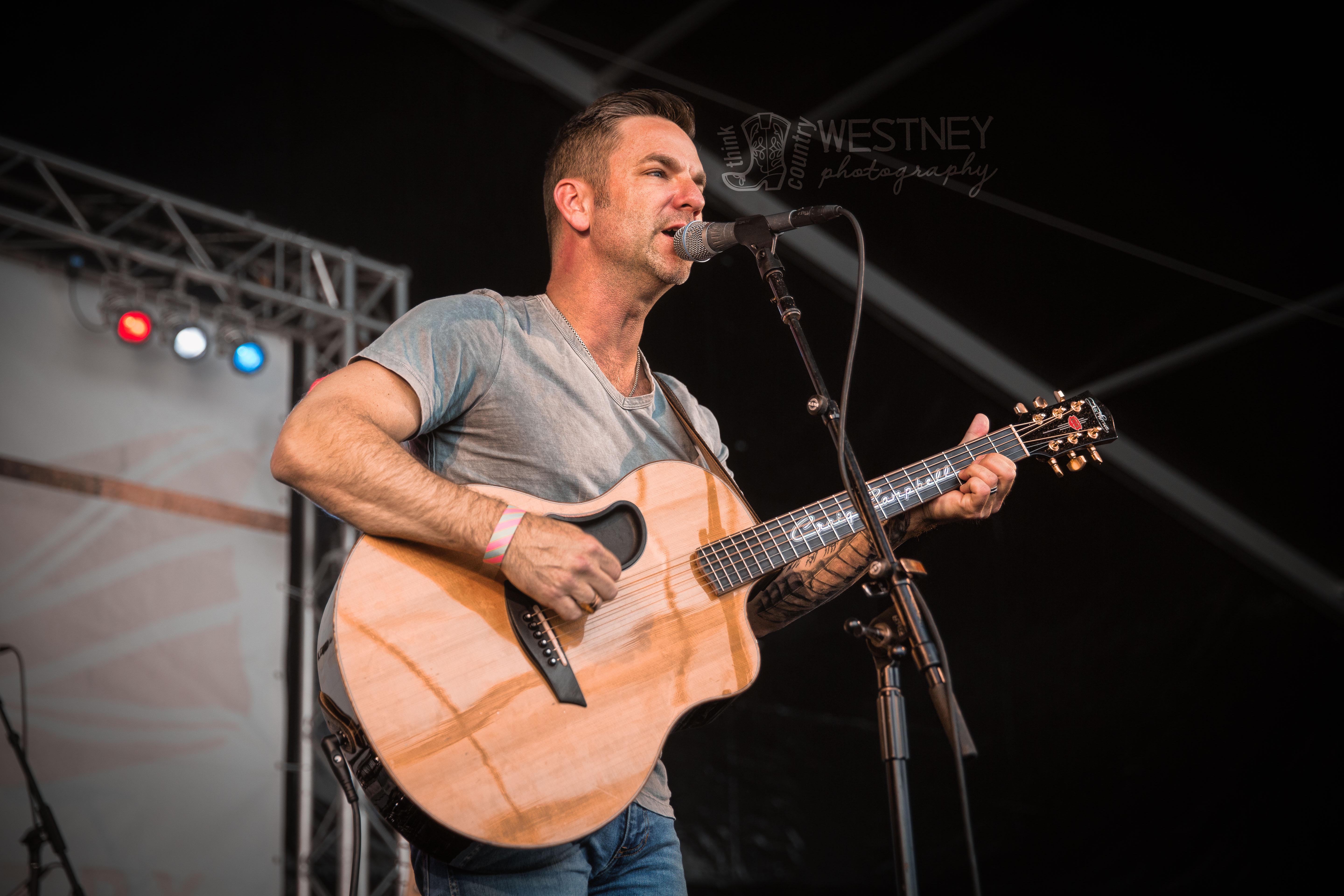 Amy: So, you are finally in the UK. I feel like every time I’ve seen you in Nashville. It has been a case of ‘when i come’, ‘when I get over’.

Craig Campbell: So here I am!

Amy: So have you played here before?

Amy: Is this your first trip to the UK?

Amy: How are you finding it?

Craig Campbell: So far so good. I called some friends of mine to see what to expect. They just said expect some really, really good country music fans and that’s exactly what I ran into. And um I love it here. I can’t wait to come back!

Amy: So I saw some of your set in the town square. It seemed like you played a nice mix of some of your older stuff to some of the stuff you’ve got out now and everyone seemed to know everything. That must have been nice?

Craig Campbell: You know, and I didn’t know this until we came over, that my first two albums are hard to get ahold of. So most of the requests that we got were from the new album. So I didn’t realize until that, then I said well I guess I need to play a couple of songs off the new E.P. but yeah each time I played up tried to play a handful of different songs then I played previously.

Amy: And there was someone in the audience with a Craig Campbell hat on a T-shirt. That must be cool to see 4000 miles away from home! Especially on your first trip.

Craig Campbell: Yeah, they came from Norway. He was he was amazing he’s like I saw your name and said you’re the only reason I’m here. So that was pretty cool. Yeah.

Amy: I feel like the whole of Scandinavia actually is just a great place to go. They seem to be obsessed with anything American,  Be it old American muscle cars to country music and rock and roll. They seem to love it.

Amy: So you are just in London, this UK trip?

Amy: I saw some of these pictures on Instagram! So no Glasgow or Dublin?

Craig Campbell: No not this trip.

Amy: OK, but you have plans to come back?

Amy: So will you come back on a headline tour. Would that be the plan?

Craig Campbell: I think so I think we’re gonna try to figure out what the best move is. Obviously it’s expensive to bring a full band over here so we want to be able to make sure we can at least sell some tickets to cover all the expenses! So if it’s not the next time it’ll be soon after that right if we bring the full band.

This is a really good platform for coming over. What you will find generally is that although we’re getting more shows over here there’s still quite a small amount of Country music shows that people can actually go to. So you tend to find people will just buy tickets because it’s country. So you have those people that would just buy tickets regardless of whether they recognized your name or not. Then you’re going to have all the people that you’ve play to here over the weekend. I’ve heard good things to from people talking. Everyone thoroughly enjoyed the set yesterday.

Craig Campbell: I think so. I’ve had a good response, I mean I feel good about it.

Amy: It sounded good to me! So you have just finished up playing the Bluebird Cafe stage. I’m assuming everyone was very, very quiet and attentive?

Amy: Is it nice being able to play your own stuff so far away from home and really have an audience like that. I know a lot of artists come over and they can be a little bit taken aback by how quiet our audience can be.

Craig Campbell: Well, the Bluebird, that’s the way it is over there [Nashville]. So it was expected to come over and play and or at least in this room knowing that we were going to do the right around thing where each person does a song and it goes to the next. It was expected that I was going to be that kind of audience and I love it. I love being able to tell the stories behind the songs and having an audience that’s not there to really, you know, throw down if you will. They’re there to listen to the songs and that’s what the Bluebird is all about.

Amy: People get very invested over here. So for anyone in here that hadn’t already listened to stuff. I guarantee you they’ll be going of to find everything you’ve ever done.

Craig Campbell: I hope they will!

Amy: Have you got anything going on in Nashville for CMA Festival?

Yes, we tried to do some of the same things kind of over the past few years I’ve been doing my corn whole tournament. That will be June the 4th, City Winery is gonna be basically the same set up so we’ll do that. The Thursday, at the moment, I’m doing my karaoke with Craig show where people can just come by if they want to sing they can get up and we’ll play, we’ll be their band. We’ll do that for a few hours at the Stage on Broadway and then I’ll have other things going on too. But those are those two things that I know I am doing.

Amy: I know there will be a lot of people here that are gonna be taking the trip out to Nashville so it’ll be good for people to know where you’re going to be! With regards to your music. What’s out now? What have you got coming? And, where can people go to find it?

Craig Campbell: We’re in the process of making a new record. Last year we released the EP: See You Try. It was supposed to be like a prelude to the full length album but we’ve decided, especially with some unexpected turn of events, we’re actually going to record a completely brand new album. It has nothing to do with those songs. Hopefully that will be out before the end of the year. Before summer-ish.

Amy: Hopefully in time for CMA?

Amy: So all the streaming sites, Spotify, Apple Music, etc and how about if people want the physical CD?

Craig Campbell: My website, yeah that’s the only place you can get the EP. The physical part, the CD itself. You just gotta go to my website and we will ship it!

Amy: That’s great and then hopefully we’ll see you back here by the end of the year?

Craig Campbell: That’s what we’re gonna try. Hopefully within the within twelve months and maybe be back for this festival as well. So that would be great!

Amy: I hope that is the case, I know there is a lot of people that would love to see you play again! Thanks so much for sitting down and talking with us. Have a safe trip back to Nashville.