Before he took the stage for the CMA Songwriters Series in London, ahead of the Country 2 Country Festival we got a chance to catch up with singer-songwriter Ross Copperman. We were surprised to find out he lived in London for a while! Find out how he feels to be back and what it was like for him working with Keith Urban! 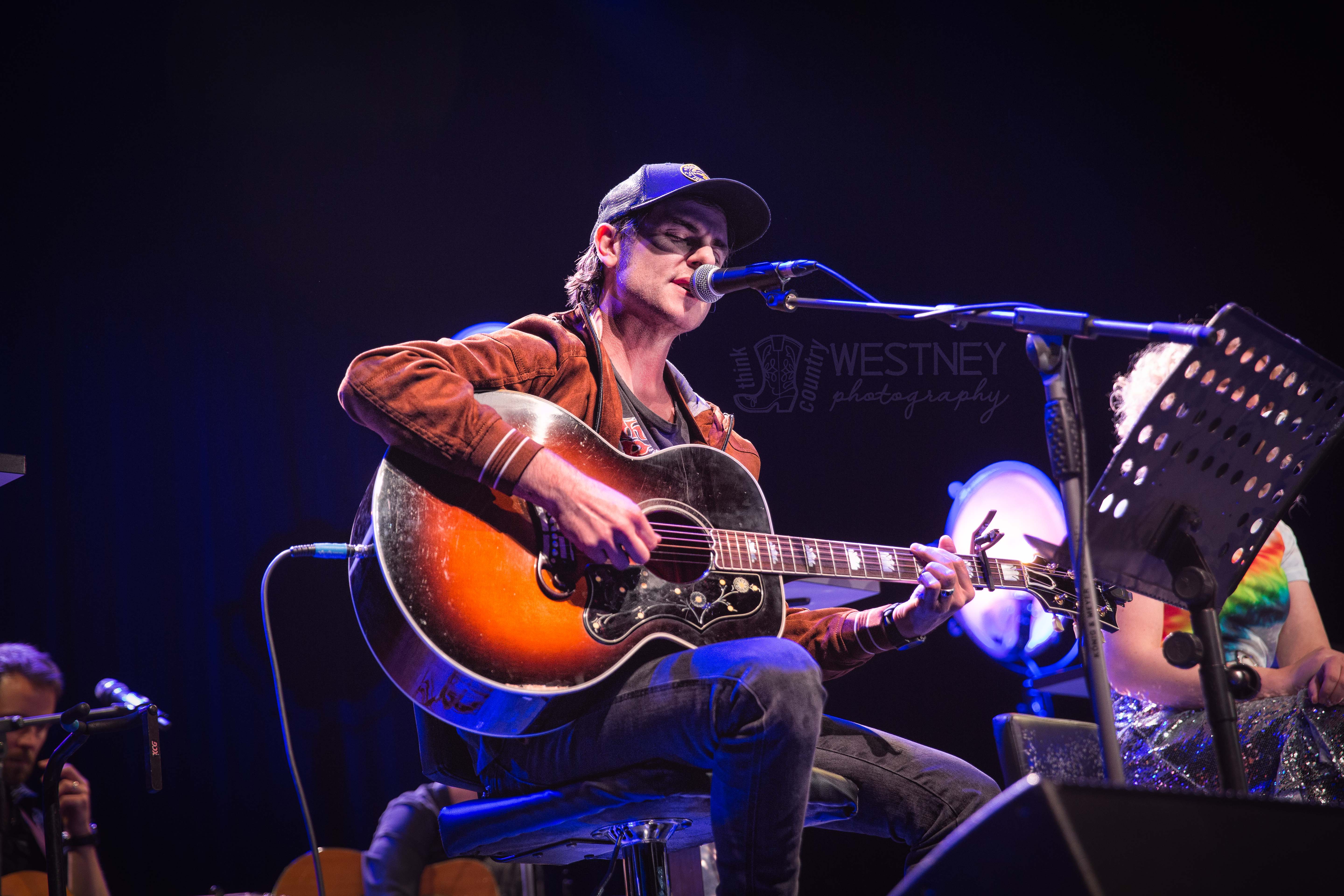 Amy: Ross, lovely to meet you, thanks for sitting down with us. So is this your first time in the UK?

Ross Copperman: No I lived here for two years. I had a record deal with Sony about 10 years ago. I put out an album here with Guy Chambers and I toured the whole UK. So this is the first time I’ve been back in ten years.

Amy: That just made this interview all the more exciting!

Jamie: What were you living when you here before, in London?

Amy: Ah, in the cheap area!

Ross Copperman: [laughs] It’s funny, I got a record deal and they put me up on a flat in West Kensington. I moved over here with a guitar or a suitcase when I was 23. Crazy life experience, man.

Amy: Why did you move back?

Ross Copperman: You know, I had two Top 40 hits here and toured a lot. Then it came time to put the album back out in America and we couldn’t get the momentum to put it out in America and it was kinda a choice of like, well do I stay in London and keep doing it? I was homesick and just wanted to make records at that point. I’ve really learned a lot from Guy Chambers. I would stay in the studio with him then after he would leave and just kind of like tweak on the tracks and he’d come in the next day I’d be like, what the hell did you do?. I realised I really loved doing that and so I moved to Nashville because it was close to Virginia where I’m from and just went in headfirst, man. Started meeting people, going out, playing rounds and just like hustling it and just working my butt off and I haven’t stopped! I’ve been grinding for ten years.

Amy: You are here so clearly it’s paying off!

Ross Copperman: Yeah, I think if you put in the work and you’re smart about it, you study it. Yeah…

Amy: I think if you’ve got that determination and that will to get somewhere, then eventually you’re going to, you know, it may take it might take a bit longer than you thought but they say it’s a 10 year town. Ten years of hustling. It’s definitely this [makes a wave motion with hand], it’s not this [motions up] like the upword just…

Right, a couple of my friend they moved to Nashville around ten years ago and they just got their first Top 40 hit along with some other great album cuts with a new artist but thats another scenario that just proves that 10 year town thing!

Ross Copperman: Yeh it takes that then, [clicks fingers]. You know, I do miss being over here though.

Amy: So this the first time you’ve been back for 10 years, and for this festival which must be great!

Jamie: What do you miss most. What kind of things, now you’ve come back this time, you think you ‘oh my god, I can’t wait to come back and have this again’?

Ross Copperman: I mean the city’s changed a lot. Yeah I mean Uber wasn’t here. I think it’s like a foodie town now. I don’t think it was like that. But what I miss the most is the culture. Yeah, I miss how much music matters here. I love that about the UK music really matters here. Yeah you guys listen to entire albums. I don’t know if that’s true but I feel like y’all are really like in music.

Amy: When it comes to the country that’s definitely true because we don’t have country radio.

Jamie: Right with the albums they don’t know the difference between the radio single and any other track.

Ross Copperman: Because you don’t have Country radio!

Ross Copperman: Yeah, so he has a station.

Amy: Yeh, it is a digital radio station.

Ross Copperman: Interesting, so you have to go and get the record? Y’all are on Spotify listening to it right?

Amy: Right, but they won’t just listen to one song so they listen to the entire album.

Amy: You’ll be able to find probably like 50 different CMA Songwriters 2019 playlists and it’ll be every single one of your songs, Laura’s, CAM’s, Travis’, Jimmie.

Ross Copperman: Wow, you know it’s funny, 10 years country music was not even a blip on the map here. Like Keith [Urban] was the only country artist I feel like that was like touring over here.

Jamie: Well even Keith it was 12 years ago since his last one.

Ross Copperman: He was I remember him playing a show, like, small stadiums.

Jamie: Obviously one of songs that you’ve been involved with writing. John Cougar, John Deere, John 3:16. We think it was two years ago, maybe three years ago, the guy you wrote that song with, he sat on that same stage and he did that song to open.

Jamie: Yeah, yeah, so he you know he played, him and Lori McKenna both played the same round one year and one of the things about it, what’s so different is, with the country fans, they want to know the story. They don’t want to know it as a radio hit they want to know everything behind that.  How did that song come about?

Ross Copperman: You know we I kind of had that vibe on that track and I was kind of mumbling, just kind of mumbling and we always kind of start talking about this American nostalgia and things from our culture that we loved, guitars, a little bit of rock and roll and kinda talked about how all these things made us who we are. How we learned everything we knew from listening to music on the radio, John Cougar, and then you know living in the country. Mowing and riding around on tractors and fields with John Deere and everybody here goes to church, hand on the bible, John 3:16. Yeah nobody had that idea! That was the point Keith suggested maybe making the title picture of three portajohns, three of those in a row, three johns. We messed around with some funny ideas but that’s one of my favourite songs. So yeah it’s a special song.

Jamie: I think now says that’s a song that people really want to hear particularly after seeing Keith play it last night. I think that is our cue to finish up! Cheers for talking to us, we are really looking forward to the show!