For many people, there is only so much Jamie you can take! I’m sure the rest of the team at Think Country think I cause enough chaos on my own that I don’t need reinforcements and there is already far too much to go around! For me, my goals are bigger and venturing towards world domination so what’s better than one Jamie? Two Jamie’s! Originally hailing from Austin, Jamie Burke brought her energy, positivity and creativity from Texas through Colorado, Nashville to now to New York. She is definitely a fellow Jamie and not one of those “Jaime” impostors, so how could I say no to find out more about someone with such a great name combined with an exciting voice and so much passion for storytelling in their music that had grew from a young age.

Her lust for music more than grew, it became an obsession where she would be spending every opportunity going to as many shows that she could with her father. This opened her eyes greatly to the industry about being more than just about performance as due to her dad being a radio DJ she found her way regularly backstage and getting to meet a lot of people that inspired her further. This passion for music, songwriting and creativity eventually took her to study it at college as she found her way to Nashville, TN. The formal studying of Music Business and Technology was not however the way she felt she was learning the most, like a lot of people find in Nashville your horizons are broadened through the art of networking and honing your own craft. She was constantly writing and working on a sound true to her as she took in the surroundings as she began to develop as a country artist which she supported herself by working in bars, performing and releasing music which was fitting for some time. Her most recent release came out in early June when her 4 track EP “Reckless and Relentless: The Nashville Diaries” (which is available on Apple Music / Spotify) looks back on her experiences here before once again a change of scenery was again on the cards:

There was a lot in motion. I went through a really bad year the year before, losing relationships both romantic and friendships then getting into trouble, feeling lost and not being inspired at all. Also I just felt like I had been there for 10 years and wanted to grow! Suddenly I had this realisation that I hadn’t really grown as a person or as an artist, so my style of country is not riverbeds and chewing tobacco, I can’t sing about big green tractors, but I can tell stories. I wanted to find a new sound for my music and inspiration.

After a decade living in music city, Jamie once again headed for pastures new as she headed north east 18 months ago as since January last year she has been living in New York city. The one noticeable difference she has seen about living in Harlem compared to Texas, Colorado or Tennessee is the heat and this was not something she anticipated along with how it is not a dry heat like she is familiar with as being by the water combined with the concrete metropolis that the city is generates a different sort of sweaty feel. However the big positive change she has felt is feeling safer in New York due to the presence of more cameras and despite still not always being comfortable alone as a female due to unpleasant comments she hears on the street, she feels there is far more response from other members of the public when catcalling goes on to shame the individuals partaking and that women are viewed more equally than they are in the south.

I definitely think New York has made me stronger. I moved here with just a few hundred dollars and no job, then I was getting lost here the first month, so I was just Ubering everywhere then when that money ran out it was OK, it’s time to get creative! I hardly wear heels unless it’s for a photo shoot or something because you are constantly walking. In Nashville it would be unheard of to walk from say 5th to The Gulch on 12th! People would be like you walked? Here I walk a mile and a half to the subway every day. 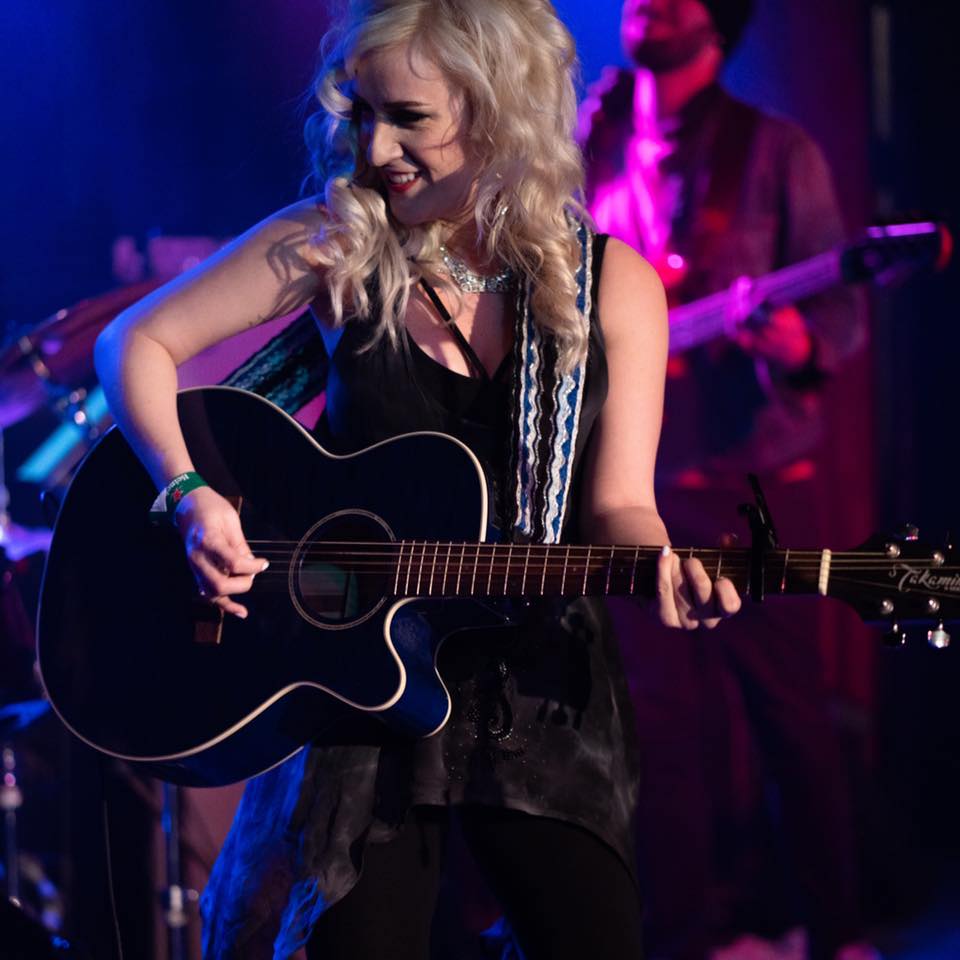 Despite the fact she has “ping-ponged all over” as she put it, Texas is still home! An almost spiritual thing where that is where her soul just feels right, then if she was ever in any doubt of this she has her own permanent reminder with the state of Texas tattooed on her back (this was her first tattoo and there may have been some margaritas at a Lady Gaga concert involved before getting it?).

The next musical chapter is just around the corner as new her next release “Unexpected” is imminent and not only does she feel every song is so different on the project but she has become more accepting of her style of country music that simply tells her stories and is true to herself. Working with a fellow Nashville expat living in New York as her producer she knows she isn’t a banjo driven country singer, she is “Like a punk rocker, that tells stories of country singers!” that sometimes reminds you of Miranda Lambert and sometimes Britney Spears.

A first initial taste of this music came on June 15th when she shared the music video for “White Dress” which was shot the last last week of February which a song which she wrote for her boyfriend Sean that emphasises the value of love and unity but more importantly about acceptance because love is love which is delivered in this delightfully uplifting mid-tempo toe-tapper that has so much depth lyrically.

I wanted to release the music video in April for our anniversary but that didn’t happen, though it actually turned out to be better. The video got released during Pride month and the same day the Supreme Court made this amazing ruling protecting LGBTQ workers from discrimination.

Recording the song had not been as straight forward as things were in the past as for example, the audio for the video was taken from a scratch tape as the current situation in the world due to COVID-19 has been a challenge in many ways for so many people as particularly in the creative industries it looks like people may be out of work for a substantial amount of time. The impact of the pandemic has “challenged me as a musician and everyone on the project has had to get really creative” and she has had to look for new ways to connect with people whilst she has taken the opportunity to be more still and have time to herself. The recording process for her new album has been done remotely and through the magic of texts and Facetime and Zoom a studio isn’t needed in the same way to collaborate ideas! Although it does help particularly when your neighbours have one and you need to send over a new line where a lyric has been changed like in the scenario for her next music video:

We just shot the video last week for the first song that I wrote when I moved here called “New York City” which is about letting go of toxic relationships and moving on then finding yourself again. It’s definitely my favourite song I’ve ever written.

With her new found happiness in New York and plenty of new music on the way which we are very much looking forward to hear and share, there is plenty on the horizon for Jamie Burke! Her stories are real and the way she tells them is really energising and creative in a way we are sure you will quickly become a fan of too! She has even found time to write her own children’s book “The Many Adventures of Daisy the Dog: Daisy in the Park” which also was released last month and you can find on Amazon HERE, so maybe there is plenty of hope for Jamie’s taking over the world even in crazy 2020?

To get more info on Jamie Burke or keep up to date with her, make sure you check her out on Facebook & Instagram